Three Flamethrower test i was currently doing with unreal particles, each texture is 1024 * 1024 in size, i will optimise it more later.

I have to now try it with proper character controller and movements. 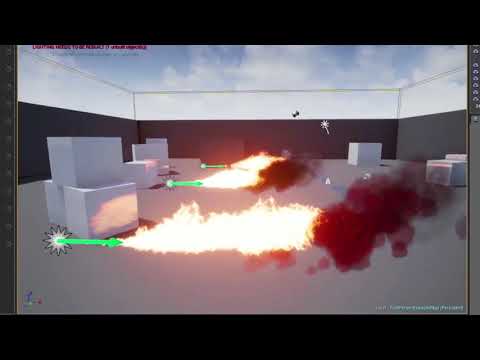 I think the one in the middle looks the best. That one has the best feel to it. I do think the transition from flames to smoke is on the harsh side. It could be a bit more gradual.

Thanks Madosho, for your time and reply.

I am trying to attach this effect to a character controller and actually wanted to play and see the effect from player camera.

I will make more changes including the smoke one which you suggested to the effect.