A new Houdini tutorial is now live! This time, I’m showing how to build a simple tool and bring it into unreal using Houdini Engine. The tool can be used to generate swooshmeshes for weapons or swirly planes to use in magic effects. Like @Augie called them: Soulercoasters. Thanks to houdini engine, you can now create these meshes inside of Unreal.
Like always, we’ll start with an empty houdini scene and end up with a finished asset in unreal. 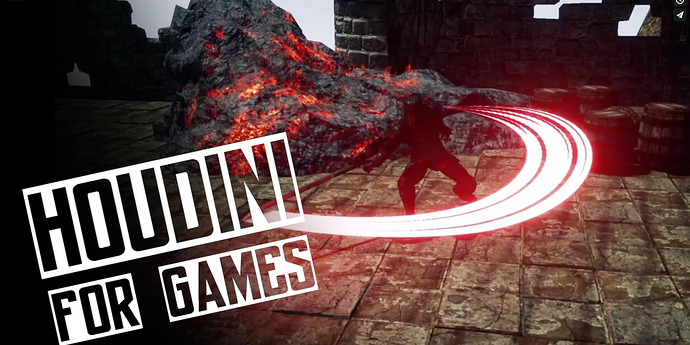 We really need a proper name for stuff like this.
Also great tutorial! hugs

Oh man, this thing looks slick to use! Wish it was an external tool

Thanks for the tutorial.

How about Swooshcoasters? That way you get best of both worlds!

External in what way? This tool would run in any software that handles HEngine. So, unreal, unity, maya and so on.

Maybe he means a stand alone tool outside of Houdini?

Got a really good question on discord that I wanted to share with you.

The question was regarding how to turn it into a cross mesh instead of just a plane. This is really easy (1 new node) so I figured I’d share it with you.

First for tidyness sake, you move the line down by half its length, like this:

Then you drop in a “Copy and Transform” node and tell it to rotate every copy by 360/numberofcopies*2.
Like this:

Don’t forget to expose the number of copies to the HDA so you can tweak it in Unreal.

And then you go into the sweepnode and set the cycle type to One Primitive at a time:

Another fun setting to expose is the twist, found on the sweep node. That allows you to make cool, twirling meshes:

I’m not at my PC so I can’t check, but I think that’s the version I use. Could you post a screen?

If all else fails you could use expressions to do it. The first point to get is 0. The second is ($numpt -1) which means: total number of points - 1 (to compensate for starting at 0).

Is there a similar node to grouprange in Houdini 15? 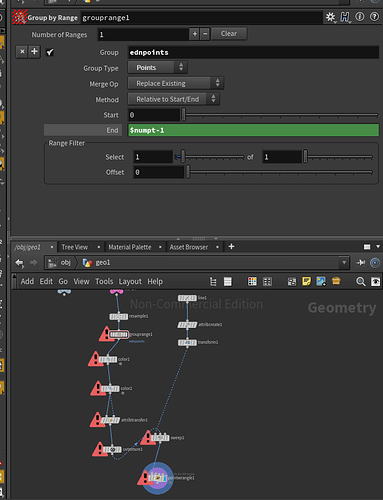 Maybe I did something wrong, but it shows some errors after enter this expression

No, but you can use the range section in the Group node to do it.

I’ll have a look tonight when I finally get hold of my pc again.

Another magic from Partikel, I love it! Thank you for sharing your knowledge.

The easiest way is to set the start and end to 1 so you end up with the opposite of what you want. 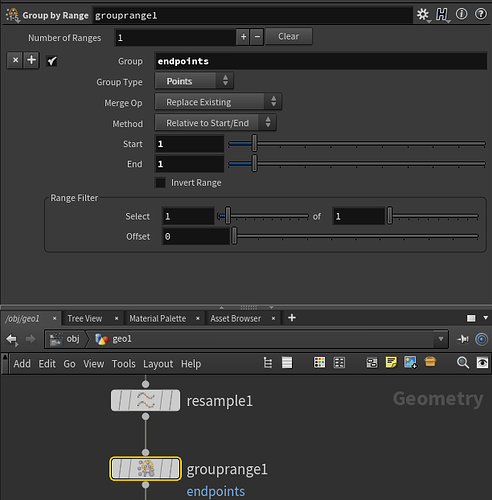 Then drop down a groupcombine and set it up like this: 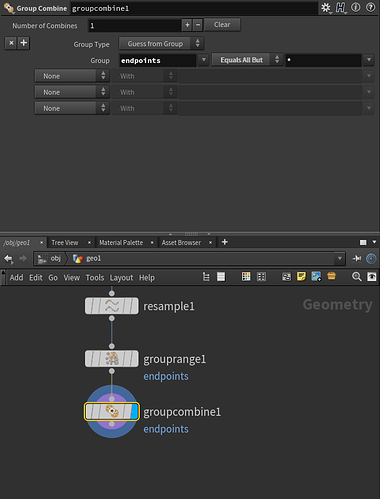 That’ll invert it for you.

So, you’d set up your group node like this using $N to get the number of points. 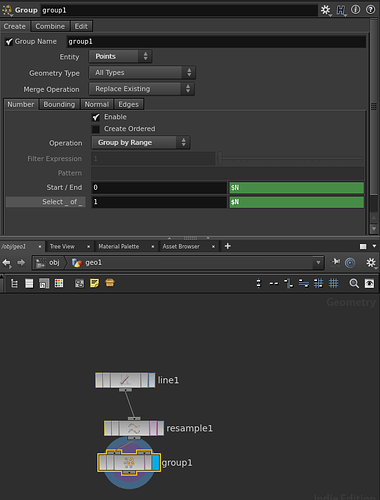 Yeah, I was tinkering with it yesterday until it worked. Thanks a bunch though! Can’t way to try it out.

Great tutorial, again, thanks for sharing!
I hope I can convince my bosses to get a license for me one day

This is great
Very smooth and smooth