How to spawn particles after the previous one spawned

Hello! Can someone help me with this? I’m struggling here and I’m not a Niagara wizard

The effect I would like to obtain is a fire trail that starts from 0 and is seen to be growing, so that it gradually extends along the length of the trail. Then my question is, how can I make a particle spawn after the previous one that has already spawned, in order to make the fire trail grow progressively?
For reference, I want to get something similar to what appears in the first 10 seconds of this video, but in Niagara (UE4): 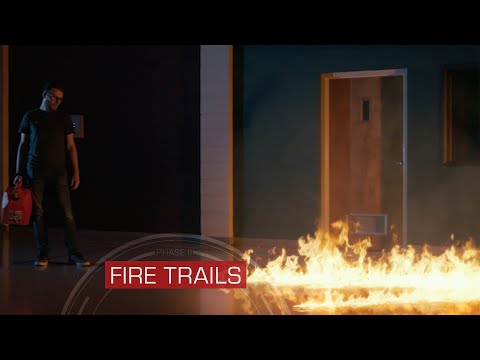 There is a module called ‘Spawn Particles from Other Emitter’. It reads the other emiters particle locations etc. and spawns particles from it.

The effect you are aiming to do could also be done by just animating the spawn location forward over time. No real need for another emitter.

If you want to achieve the effect of the video, you can add a SET: position to the “particle update”,
But it’s easier if you add an “add velocity” to “Particle Spawn”
You can also add a “curl noise force” and “drag” for better results