UE4 - Emit particles from an Actor to Actor

Is there a way to emit particles from an actor to another, directly in cascade ? Just like the beam but i’d like to emit various particles instead and be able to change the actors position.

there’s a couple of hacky ways around this but nothing great - you can create a point emitter and set the location using a particle parameter to the world position of the target actor, this will pull the particles towards the target but it’s not fantastic.

you can also use the Direct location module to keyframe the particles to move from one position to another but it’s not dynamic if the actor moves.

personally i’d probably just use a blueprint and spawn either meshes or particle systems and use a Timeline to drive a Lerp for the spawned objects position between the two actors - pretty easy to set up and gives you full control over the type of visuals and movement.

let me know if you need a hand setting this up

I tried something similar to the first thing you mentionned, a while ago, and it didn’t worked quite well so i kinda gave up on it and began working on other stuff.

I probably mentionned this but i’m not familiar with BP since i’ve been mainly working on Unity… So yes, if you don’t mind lending me a hand on setting this up, i’d be grateful. 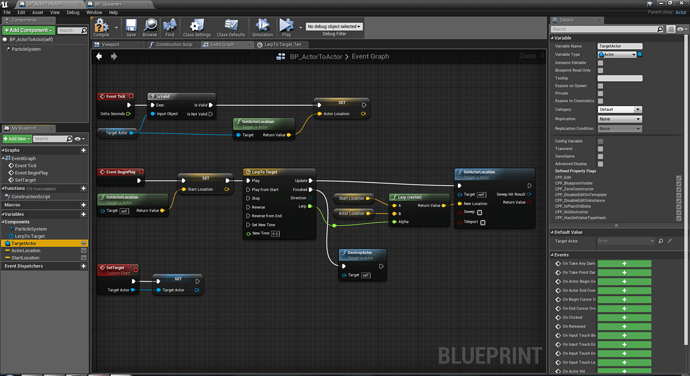 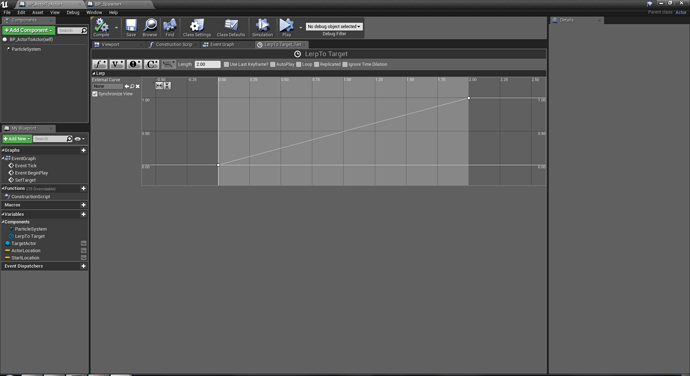 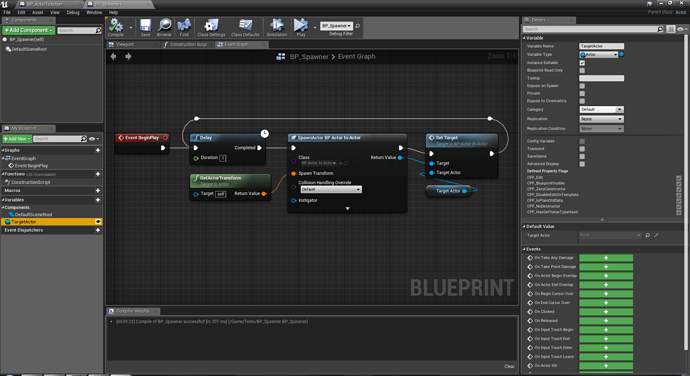 The last image is the blueprint that spawns the first BP and sets the target.

It was simpler than i thought -behaviour like-, now i just need a clear artistic direction from the designer. Thanks a lot!

I tried a different approach and i think i’ve found what i wanted. I got his so far: https://www.youtube.com/watch?v=Np9VbgfKxck&list=PLhccM8wWd3KywJfoJOI0raRbcsUE5mtAb&index=12&t=0s

So, i got inspired by this: https://www.youtube.com/watch?v=oPLQOViA8CA&feature=youtu.be

And i made it my own by integration the water effect i used for another fx, then applied it on a cylinder mesh that i can stretch however i want and i’ve set the pivot so it stays at the start, allowing the programmer to easily stretch it for the level we’re working on.