This material doesn't work and I don't know why

I made this erosion material that when attached to a parameter node and causes a chest to fade in from bottom to top, but I thought that just a band of light creating the chest was a bit bland and tried to add some extra bits to make the band more interesting but it doesn’t seem to work like I want it too. 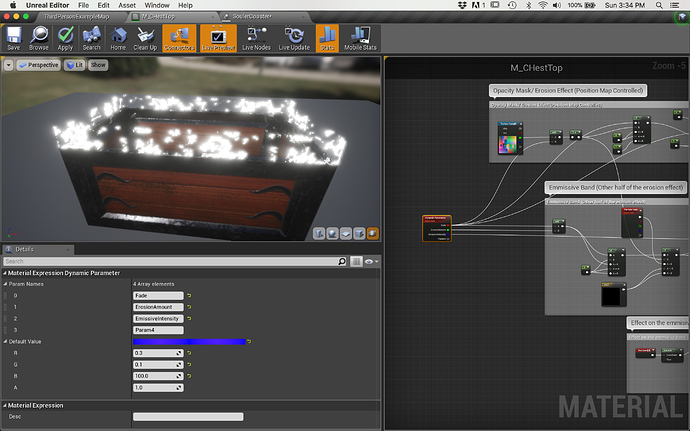 This is what it looks like in the particle editor. 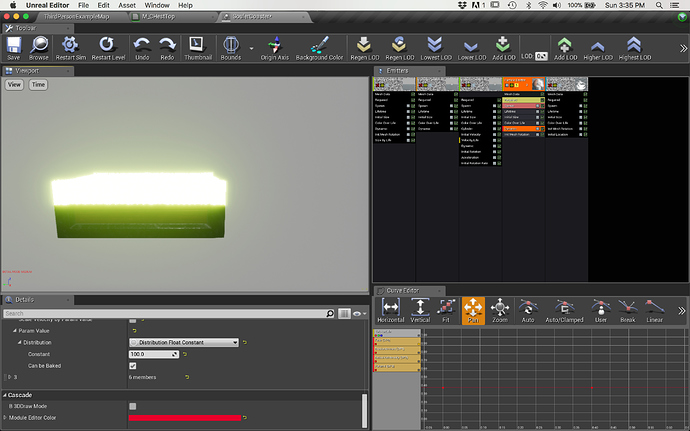 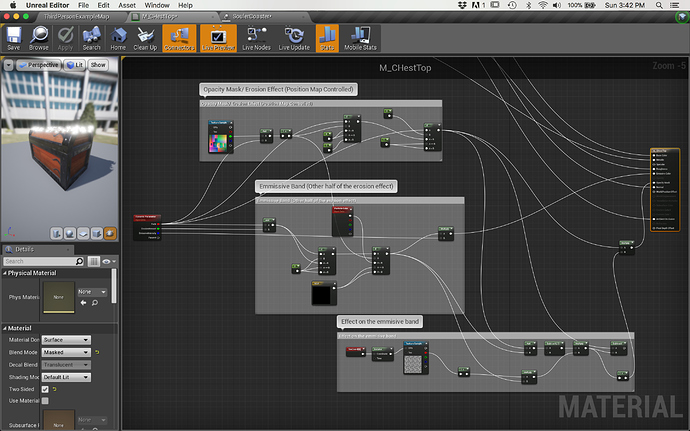 I’m not sure why it doesn’t appear to work inside a particle system, and maybe I should be using blueprints to do something like this but I’m being a little lazy. Any help would be greatly appreciated.

try troubleshooting with also the “Live update” on in the material editor. As far as I can see ur fade(red) is controlling ur dissolving in the opacity mask channel. Just make it simpler 4HEad . In ur screenshot of the cascade u control the just “brightness” o.O ?!

the red channel controls where the band will be on the mesh, the green controls the size of the band, and the blue controls the emissive intensity, the main issue I’m running into is that the effect I want which is the “effect on the emissive band” bit works in the node editor as intended it’s when it goes into the particle system that it seems to stop working.

u sure ? Might be that the dynamic values are just not the same as in the material editor

So thats why it is not showing as exactly as in the material editor.

I figured it out, for whatever reason, probably my lack of understanding of if nodes and adding numbers to colors, the effect of the emissive band would be changed dependent on the particle color chosen. If the color was on the left side of the color wheel it would be a solid band and if it was on the right side of the wheel it would have the effect I was looking for. I still don’t understand why this was happening but I moved my particle color node further down the node network and replaced it’s input into the if node with a 3 vector set to white. Thanks for trying to help @VinceWee