The theme I chose is …

The 6 tornadoes and the Chosen One 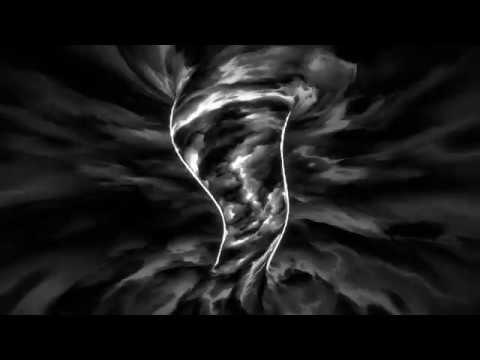 My goal was to use a lot of different styles, from cartoonish to realistic ones. I also wanted to create an unique mood for each tornado; for example, I did a static scene, some kind of panoramic environment, a 2D artwork, a scene impacted by the tornado itself, and a classic VFX from a game ability.

Here is a list of explanations for each tornado, I tried to stay clear and concise to clarify the post, but some are longer than others.

My first entry is a stylized naruto-ish style; I was hugely inspired and motivated by all the fantastic VFX we can find on CG Joy. 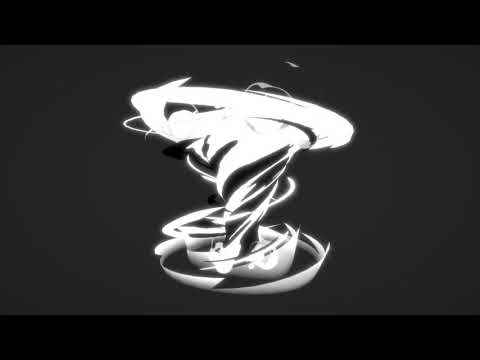 There’s a total of ~75 particles on screen. Most of them are meshes, so I tried to do my best to optimize them, to have the least overdraw possible. Pretty simple shaders here, the main one’s about vertex offset.

This is the more gameplay-oriented of all my submissions. I particulary worked on the timing for this one.

Okay so ! Let’s move on some Halftone. 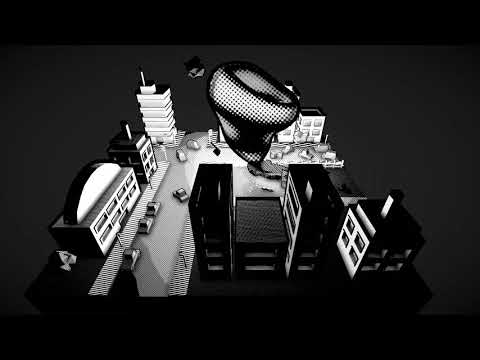 As you can see, this entry is shader-only, no particles.

Basically, my shaders are based on a custom lighting made by multiplying a screen space texture by the dot product of light direction & world normals. Actually, this is only the tiny base of the process, I added a lot of little things to make it better (like custom outline woo !) At the beginning, I used this video as a reference, it’s pretty cool : Video link

There are a lot of things that can be upgraded and optimized, and it’s also the case with all the others tornadoes, it would have taken me months uh.

Here is my third sketch. It’s a realistic one this time ! My main reference is this Google research.

Supercell storms are really amazing ! But quite hard to make; I restarted like 3 times… And it’s really not perfect. But hey, it’s a sketch :] Here we go : 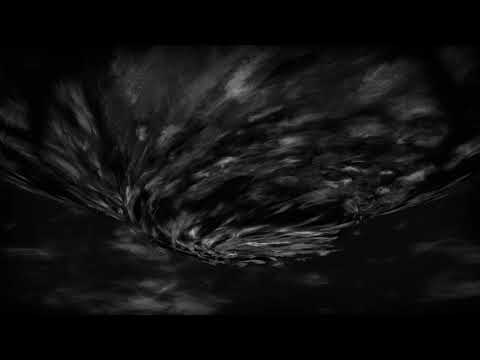 This one is all about noises, and I used quite the same methods than my Sketch #12. If you want a detailed workflow about how to make this kind of realistic tornadoes, I wrote an article for 80.lv right here !

I did some pixel art post process to render this one. Actually, these are 3D meshes with an orthographic camera. Quite fun to make ! My main reference is this gif. 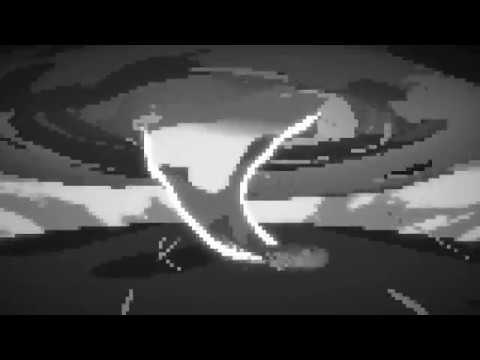 Tornado textures are screen space, with standard distortion. Storm is made of some meshes with simple dissolve and posterized noises.

Here is a more graphic sketch, I wanted to make something that could be like a CD cover. Here is the Synthwave tornado !

Video link (my grayscales are washed out again uuh) 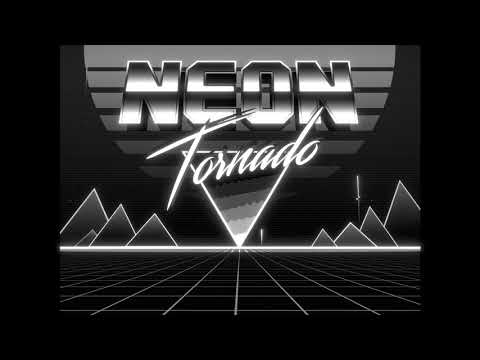 I wanted to make some 2D artwork, so I though about some kind of futuristic/Tron-like tornado. In the end, I went on a more synthwave style.

Mostly some simple shader work, and tweaking animations curves.
I used free fonts named Hauser and Streamster for the texts, then customized them with masks.

The tornado shader is a variant of my halftone shader, posterized and with other noises to make it like sound waves moving to the beat. I really like when everything is synced, this is the best feeling ever

Another kind of realistic compo, this time a view from space. 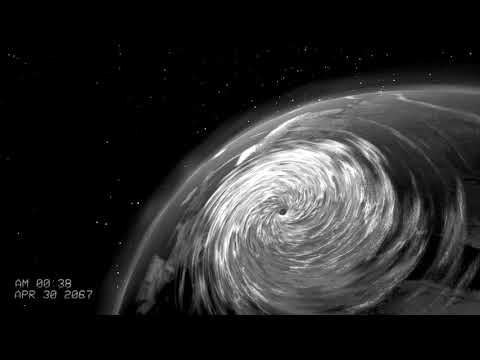 For this one, I wanted a huge but slow tornado, a bit like the 3rd one, but even bigger and dangerous. NASA-style artwork, I’m sad that I didn’t have the time to polish every detail in this scene.

The particularity of this one is that it’s the only tornado that I made with a diffuse and a normal map; I wanted to retrieve the volume of the clouds. There’s still a really small emissive map, but this scene is mostly based on lights.

Oh this is THE ONE. I named it Klein’s Nightmare ! (Because the mesh that I did looks like the Klein bottle, and it was quite hard to unwrap). Okay so basically I saw this breakdown (thanks @HAlis !) and I absolutely wanted to recreate it with nodes. I based my work on this awesome tutorial on how to recreate ice, and I came up with this baby :

I worked a lot on the shader, and I learnt a lot of things in two days. I even discovered that Amplify has some subgraphs ! (better late than never

) . Unfortunately, it’s REALLY not optimized (take like 15s to make a compile lol).

So, I choose this one to be my polished one. The tornado gif doesn’t really show all the parallax settings (check the video for a better quality), so here is a gif of my shader on a sphere :

I think I’m gonna do a quick breakdown of this shader after the contest. I don’t really have the time to make it now, was busy all the weekend with the Ludum Dare.

I really hope it was not too long !

Feel free to ask me anything about this ! I’ll try my best to answer correctly.

I really like those props orbiting the tornado. This “comic” look is getting pretty trendy lately.

Also, don’t worry about the imperfections, since you only need to block out the 7 variations, and then choose one to take it to a final stage.

That is really cool and eye catching!

Yeah @Lush and I feel like I took too much time to make this one haha, I will try to be more efficient lol

I feel like the outline could be blended like the rest of the tornado. The “pure” outline is punc ing too much of a h le in the scene.

The strong outline also might be detracting from the silhouette.

But don’t get me wrong. I LOVE it. I just think there are some more options to try … even if they don’t end up working out. Great work!

Hey thanks for you feedback @William_Mauritzen !

Yeah this is actually a first version of this tornado, I’ll try to do some polish at the end of the month for sure !
I feel like it could be improved of course

absolutely amazing. I love the effect, can look at it for hours, can i ask how you made the vertex offset? Have been wanting to make my own tornado but cant figure out the vertex offset node system since i also use amplify.

Hey thanks @Disturbed !
Yeah it’s pretty simple ! There’s no vertex offset node, the only thing you have to do is multiply the “vertex normal” node with a noise texture, then plug in onto the vertex offset property

of course to do that, you have to be sure that your mesh normals are correct. Oh, and be sure to also add a value to control your offset!

thank you so much, i always thought i needed to use vertex position and vertex tex coord this helps a ton! 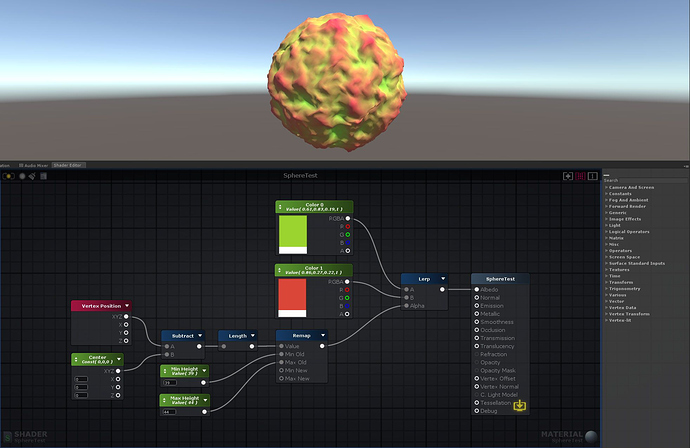 But I’ve never used this method before.

(Edit : this one is only about making a ramp with vertex position, not affecting the mesh)

thank you so much! i will make a shader to try what you said earlier with the vertex normal. I’ll keep you updated!

Here is what it currently looks like, not too fancy and a lot of cleenup is needed but its progress

does anyone know why im getting the smooth edge to the left but hard edge to the right? Seems like the vertex offset is going by 1 axis

Good job with both these tornadoes dude! Can’t wait to see what more you come up with! These are both very unique and great art styles in itself. <3

@veer Thanks man ! I’m really happy that you liked it

Tornado 3 is here ! I had some difficulties to make it uh. But more are coming this weekend !

Tornado 4 is done ! Pixelated one this time yaay (fake pixel art made with post process hehe, maybe I could have done something similar in true pixel art, but it would have taken me days and days lol)

Tornado 5 is here, full of parallax ! Isn’t she lovely ?

Gonna do a quick breakdown of this shader after the end of the contest, maybe like in two weeks, I promise !

There is way 2 less tornados out there with parallax. It looks amazing