Got a dirty way of making it bloom. I’ll update this post with a breakdown when I clean it a bit. I’m not hating how it looks actually

The rotation part got slightly updated as well, becase I wanted some more custom data it got moves around a bit in the Tex Coords 0, but it works the same way as before 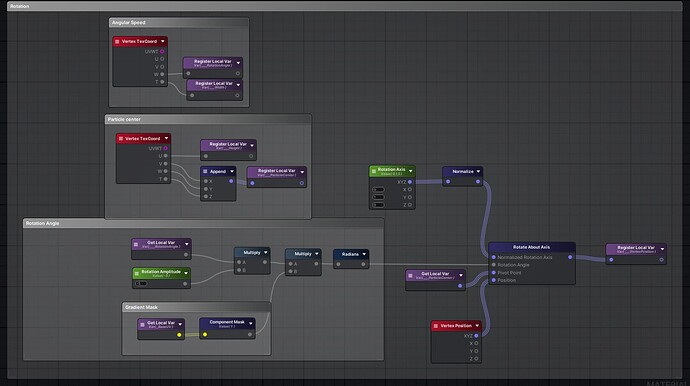 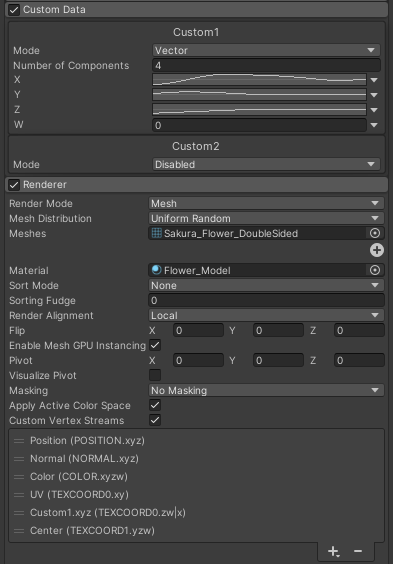 The bloom part isn’t super complex either. First I calculate the direction from each vertex towards a point, mask it with the UV.y, then use the Width/Height curves from the particle system to animate it. All of that is applied after the rotation part.

Progress update →
Decided to move the flower from the particle system and do the animation with a custom controller, which worked quite well!
Added lighting, made normals and albedo texture for the shield, I’ve used those references for it:

I made the textures in MaterialMaker and can share the files here if anyone wants to take a look.

The shield is quite simple mesh, made a quick render in blender cuz I was proud of how it came out 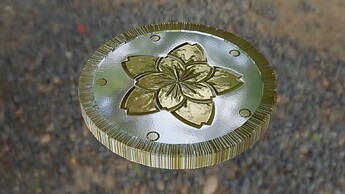 I added some more ambient movement to the flower as well, and updated the mesh. Here is the activation animation and hit anim. I should start working on the vfx part I guess haha

Just a small update today. Polishing the flower animations and started working on some vfx elements.

Added some more wiggle too 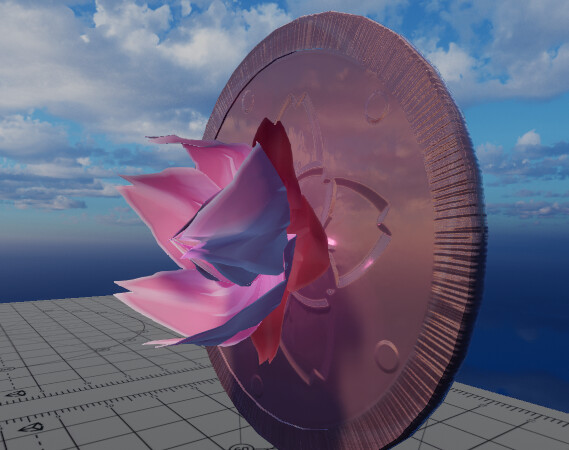 Here is the new wip vfx, and updated start and hit animaitons

Getting inspired by this flower vfx, it’s very pretty 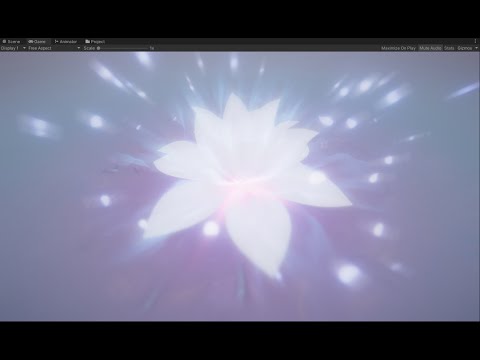 The whole progress on it looks awesome! (@^0^@)/ Looking forward to seeing the full thing! c:

I really love the colors.
As for the latest gif, I’d make sure that the small and big flower are offset in timing a bit to create some nice secondary motion

Awwh, thanks, glad to hear about the colours, wasn’t sure about them yet. Especially the shield thingie in the background, I still might change that.

As for the latest gif, I’d make sure that the small and big flower are offset in timing a bit to create some nice secondary motion

I did some tweaks to the vfx and the start anim as well, besides the offset for the inner flower

I also really like how this part came out, I always wondered how to make something like this and kind of just happened haha

I didn’t have much free time today so I only did some small bits, it’s all going as planned so I’m happy. Just need to make it proper pretty and well… finish everything else haha

I like the concept! I would make it faster but it looks quite good already🌸

Thanks! Yeah the timing needs some work indeed! It also seems quite slow cuz of the <30fps gif so I’ll try to adjust it before it’s done and get a video instead~

Okay so I’ve uploaded the new version. I added a bunch of stuff that I planned, and it looks like I wanted. The process was really interesting. Obviously there is a lot to improve, but I need to rest now!

I’ve used a the character from Mixamo with the animation, and some textures from Luos’ pack.

Here are some of the small things I added recently: 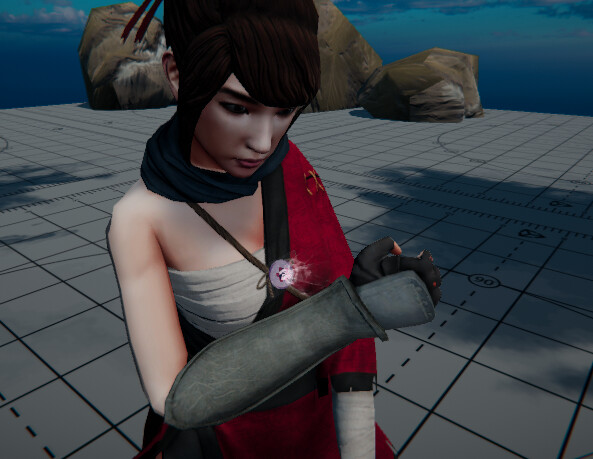 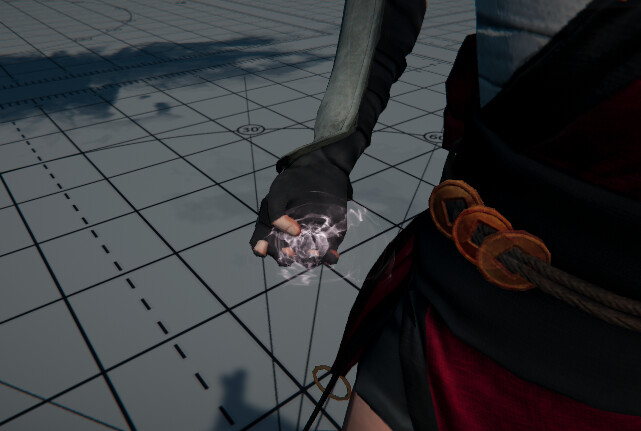 I thought about separating all petals, but I don’t think thats the best way to solve this, so I just made a new UV map and separated them like this 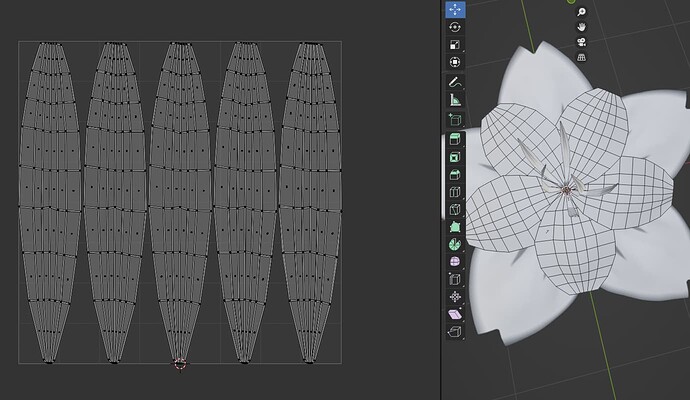 Then in the shader the dissolve mask ends up looking like this:
This is for the second petal, first one is already gone so I keep it black, second is being dissolve so there is some gradiented noise going on, and the rest is white because they are still fine.
From code it only requires the petal index and current petal dissolve amount to be set on the material. 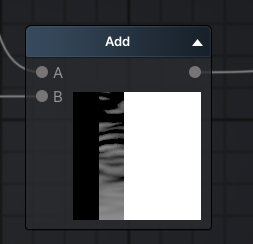 but yeah it was really fun, took a bit too long for my taste, but I had this idea since I saw the post so I really wanted to make it happen. If anyone has any questions obv just hit me up and I’ll explain everything

Looks awesome! How did you achieve the volumetric look in the last gif? Many meshes with the same material and different orientations?

And in the animated petals from the last post, are those rigged or moved with the shader? 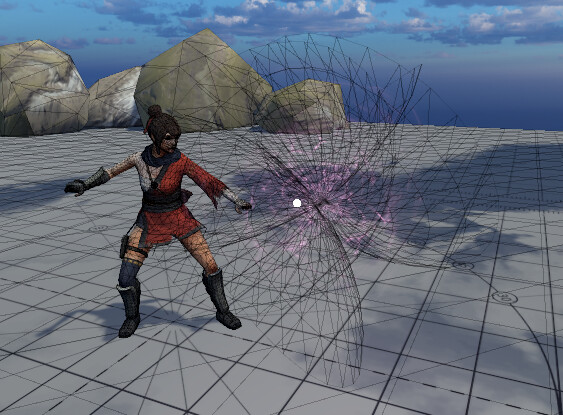 And about the flower animation. It’s animated with the shader, kind of. The displacement is done in the shader (I described how I do this before) but I control the width, height and rotation with some animation curves. It’s just setting a value on the material over time 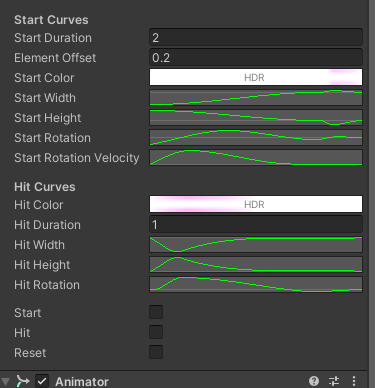 thanks for pointing that out and for sharing so much!

I scanned all comments and didn’t understand how it was made - did someone ask already? >.<’
I really wish to know - I already plan on making something like that on my Slash

Aww, I answered a question about it before:

buut I’ll make a better breakdown with more detail when I get back home!

Ohh I saw that explanation, but didn’t think it referred to that part of the effect.

Yeah, I would have used quads in different orientations, would never have thought of using meshes like this one for this particular case. How did you come up with that?

To be honest I just wanted something around the shield itself to show that it protects a larger area around the character, like an aura, and then I was just playing around with different shapes for bursts and I liked the look of that

I tired it with flat quads and you could clearly see it being very flat at some angles. Meanwhile this only uses 5 particles and it looks volumetric-ish so I’m happy with that haha

I’ll tag @atcolombini because they were curious about this as well.

So it’s just a simple mesh, top part of the sphere 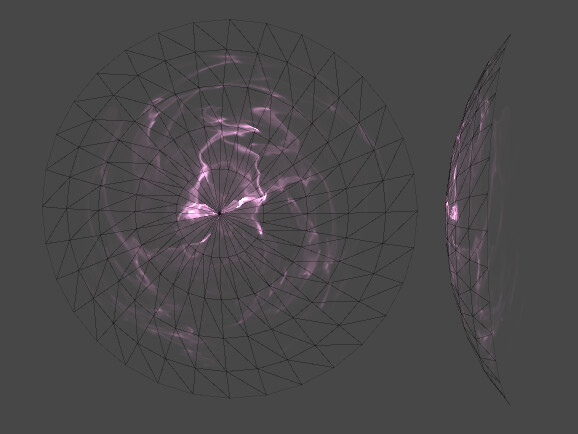 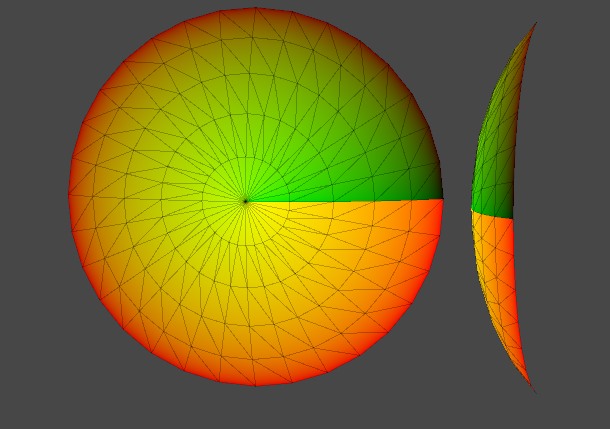 I can’t think of any other approaches than mesh or polar coords… But I’ve started seeing the power of Polar coordinates on a flat quad/billboard rather than revolving a mesh it helped me fix seams quickly from pinched triangles without having to throw a ton of uv/vertex info into engine basics polar UV two panning textures multiplied with offsets to give hypnotic interference input Max Remap to overexpose texture; it thicken the lines at the center so you can fake some uniformity [polarBri…

Oh absolutely! I had this problem few weeks ago and read that thread so many times haha. For polar coordinates in my shader I decided to just calculate the derivatives like advised here: Best 'Polar' option to save pinched triangles - #12 by fleity

Thanks for the link tho, that topic is super useful~