So I was trying to make a effect using mesh spheres and I need them to follow the sprites, I started with a circular movement cause i thought it would be easier (and i could use the CGHow tutorial as a base) but it doesn’t work at all, there is a way to make the sprites follow the mesh/the mesh follow the sprite position? Thanks in advance and sorry if there is a conversation about it, i could not find it :c 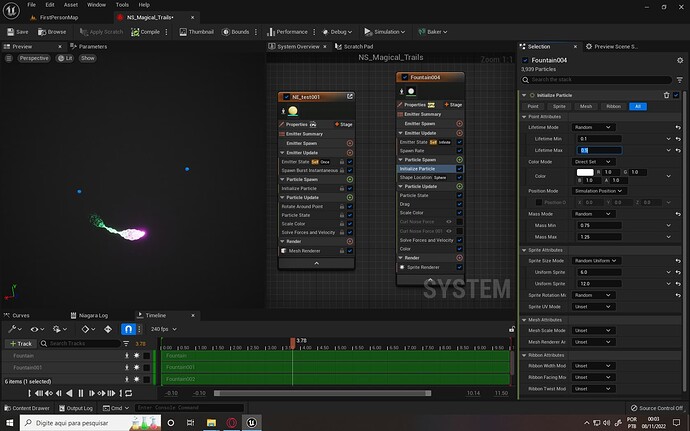 If you have one emitter with both mesh and sprite renderers it will draw both on the same particles.
You can also switch visibility based on for example spawn-group to make some of the particles meshes and others sprites

If you just want to use the same poistion you either put the mesh renderer in the same emitter as the sprites like Niels suggested, or you could use 2 things
1, Events
2. particle attributes

thank you so much Niels, this was SO useful and solved the problem

Thank you so much Dome, both things worked (I did both so i could learn how to use the event modules