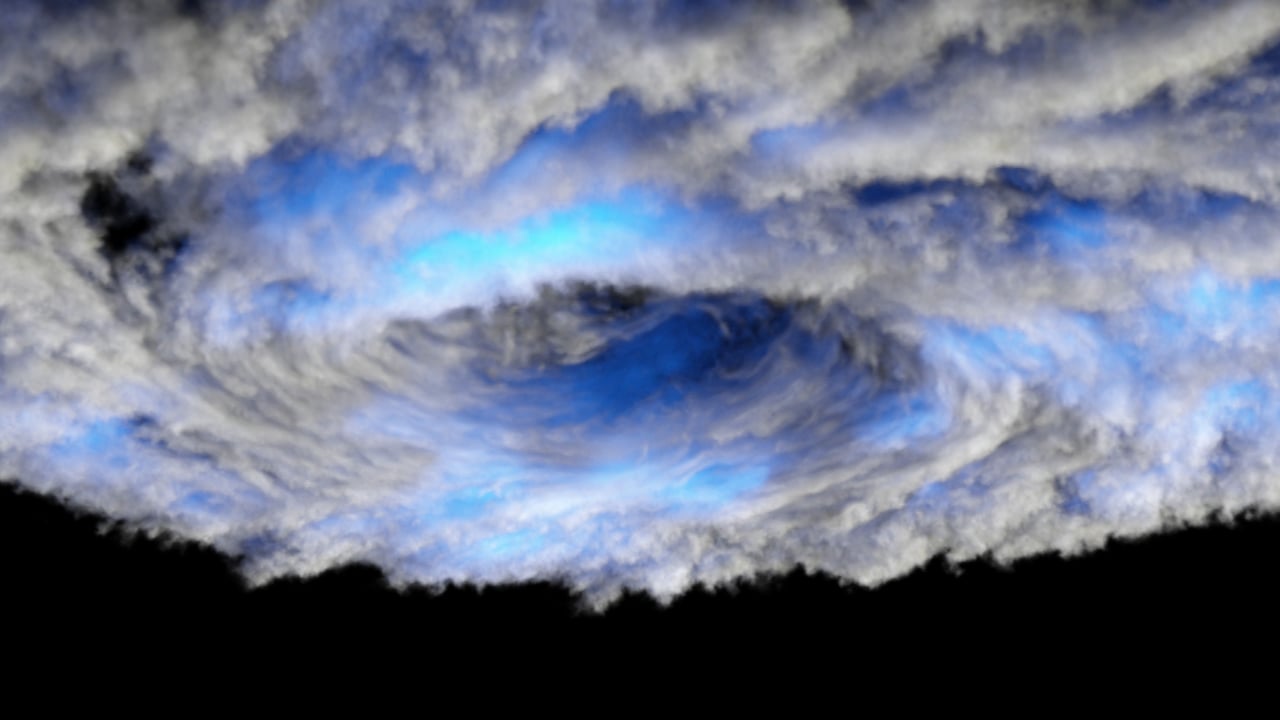 CloudVortex1280×720 67.3 KB
Hello everyone, recently I have been tasked with creating a inward swirling cloud vortex similar to the one in the picture for a project I am working on but I have never exported a smoke/fluid simulation into a game engine. I know this person created this in Houdini and I am very excited now that I have a reason to finally learn the program but I know it is very difficult to get into. I have created my own version of a volumetric cloud simuation in the game engine using atmospheric fog but it looks too dense and lacks the motion I am going for. Can anyone please point me in the right direction so I can learn to create this effect?
1 Like
Kakito1148 May 14, 2019, 4:00am #2

PS, This is what I came up with: 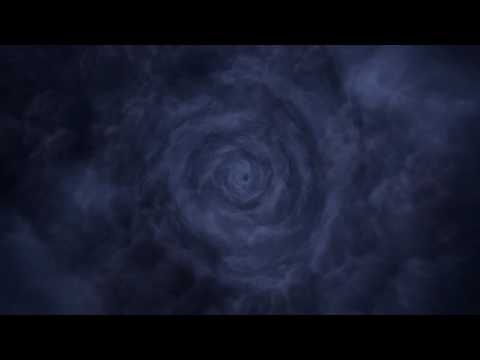 I made this for a sketch a couple of years ago. In this case it was just a couple of planes with a hand painted vortex texture. Then i had a blueprint with a timeline that made the clouds lightup. I also added in swirling particle sprites to help break up the flatness.

Hope it serves as some inspiration ^^

Thanks for the reply, that effect looks really good, but the thing is, I have to create an effect that looks volumetric because it is going to be viewed in a VR project around a 45 degree angle. That it why I have not used a plane. I have been stuck all day trying to figure out how to drive a spiral motion in a simulation.

Have you tried using maybe some spiral meshes mixed with billboards/sprites to break it up?

VR is tough when it comes to things like this, but you can probably get descent results playing with meshes, torus shaped meshes that spiral in, and camera facing sprites using attractor/gravity fields (I don’t remember which it’s called in UE4)

If performance isn’t a concern, there’s also advanced solutions like flow maps mixed with raymarching and 3D textures that Ryan Brucks goes over a bit here (I don’t know what the engine natively supports with this, haven’t been in UE4 in a bit): 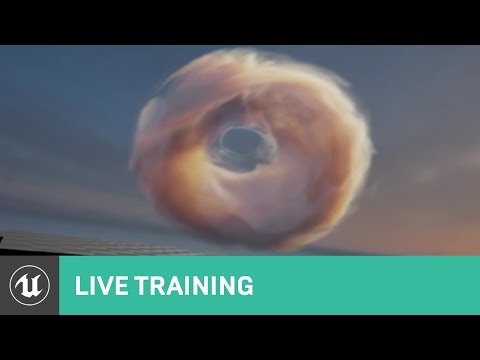 This is a very hard effect to pull off convincingly, triply so in VR.

What I’d suggest is starting with a mesh like @Spyro did in his Supercell example:

The 6 tornadoes and the Chosen One

Then, on that mesh you add cloud/Smoke textures. To get the internal lighting, you need to either paint it into the textures or bake it if you have it all set up in a sim. (A simulation like that is beyond my skill so I can’t help you I’m afraid).
Then you add some particles on top of this moving in a vortex to break the shape up.

Again, you need to keep it simle and cheap if you want it to run in VR.

Also, I just found this tutorial: 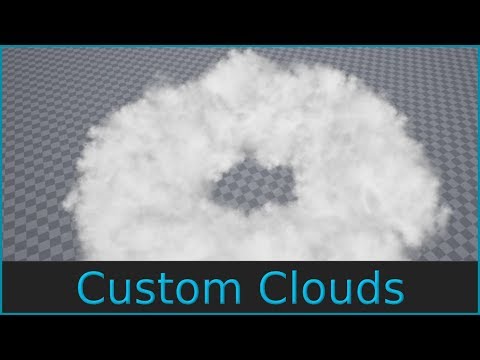 Might be a good starting point to what you want to make.
Not so sure about VR aspects of it, though…

That tutorial shows 1500 particles ontop of eachother in a donut. Never mind VR, you won’t be able to do that in a 30 fps game xD

lol…he did mention it was a little expensive in the tut. NVM

Before I really start this, I’d like to say I like what you came up with. It’s a solid baseline. I myself have been looking into volumetric, fluid sims, and such recently and I think I may be able to point you in a direction. I’ve done no VR stuff though, so what I know is only of what I hear.

Right so, making sure I understand this. You are making an Realtime effect that will be viewed in VR. The effect in question is basically a giant swirling smoke eye-of-the-storm. The player has a “45 degree angle” range to see this effect in VR. If there are any other limits, which would make this so much easier, please say so.

TL;DR - Don’t think about this so literality. VFX is a creative technical art, fake it if you can. Shoot that’s kind of games in general, but I digress

The VR thing is the biggest kick in the pants, as now you have to design what it looks like to put your head into the storm here as well as not drop the framerate. To me, that says Post Process Effect. Smudge the lens. Something like this. Since you are in VR, that also means you’ll have issues if you use standard camera facing cards, as they will move as your head moves, and break the effect. I recall seeing something by @Wyeth that talks about fixing these sorts of errors, but I don’t recall what. Sorry 'bout that. You’ll probably have to fake the volumetrics too. Again, I like what you made, but I have to wonder about the frame rate when this is in VR with whatever else(?) is in your project. If your project is just this, then maybe you’ll get away with it? Not sure.

Again, I’m making alot of assumptions here. I presume you want a giant swirling storm looking thing. I’ve been playing around with spawning volumetric fog off of meshes with particle systems in Unreal 4, and I think the resolution you would need to give proper fidelity would be prohibitive. Plus, on animated meshes (in my case a biped) the fog takes noticeable time to update each frame, and it’s not fluid. The voxels are obvious.

In other words, how good are you with shaders? To me, going fully mesh based in your VFX would be the best bet if mixed with Post Process.

I would recommend in search looking up Skybox or Skybox VFX, as that’s basically what you are doing anyway.

Goodluck on your project.

3 Day Later Edit: Was lurking through the RTVFX Search, and came across something that looks pretty much like you’re going for basicly 1-to-1. Had to share. Looks like @Spyro is your go to guy here! His #22 work is good but #12 over here… MMMM.

Hello ! [TornadoRevamped_Opti_2] I’m so sorry for my late submission, I’ll really try to post more often and earlier for the next sketch. So, here is my tornado ! I reworked and revamped an old shader that I used to make some realistic project at the beginning of the year. Here is the result ! : https://www.youtube.com/watch?v=6v9R2lkN0Ko Basically, the tornado is composed of simple meshes, & I used one shader that allows me to tweak several parameters and make things more “random”. [Torna…

I would like to say thanks to everyone who replied to this forum, I began to take the mesh approach, but my producer suggested my time would best be spent learning Niagara because he believed it would allow for more advanced effects in the future and boy was HE RIGHT! It was as simple as applying a vortex force module in order to get the motion I desired. I learned alot playing around with Houdini and volumetric fog, but here is what I ended up creating in Niagara using a looping smoke sprite sheet.

looking cool! Be sure to keep your performance in check as well. If you’re spawning a bunch of sprites with transparency, you need to be careful with how many particles you spawn in. In unreal they have a mode that lets you see the shader complexity, which is basically telling you how cheap or expensive any given pixel is on screen. If you overlap many transparent billboards/sprites, it tends to get pretty expensive and workarounds may be needed. I would guess that there are too many sprites being spawned here for practical real-world use, but you would need to check it yourself to be sure. Check “shader complexity” in viewport modes in the UE4 documentation to get you started! Viewport Modes in Unreal Engine | Unreal Engine 5.0 Documentation

Niagara still have problem with Instanced Stereo in VR. Hard to use in VR right now.