any help would be appreciated 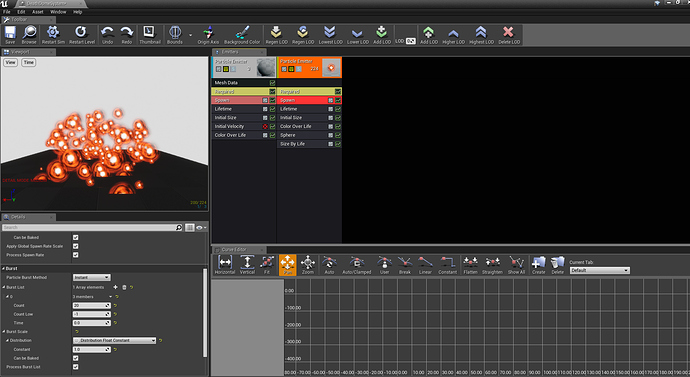 the Sphere module has an option for Surface which should create a hollow sphere shape for you.

are they sprites or meshes? either way if they’re set up to be camera facing then when the player camera is in the centre they’ll point towards it. If it’s 3d person then its a bit more tricky.

how much Blueprint do you know? If you want things firing then it sounds like it might be better to make the individual visuals (portals, lasers etc.) with particles and then use a BP to trigger them all off. That way you can get more control over the timing and locations etc.