I want to share with you my last personal work, obviously inspired by great starcraft

However the start doesn’t look too aesthetically pleasing: 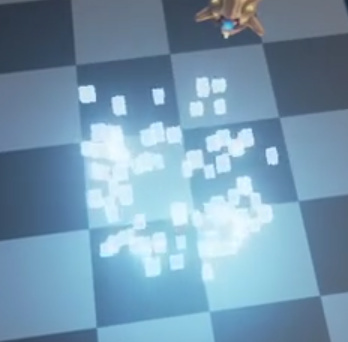 Perhaps add some bigger size and brightness variation as a starting point.

Also these blocks visually do not marry up with the spawning that happens straight after.

You have a lot of good elements going on here! I used to be a huge protoss player, and I think you added some good flavor to the warp in. Your shapes are on point, and I especially like the movement you got going on (The little subtle jiggle on the cubes is great!)

There are two things that jump out to me the most: The bloom and the timing.

But overall, this looks super rad! I want to see more!

Thank you guys for juicy feedback. In the free time I will try my best to make this effect as good as possible

Definitely check on Heroes of the Storm, they just released the protoss drone and he might have something similar or at least you can pull ref or inspiration from his ability fx