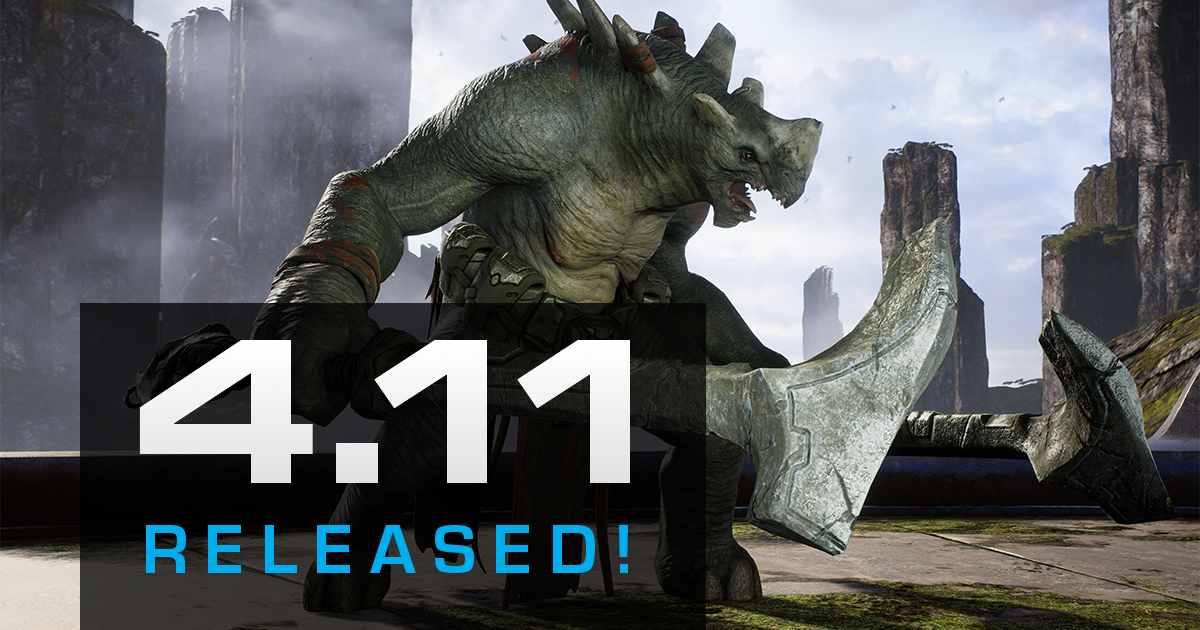 4.11 has been released and the full notes are available to read here.

Unreal Engine 4.11 has been released with tons of updates, including 92 contributions from the talented developer community via GitHub! This release is packed with many new rendering and animation features, numerous performance optimizations,...

There are some stunning particle improvements in this one.

New material functions allow small, out-of-focus particles to be expanded for depth of field the same way that opaque particles would be rendered. 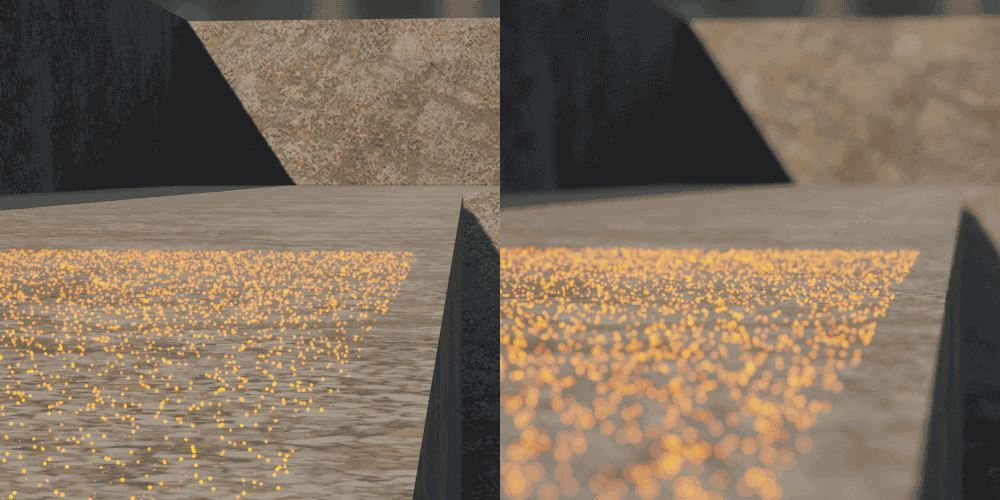 The left image shows a simple scene with a lot of particles placed on the ground. The right image has circle depth-of-field enabled and the new material function renders the particles out of focus like all other geometry. The quality is even better as they don’t suffer from noise artifacts. We always expand out-of-focus particles by more than a pixel to avoid shimmering.

Particle cutouts allow for flipbook particles to render as much as three times faster!

Particles using flipbook animations (Sub-UV Animation module) tend to have quite a bit of wasted overdraw - areas where the pixel shader had to be executed, but the final opacity was zero. As an example, the texture below is mostly comprised of transparent pixels. 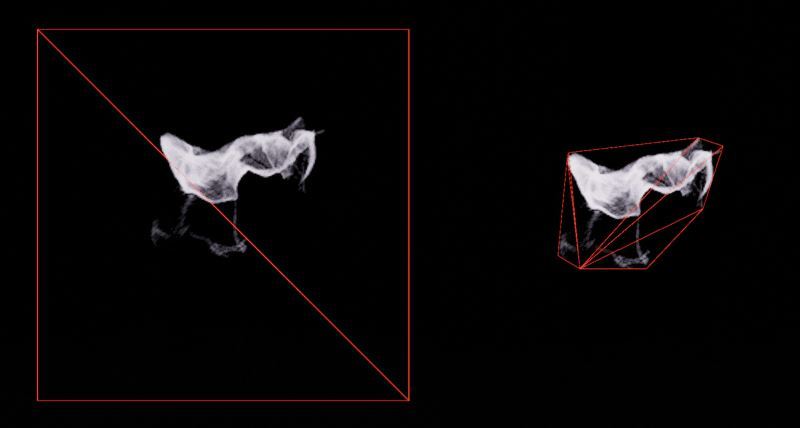 We can now render particles with much tighter bounding geometry, cutting out the invisible areas, instead of using a full quad regardless of what frame of the animation is playing.

Really want to read up on the blur technique they’re using for the dof in the shader… I’ve wanted to blur in my shaders for years, so if they’re giving us this ability, it must be somewhat cheap.

Really want to read up on the blur technique they’re using for the dof in the shader… I’ve wanted to blur in my shaders for years, so if they’re giving us this ability, it must be somewhat cheap.

Did I ever tell you that I remembered your fake particle DOF effect from the roundtable a couple years ago? I’m using it on dust motes in Tilt Brush! Works so great

Does make me curious what they’re doing here.

There’s a spiral blur function in the material editor…just wonderin…
Also, someone pointed me to the MIP overrides. But I think that’s less likely.