Hi everyone! This is my first time participating in a monthly challenge.

I’m going to use UE4 and it’s Niagara particle system.

Brainstorming
The first thing I did was brainstorming elements that I associated with cute. 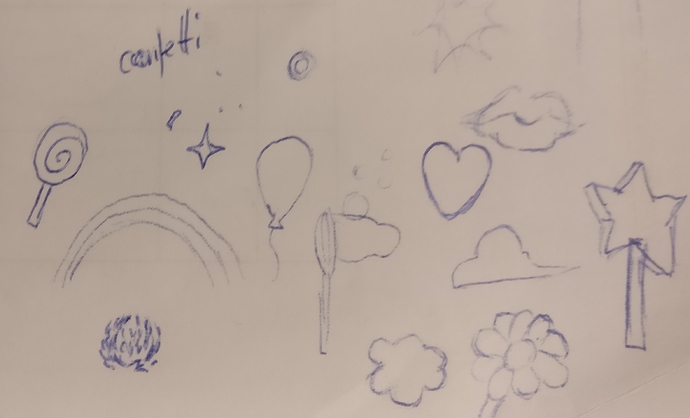 Shape is an important part of cuteness. Cute shapes usually have these characteristics:
Round, bulky and a height similar to it’s width. Michael gives a good example of how you can make an ordinary thing (hammer) look cute: https://youtu.be/Z0zConOPZ8Y?t=105

I liked the idea of making a soap bubble, so that is what I based my idea around. The challenge is about elemental magic. Since soap bubbles are made of water, I decided to have all other elements consistent with the water theme. I noticed that I had two water-related elements from my brainstorming. Rainbows and clouds. I thought that I might add these to my effect.

Here is what I came up with: 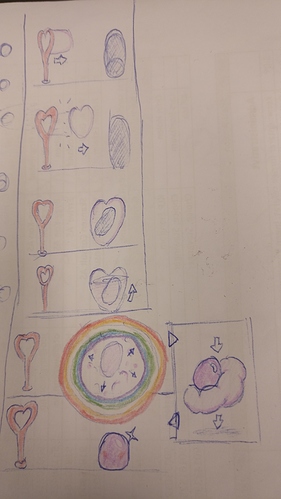 It’s a heart shaped soap bubble that captures a target, shrink it, fills itself with red liquid and explodes in a rainbow. The target turns pink and shiny. I later added the cloud placing the target softly on the ground.

I’m very exited to to be a part of this community and I can’t wait to see what everyone can come up with! Good luck to everyone participating! 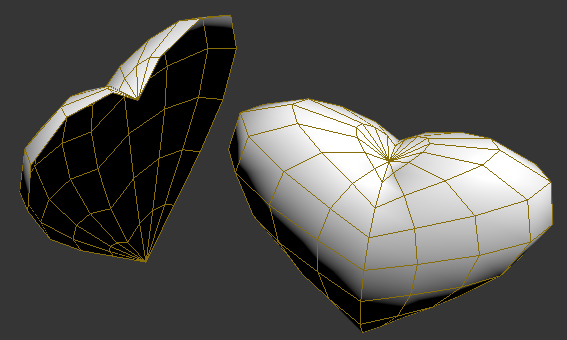 I made two meshes for the heart shaped soap bubble. The one to the left is the bubble connected to the bubble wand. The right one is the bubble floating in the air.

This is the soap bubble shader: 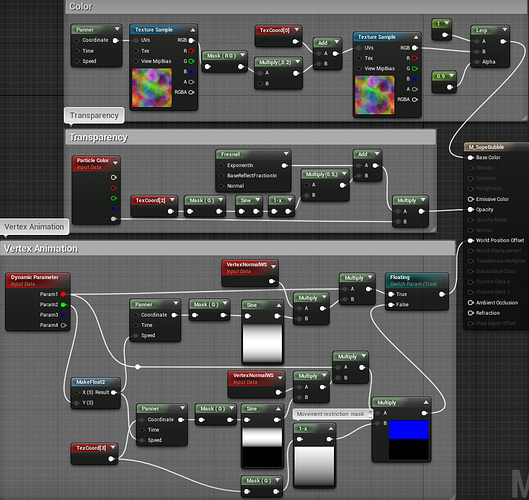 image875×826 238 KB
You may have noticed that I use multiple texture coordinate indexes.
This is how they look like on the heart meshes: 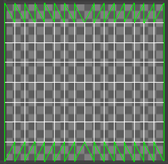 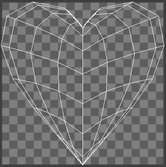 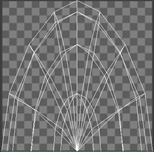 The node labeled movement restriction mask, is a mask making sure that the bubble is not animating close to the wand.

Here you can see the two different animations:

The GIF above contains two heart meshes and two meshes for the target “character”.
They all use the same vertex animation in their shader.

I wanted to make it look like the target character was inside the liquid, but at the same time, also be clearly visible. To do this I had to render the target character in front of the liquid, even though the target is inside the liquid. I figured out I could take advantage of something that usually have caused me problems. Unreal don’t know know how to render two overlapping meshes with translucent shaders. In niagara you can set sort order to tell Unreal what is supposed to be rendered first, second, ect. 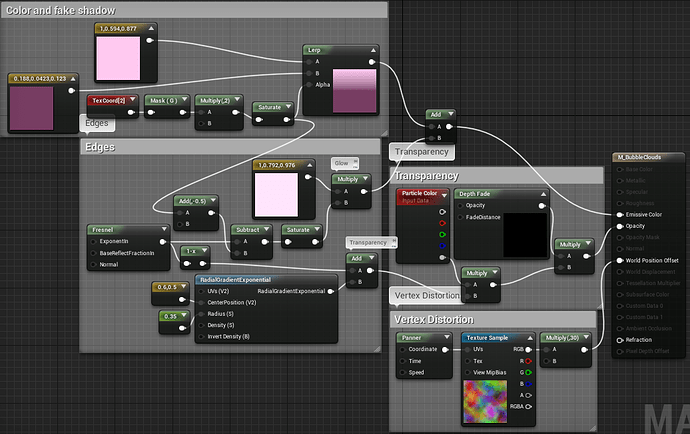 I tried to make the edges soft by using fresnel to add transparency. Its not as noticable as I wanted.
The Radial Gradient is a mask that makes sure I don’t get the fresnel transparency in the middle of the cloud.

Other than that I’m not really sure what more I should do.
Feedback and suggestions are appreciated

Also, feel free to ask any questions if something was not clear, or if you want me to explain something I have not touched on yet.

Seems like we’re all doing similar things but we surely will execute them differently. I really like the hard edges on the bubble maker stick!

I decided to remove the cloud and the rainbow. I added too much noise and cluttered the effect.
I have improved the animations, added sparkles and, improved the liquid splatter effect.

I think I will consider myself finished. I’m still open for critique.
I might change the bubble shader to something more realistic.