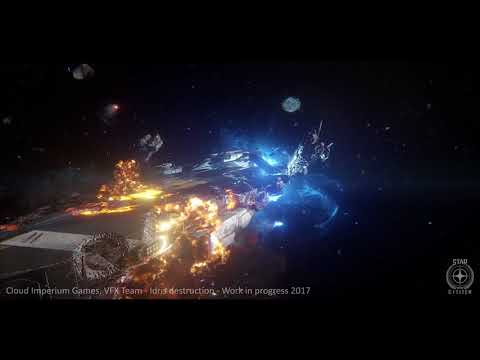 Above is a link to an effects sequence the CIG VFX team made last year. It’s a capital ship explosion that was shown at Gamescom 2017.

@michalpiatek was in charge of making this effect come to fruition and I’m sure you’ll agree he did an outstanding job.

It was a real team effort though, with the Ship Artists (who gave us such a beautiful, huge ship to destroy!) Tech Art/Tech Design (who helped set up the hierarchy of ship parts) Game-Code/Graphics Engineers (who gave us all the tools we needed to make such a huge ship explode convincingly) all playing their part in making this possible.

There is no audio in the video but it would be rude of me to ignore our incredibly talented audio team, so if you’re curious to know what it sounds like, here’s a link to the live demo (although there’s a lot of other noise going on in the vid!) 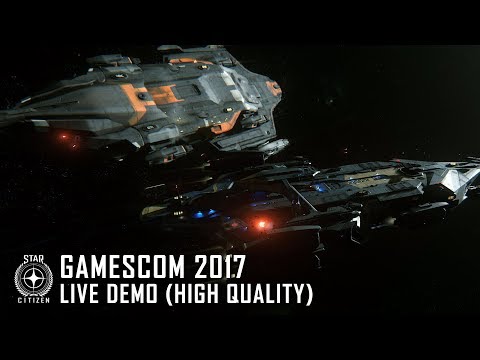 P.S. We’re hiring; if you like the idea of blowing up huge spaceships, then check out our link in the Jobs section: https://jobs.realtimevfx.com/employers/113870-foundry-42-cloud-imperium-games

In our little VR game From Other Suns, we had a bunch of ships blowing apart like that. I made custom fire and debris for each part of the ships that flew apart. It was not brought to my attention that we were offsetting the ships visually though, so the effects attached to the animations didn’t match up with where the ships were in game, and we didn’t have time to develop the tech to offset the particles. In the end I just had to scrap all the particle systems I did for the ship destructions. All 50+ of them