I’m an Environment Artist in the industry who graduated last year, always loved shaders & tech art stuff so I’ve been learning VFX in my spare time! As I said I’m a long time lurker on RTVFX, my aim is to broaden my skills & why not land a VFX job at some point.

I’ve started with some status effects to get back into shuriken & VFX as a whole. My main reference is Overwatch, various stylized VFX but I’ve also tried to add my own touch!

And actually the first status I’ve done is the Frosted

one. I’d like to tweak the shader a bit to add icicles or ice deformation on the edges and add a floor decal to blend the mesh more. As I mentioned in my sketch post I would also want to animate them to work on the shader transition. 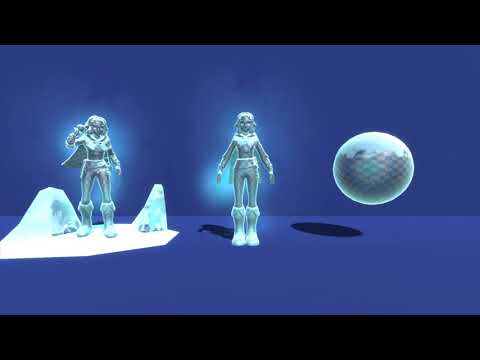 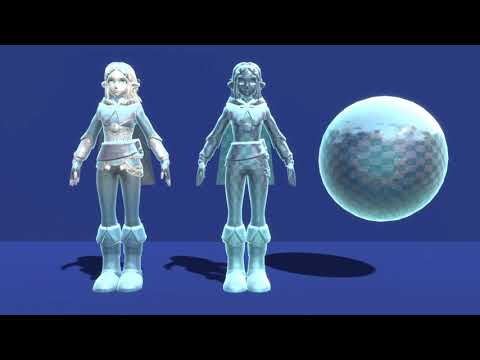 I want to keep this series a sort of “comfort zone” I can come back to when I feel stuck. Next on the list: poisoned, electrified… FFX’s Auto-Life tribute?

After these statuses I wanted to work more on timing so I started a simple explosion. There’s only the climax right now, the dissipation needs a bit more work & I still need to think of a good anticipation (they are the hardest for me…). 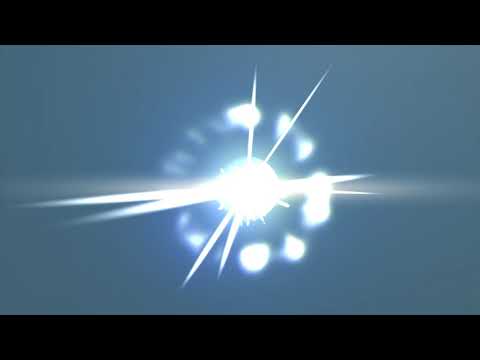 Hope you’ll like it, I’ll keep you updated on my journey. A few things I’d like to try on my bucket list: a cool magicky projectile, sword slashes, more cinematic stuff… I’ve got ideas, just need to put them down now!

Hello!
I’ve been pretty busy this month, I’m still tinkering with my cube sketch so it may take a few more days… But I wanted to finish something to keep me going so here’s my explosion VFX done!

Texture work could be better but it’s the first explosion of this scale that I’ve made!
I think my next project will be a fanart of Sarah Carmody & Nibilli’s VFX (there are quite a few gorgeous concepts on Sarah’s artstation…

) so that I can level up in painting textures for VFX. 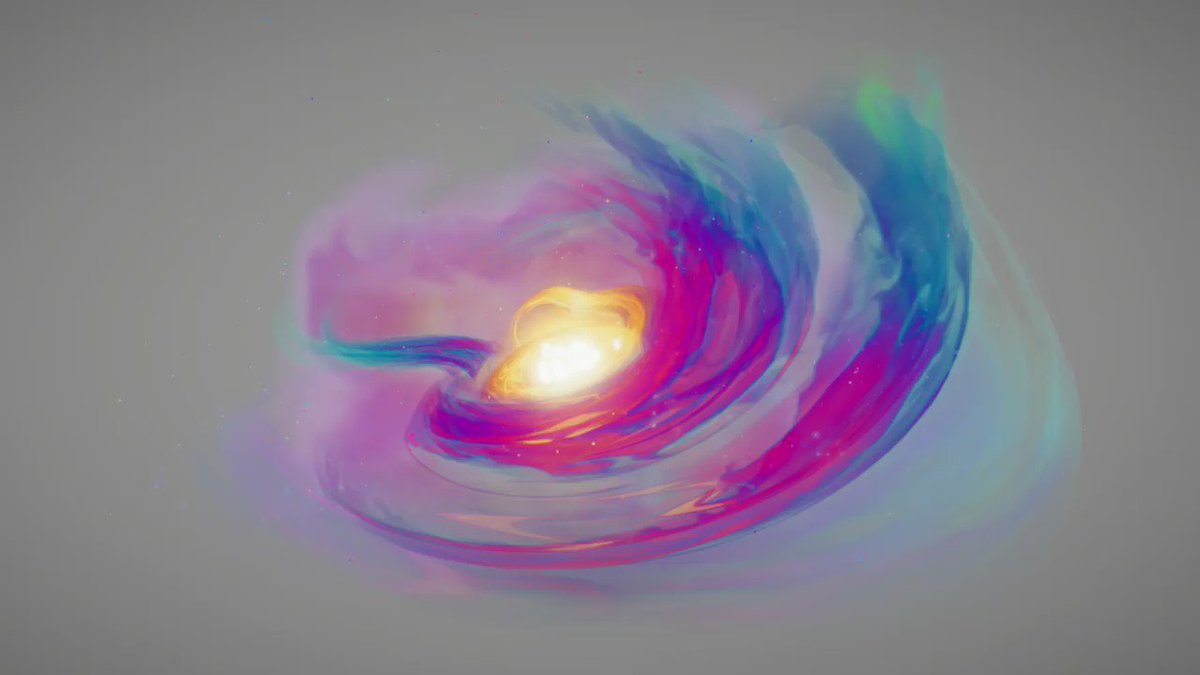 @nibillii
Hello #VFXFriday !!! ~ I had the honor to work with a concept art from @sarahcarmody this week ! Her work is incredible, so I learned a lot ^^ Meshes with panning textures. Colors is gradient sampling with a distance field from the center. Breakdown ! #RTVFX #Unity #shader https://t.co/WfknJFOSXk

well I've been holding this personal concept art hostage for MONTHS hoping to post it alongside a realtime version at this rate I won't get to making it until 5 years from now so out it goes! have some rainbow sparkles for your feed :) (full res: https://www.artstation.com/artwork/B1dOkk ) pic.twitter.com/2qqhLERAGp This one for example ^

So… Dived into the fan art right away. (sorry cube sketch)

I’ve been sketching with the textures I already have, my shaders are starting to feel nice! I also switched to Blender and learned the basics so there’s that.
Pretty happy with the direction! I’m also almost certain I will throw everything away though ahah. Tomorrow, I’m going to block the shapes & dive in curve hell, should be fun! I hope I’ll be able to get a similar flow to the original concept by Sarah. 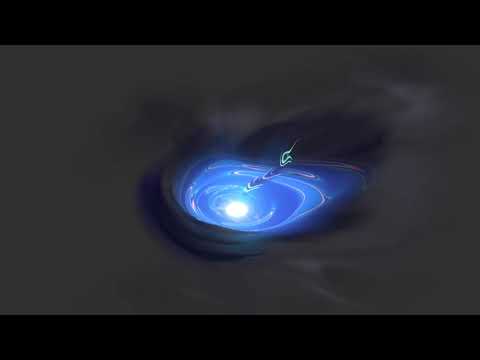 Oh I love where this is going, can’t wait to see how it turns out when you’re done !

I hope I can make something that looks at least half as good your concept does.

I still have a lot to do and… I actually spent all Sunday blocking out curves and it did not work out at all so I’m back to square one (and a half). Pretty bummed about it but it’s part of the process when you’re learning something new.

Both the blender file & scene were a mess, shaders are starting to feel okay but I need to make some tests with painted textures for the iridescent effects… as I said much to do! I think next time I’ll work out from the core to the outside instead of trying to block out everything at once.

Doesn’t look like failure to me! Tbh looks spot on but just a few iterations away. I would normally say “trust the process and push through the ugly” but this isn’t even that <3. Keep it up! (or come back with fresh eyes later, cause this is looking great)

Thank you for the kind words. 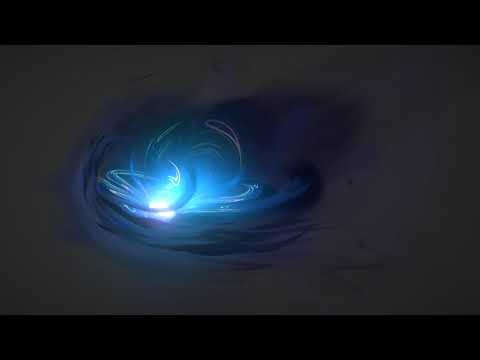 I feel like there’s still a lot that could be improved (visual hierarchy, colors, contrast, the timing of everything etc.) but I’m going to put this effect on hold for now, go back to smaller projects & come back to it later.

It was a challenge and everything could still be improved but - I’m really happy with it considering my skills rn.

Again, thank you very much @SarahCarmody for the concept!

I loved working on it ((even though the level of detail drove me insane ahah)). 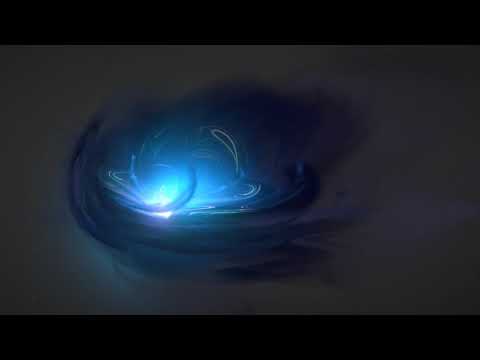 On another note, here’s the VFX I’ve worked on to take a break from the nova! Just a “simple” projectile, turns out it’s a lot harder than it looks… I don’t have much of an art direction going on, wanted to play with interesting colours but could not make it look good so it’s orange.

Next up is a beam, projectile anticipation… finding a style for the kit? Not really a fan of MOBAs so I can’t draw inspiration from my favourite characters & such. Didn’t want to dive into a fanart right after the nova too.

I’m sure I’ll work something out.

Don’t think I’ll be able to participate in the Dragon’s Breath sketch since I’m taking a break at the end of the month… but maybe I can bring my laptop on vacation with me.

Back from my week off, made my take on a Winston techy shield last week!
I may combine it with my projectile to work on shield impacts but the WWVFX contest is coming soon and I’m pretty hyped so… I’ll see.

I’ve gone back to working on-site last month so I had to adapt to the new pace, I’ve not had much free time for VFX… Managed to do this quick fanart on Saturday though!

Inspired by the game over screen of Metroid Dread, I wanted to make a crossover with another game (ended up being Breath of the Wild, thanks to theStoff for the wonderful models as usual). I would have liked to make the BOTW aspect more visible but I just wanted a small project for the weekend. 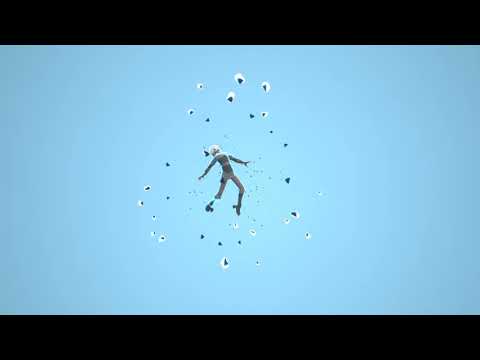 I’ve also started a big (UE4) project this month, I will share more in the coming days.

I’m still pretty busy with work but I have managed to submit something for the WWVFX, can’t wait to show it to you in April when I’m able to!

So the Unreal thing has been pretty slow, there was the WWVFX and also I didn’t like the concept I had but I said I would share it so I’m actually making a fanart of VALORANT, I’m making a finisher & developing VFX around a skinline that does not have them currently: the Celestial!

I’ve made some textures, shaders and a smoke thing? to learn cascade. 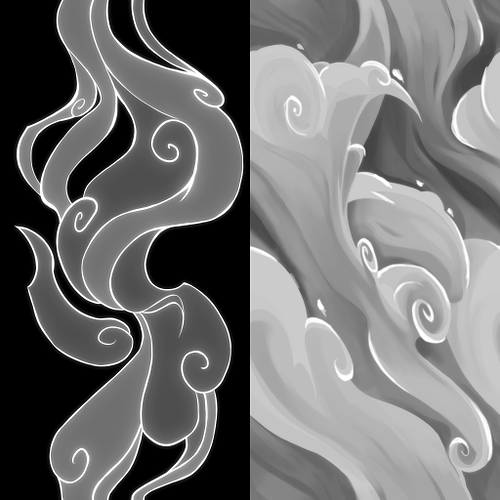 I really like the direction I have stylistically, I feel like it’s a good mix between the style of the celestial guns and the art direction of VALORANT’s VFX. Pretty happy with the shader too, it has a nice depth and complexity to it! 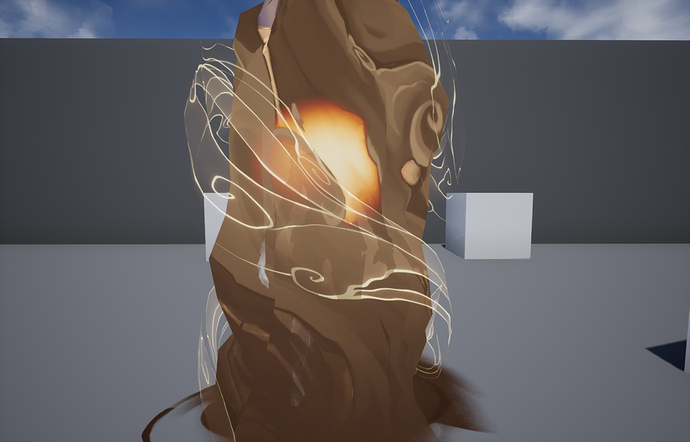 Here’s to hoping my next update won’t be in a month, take care everyone.

I’ve been playing Pokémon Legends Arceus all weekend and I really wanted to make a fanart of the rift because I love the colour palette (quite similar to the nova now that I think of it).

Really happy I was able to make this in a couple hours, I really feel like I’m getting better at this VFX thing.

Can’t wait to play more, I need to finish my pokédex.

Hey!! I’ve been sooo busy with work (& hobbies (so to speak elden ring)) I haven’t had time to work more on VFX but I’m happy to announce I got a silver award at the WWVFX Contest! I’ve already received an overwhelming support on Twitter (thank you everyone) but I wanted to share some “behind the scenes” (and also update my thread lol). So here are my “concept” ( /!\ Arcane season 1 spoilers ) & some progress shots. This was made in December 2021 so there’s so many things I already want to change but that’s part of growth ahah. 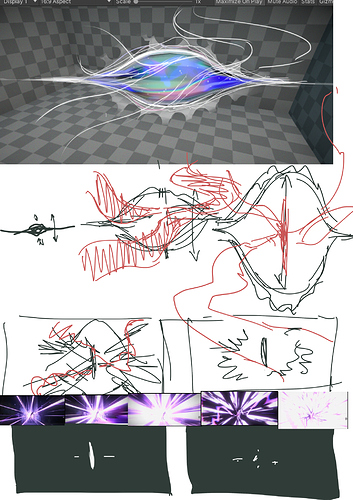 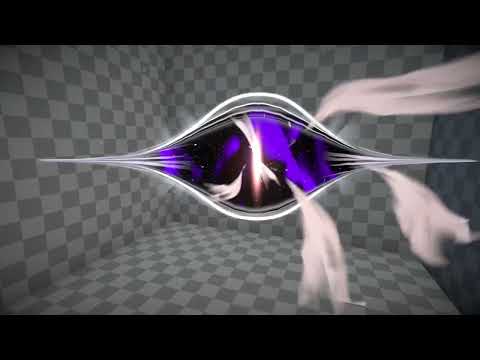 It was an amazing experience and I hope more people will participate next year, it’s already been awesome seeing so many submissions to the #50 sketch!! See me at the #51 (I hope but I’m moving countries this month so…) 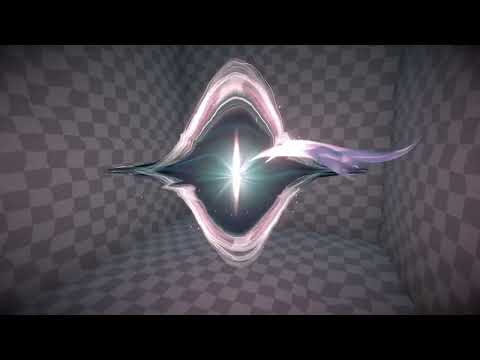 I really want to do an effect with camera work/storyboarding like so many of the wonderful submissions to the contest now. I can’t wait to get back into learning things.

In the meantime, enjoy this small shader/color test I’ve made last month!

These effects are awesome!

Really lovely stuff, Laura! Your Eye Vortex vaguely reminds me of the mask portal I made for Crash 4. Keep up the great work!

Oh my! That dissolve is so soft, a pleasure to the eyes!

I’m currently trying to achieve similar results for a dust/airy element that will be spinning around during an orb explosion.

How did you achieve that?!

I don’t have much of an art direction going on, wanted to play with interesting colours but could not make it look good so it’s orange.

Hahahaha I know how It feels! Sometimes I say to myself “I’m gonna go nuts with colors this time!” Proceeds to make a vomit mess

then I Just go back to using one color hahahaha

This trail looks awesome! Another thing I’m curious about

Hey, sorry for the late response I was feeling a bit sick these past days!

For the dissolve I always use the same setup. It’s a shader function that has an EdgeFade/CircleMask or a Texture input. 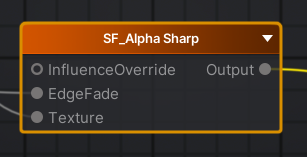 You can then play with the Smoothstep & Texture influence to change the look. There might be a better setup but it’s fast and I have enough control over my alpha this way.

On this specific shader I have another circle mask that overrides the border.

The trail uses the same shader for opacity, this time with the Alpha vertex color as an override.
The smoke is pretty simple but I’ve added a lerp that makes it so alpha influences distort strength.

The trail is two trails & some ashes with this exact shader!
Now that I see it though I have a couple ideas on how to make it look better ahah. Maybe it’s time to tackle trails again.

Edit: Oh and thank you Sean & Aaron for your nice comments!! The shape of the mask portal has such a nice squash & stretch to it, makes me want to retake my effect ahah.

Congrats on the silver award, mim, you totally deserve it!

Would you mind to share with us how you created the thin wobbly lines of the “eye lids”? Looks so rad!