At the GDC VFX roundtable last week, someone said they had created a very cool sandstorm demo. It sounded like the artist had accomplished a very dense looking storm using low res particles, but had selectively used small full res particles to give the illusion of a lot of detail. I apologize that I can’t remember the artists’s name, but if you are here, would you mind posting your demo?

I believe this is in the Star Citizen explosion thread

Cool, thank you! I will check it out.

Is this the effect you were talking about? 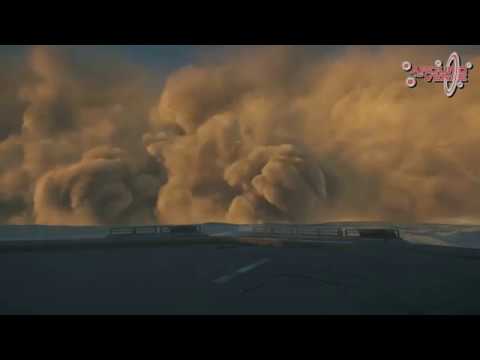 I was the one responsible for this effect. It used 2 flipbook textures for the smoke/sand, each had a 2048 resolution. They also have accompanying normal maps for extra volume. The real magic happens with the optical flow maps. It allows me to have the sprites live for 200-300 seconds while maintaining the smooth motion between frames with no artifacts caused by traditional frame blending.

I wonder how you got the optical flow maps. From Nuke?

Only NukeX would be able to do it, and not brilliantly. The easiest and cheapest way to do it right now is using Slate.
Read more here: Motion Vectors (for animated textures), How do you generate them?

cool. thanks for the info.

We use the twixtor pro plugin for after effects.

At the beginning of friday’s roudtable I asked a question about motion vector frame blending, and referenced the StarCitizen sandstorm video caleb posted above. I’m not sure if that’s the effect you’re talking about.

In my notes from friday, I also have some slightly illegible scribblings about rendering two emitters in a 1/4 res and full res buffer then compositing together. I don’t recall the context for this unfortunately =/.

Yeah, that’s got to be it. It’s really cool! Thank you for sharing!

Andreas, what makes you say NukeX wouldn’t do a good job? I’m not questioning what you’re saying at all, I’m just not familiar with Nuke. I love slate but I have a colleague telling me he thinks that Nuke will do a better job. Would be useful to know. Thanks!

To be honest, a guess. Granted, this was a few years ago but when we tried to use Oflow in vanilla Nuke to generate the vectors, it produced results that were so far from usable that we decided it wasn’t even worth getting NukeX to try the unlocked version of oflow and the generators. At the time, twixtor was a fraction of the price and gave usable results pretty much out of the box. And since then, it’s been dethroned by Slate.