Here is a video of it: 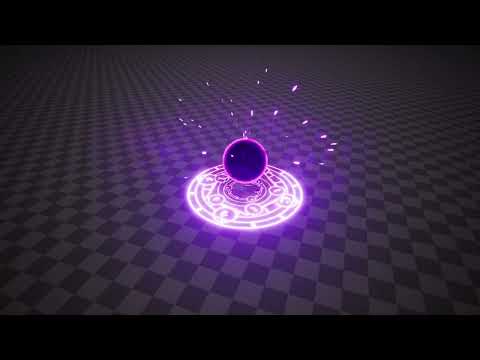 This is my first challenge and looking forward to participating! I’ve gathered up my refs and am going to make a floor portal like spell 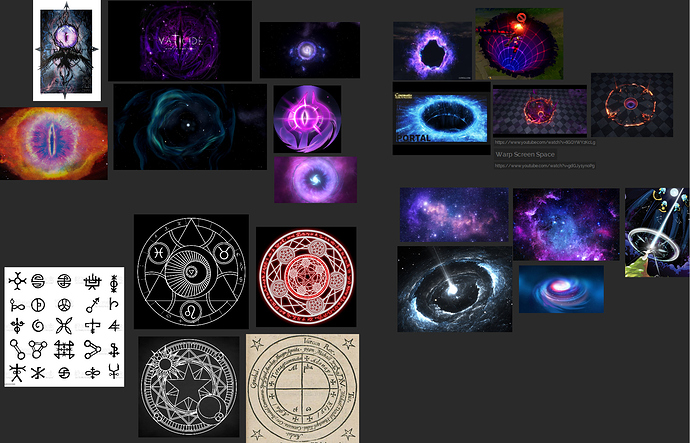 Quick sketch for what is going to happen.
Essentially there is going to be a start (magic circles), transition (circle and orb), then the portal opening and fade out. I’m going to work on the main large sections of the fx first so setting up the stencil shader to make the portal fx and environment 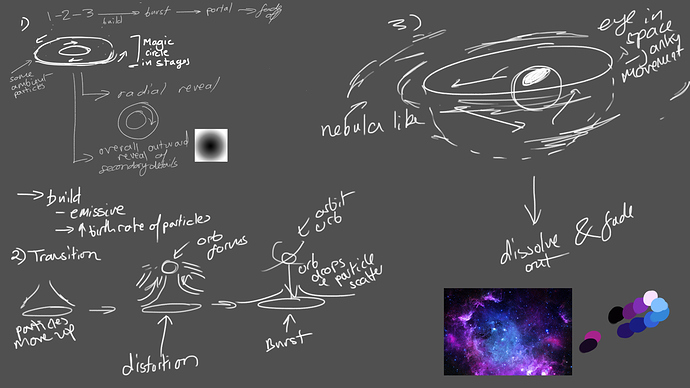 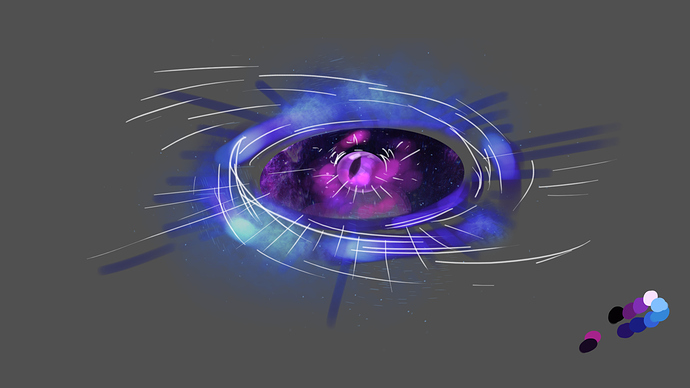 Made a start on building the portal. Made a shader that uses both view and world space for textures for the space 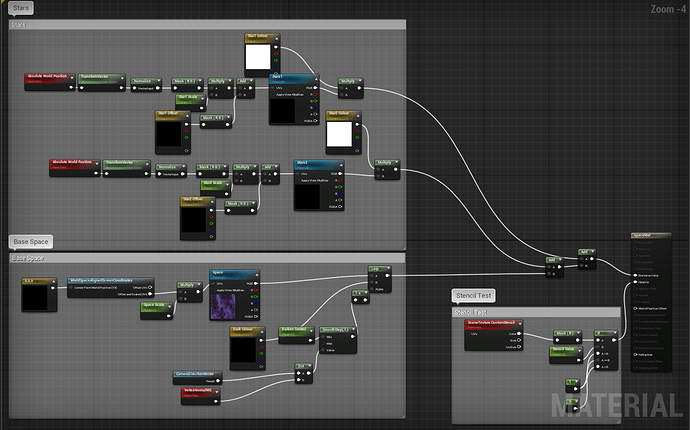 Just implementing some code to add this effect but in UE4 - need a custom node for this as I’m essentially doing a bunch of texture calls and adding them on top of each other based on a given noise height map. Based off of Harry Alisavakis’ articlere here

UE5 will --at some point-- get a forloop material node, that’d be awesome for this kind of stuff.

Yeah that would be super useful - for now though, sticking with hlsl is good for me ^^

Using a lot of parallax for the effect 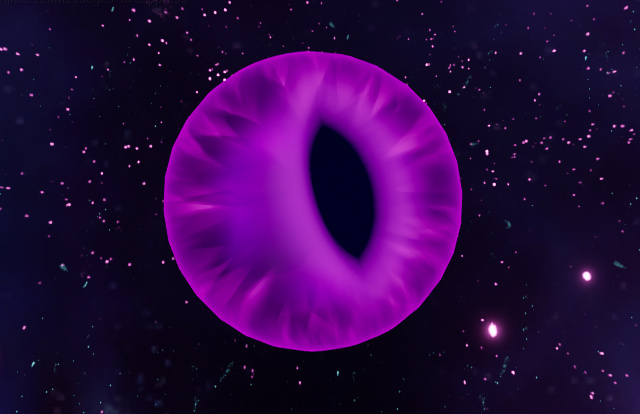 This is awesome! Thanks for linking the article to the parallax method, that was very cool. Can’t wait to see what you do with this!

Posted here as well: trying to figure out how to add radial noise to an emitter. 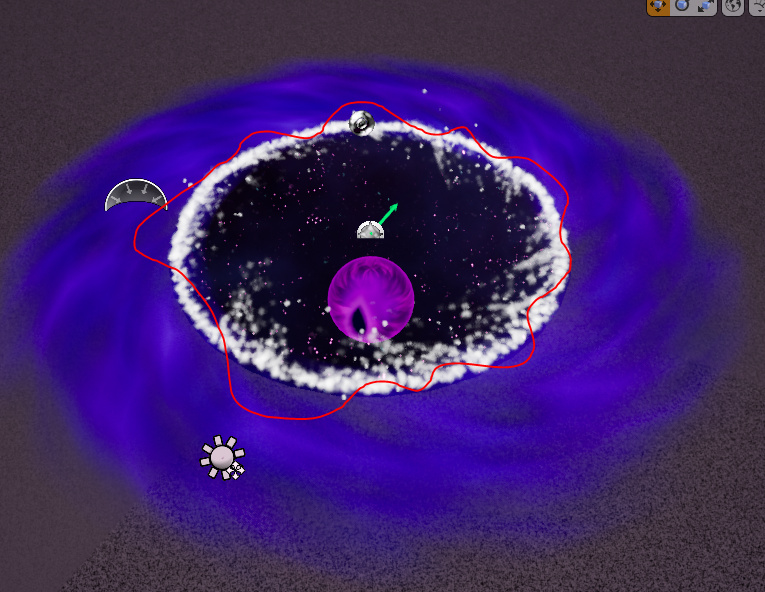 Added fx around the portal 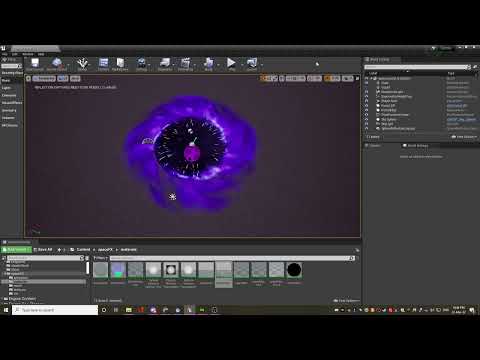 Are you planning on adding a startup and dissipation phase? I am really eager to see how this effect unfolds, hehe

Yep! Hopefully I can get a move on with it as I’ve got quite a bit to do left 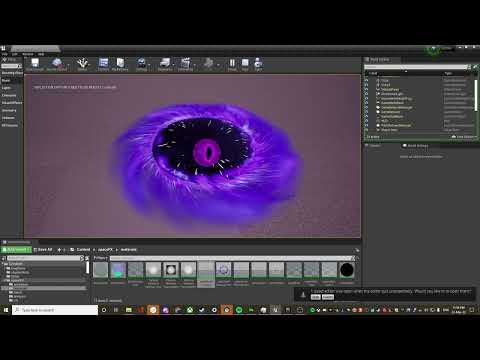 Made a procedural magic circle in substance designer today to quickly get some different iterations of designs out. Probably going to export the one in the screencap and use it as the main circle. 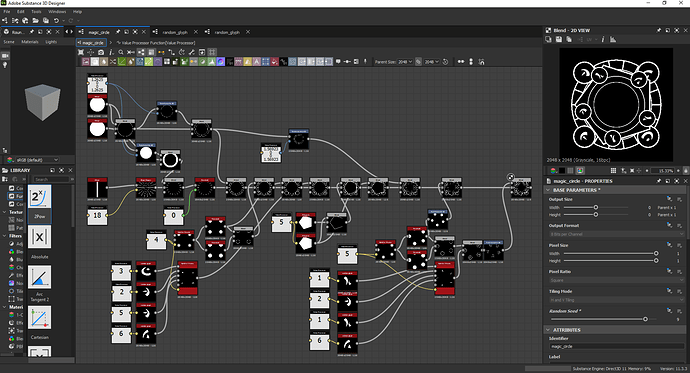 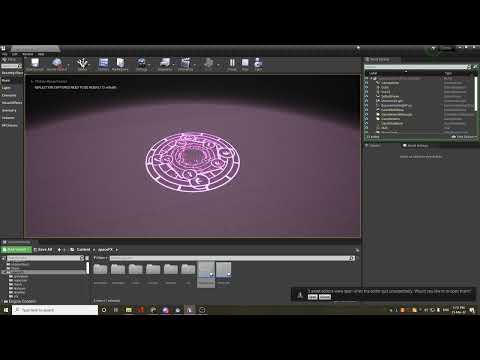 Used Blueprints to be able to control a variety of parameters in a Timeline. A timeline is started on play which animates the dissolve and emissive mask and I increase the spawn rate of the particles as the circle lights up over time. I also control the rotation speed using the timeline as well. 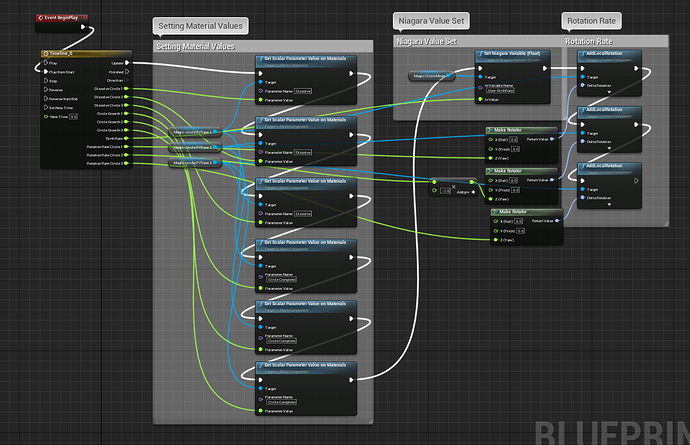 The Magic Circle material is fairly simple - it has a reveal gradient that is controlled by a float which slowly lerps between a dark colour to a bright colour that has an intensity around 15-20. There is also a dissolve noise that is multiplied across the magic circle mask to reveal it. 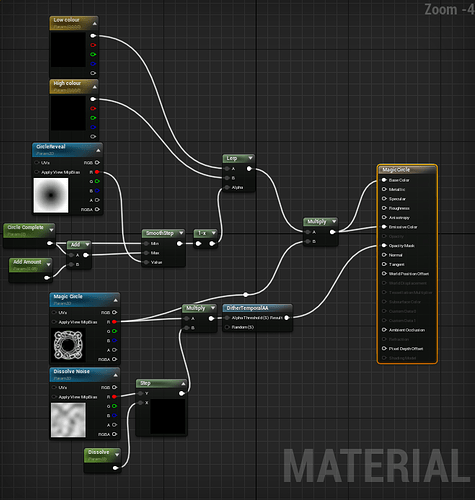 For the particles to spawn only where the magic circle is emissive, I followed this tutorial by tharlevfx. It is important that the material of the magic circles write to the Base Colour GBuffer as that is what is used as a mask to determine where the particles will spawn. In future iterations, it would instead read a render texture from the material but due to time constraints, this method is acceptable.

I’ve done some more timeline work but haven’t finished yet but here is some more part building! Played around with trails in niagara so need to add a nicer material to it and added some funnel meshes to add more interest. Need to add a growing sphere thing and then make the transition between the circles to the portal 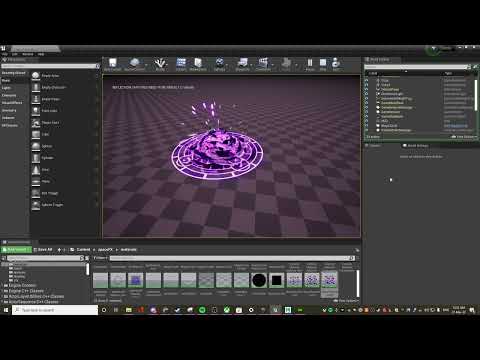 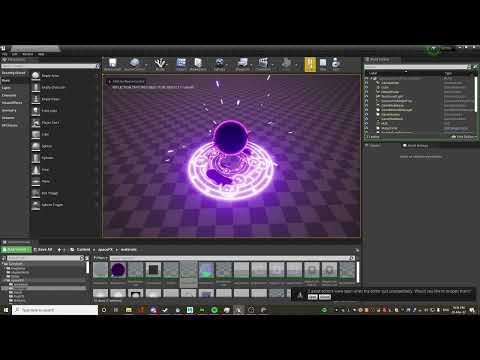 There are a couple of things I want to add since I’ve got the time: 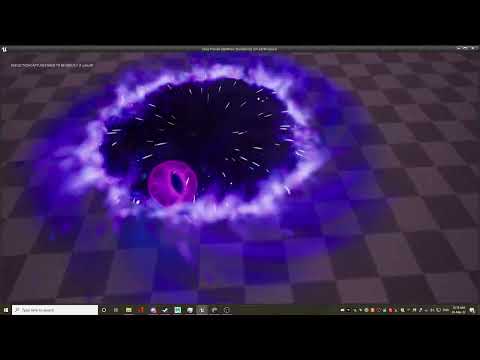 Here is the Youtube video
If people want me to break down anything let me know and I can take you through the fx. The blueprint to get timings right is absolutely insane XD

Man, that really packs a punch!
Loved the anticipation! It really sold me the idea “man, when this explodes, the world is gonna end!”