Introduce Yourself! A little about yourselves

Hello everyone, been lurking a while and just surfacing.

My name is Sebastian (28), but some call me ‘Hati’. I’m from Germany and part of a small gamedev team on the adventure of founding a gamedev studio ( Yes quite insane ) and would describe myself more of a Tech Artist currently. Part time I also teach game programming.

My way into VFX… I really don’t know where it started, like if there was a “that moment”. Probably all that spell effects in Secret of Mana / Secret of Evermore / Seiken Densetsu 3 and in general melee combat effects in early Monster Hunters like proper bleeding on characters and procedural animations.

I used Unity for ~3 years, mainly as for small augmented reality applications and location based storytelling applications. And still use it here and there for work. We just switched to Unreal for our current title after some evaluation time (~1,5 year ago).

Our current title is called Paused ( WIP Title - as it is just not that easily searchable with “paused game” ). An action-adventure about time manipulation and telling the fairy tale of an ancient otter civilization possesing the power to slow down time. I mainly do programming and effects here, currently busy working on the combat system as next slice. 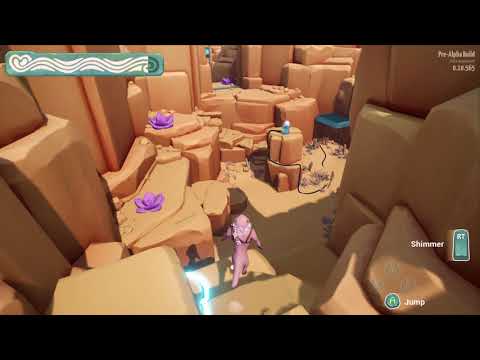 ( Sorry for german narrator, budget is tight for prototype and we are very lucky to have him

Aside from that I try to get better in VFX overall by doing studies and small sketches of ideas / learning stuff basically for either Paused like here:

Or just simple experiments with spell effects and getting better at creating bases for VFX.

Also nice to meet everyone

I am Jawad currently working as VFX Artist at Fiverr and Upwork. I have been in industry from last 5 years. I use 3Ds Max, After Effects and Adobe Premier. If anyone need VFX Services can reach to me through my following profiles:

Found this forum from last year’s GDC (2017). Came back to GDC again this year (2018) and really love this community so I figure I’d better join and contribute!

Received a BFA and MFA in 3D computer animation and music from the Ohio State University. My primary passion is creating real-time visualizations of music. Completely procedural worlds, effects, and fun visuals that can help tell stories and visually portray music in new ways using a game engine for rendering. Previously worked at DreamWorks animation in layout and completed their FX challenge program. Currently building 3D animations and visualizations predominantly using Unity3D, Maya, Realflow, and AE. All of my music visualizations are real-time and generated in Unity. You can check out many of my works on my website or Youtube channel. 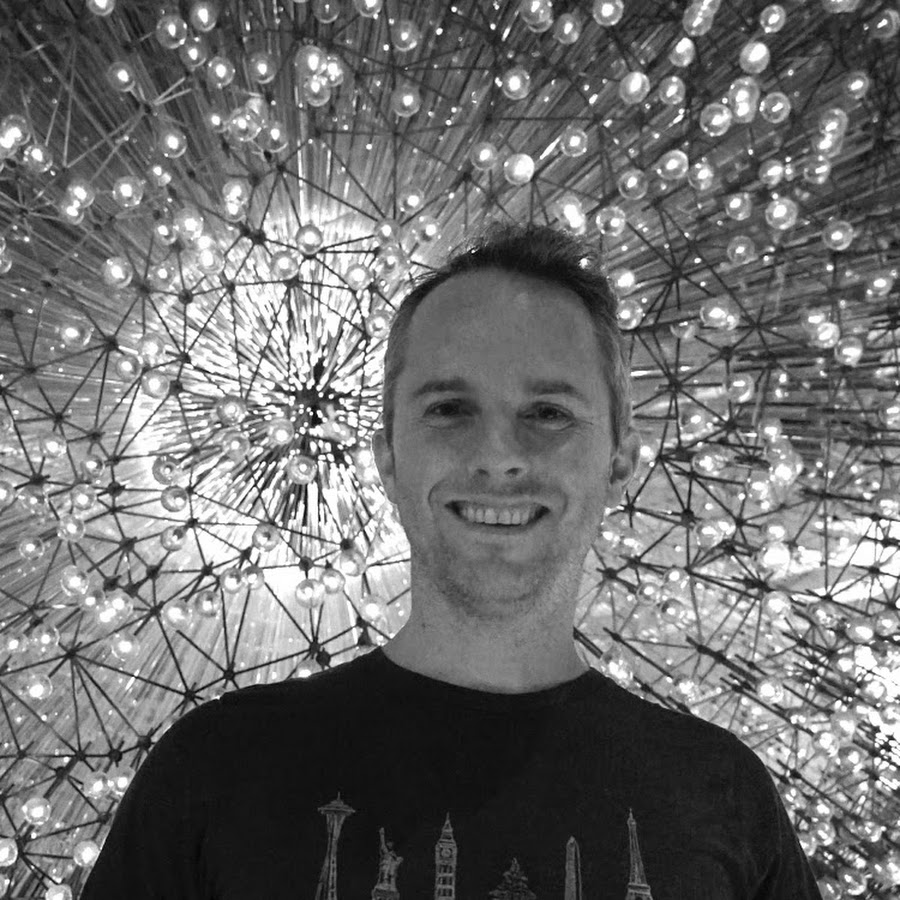 Nice to meet everyone and please don’t hesitate ping me!

I am just starting my vfx career, I have been a general artist on 4 small game projects while in undergrad. I did everything from directing, concepting, modeling, animating, level design, vfx, and tech art. I graduated with a bachelor’s in studio art and now I’m starting to specialize in vfx! I’m currently digging into Unity (can’t wait for the visual shader to come out!).

For now I’m working on a little game project with some friends but I still have so much to learn and I’m really excited to engage with this community! Y’all are doing some really inspirational work ^U^

I’m Rizzo and I’m currently a UI artist at BHG in Baltimore. I started in the game industry about three years ago and ~one year ago discovered my love for VFX and shaders! I’m very into stylized, juicy FX (hatched from an eternal love of Kingdom Hearts, probably) and am so excited to soak up all the knowledge on these forums.

I found this place via GDC 2017 VFX roundtable and have been lurking ever since, so I figured now was as good a time as ever to join.

Currently most familiar with Unity & C#, semi-familiar with HLSL, and pretty new to node-based systems like Houdini, Shaderforge, Amplify, etc.

Please don’t hesitate to ping me! I’d also love to follow you on twitter if you’re on it - I’m @rizzodaly

Hey dude! Welcome to the forums! I totally have to reply to this because the love for stylized juicy FX (SPECIALLY KINGDOM HEARTS …must…not…fanboy…)!

Since you do UI, be sure to check our boy Alexander’s post. Some pretty amazing splash screen stuff with scrolling texture with mask setup!!

Hello everyone, i want to show you my VFX reel, and some other works. In last year I worked on the project called The-Exiled. It’s a sandbox MMORPG with strong skill-based PvP combat. All the special effects was made in Unity3D. For the most of my special effects i use scrolling alpha blend shader, hand-painted masks and colored noise clouds. https://vimeo.com/210140212 Same technique was used here for splash screen effects. https://cdna.artstation.com/p/assets/images/images/004/570/776/ori…

Hi!
My name is Emil Christenson and I am a technical artist at a R&D studio under MTG(modern times group, not Magic the gathering

) in Stockholm, Sweden. I got my bachelor degree in game design from Uppsala University in 2017 and I stumbled upon this awesome site and it has really got me inspired to delve deeper into VFX as that is something I am lacking in my current skill set as a TA. Love to be here and I am looking forward to all the discussions and all the feedback I can get from you guys!

I’m a 3d animator looking to explore the world of vfx. I just started with UE4/Cascade about a month ago, so there’s a ton to learn! See you around.

I’m Mik and I’m a VFX artist for mobile games at Ludia in Montreal. I’ve been working on VFX in Unity for about a year now after transitioning from Motion Graphics.

Nice to meet you all, I’m eager to be part of your community.

I`m Greg, a VFX Artist that lives in Brazil - Amazon

I work at Black River Studios, a studio inside one of the Samsung`s office.

I was a game programmer graduated in Computer Science and with a Master Degree in Data Science (Image retrieval). But my passion for games a skills with illustration dragged me to VFX after I got my first job as Game Programmer (Took me a year to learn 3D and shaders before becoming a VFX Artist).

Ive been posting around some Effects from the game Zelda BotW, that Im recreating for studies. So if youve seen those, its me here o/

I also worked on the game Conflict0 - Shattered for GearVr.

How’s it goin people!
i’m Shuaib (but you can call me Elzi) And i’m a new to the Vfx world! Got into it during my game and Vfx program in school (which started 6 months ago), and i’m learning more and more Vfx has to offer! been having alot of fun with it and see myself improving as time goes by.

I haven’t done much work yet, but here’s one of the projects i worked on for my portfolio 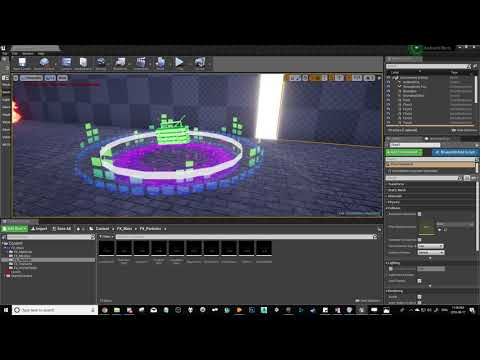 I’ve been working in Croteam for couple of years now. Mostly photogrammetry and varios modeling stuff. Im coming from photography/print/dtp/cnc related stufffs in which i have about 10 yrs of experience…

My enthusiasm got me “learn VFX and make amazing stuffs” award… So i started using Houdini couple of months ago, and now I feel like I’m getting hang of it… But I’m really just poking around…

My name is Ilya Khamidulin. I am Technical Artist at Gameloft (Kharkov Studio, Ukraine). I’m working on developing mobile games.

The last year and a half, I often had to create visual effects and take part in improving the internal tools for vfx-artists, in which I was strongly helped by the discussions from this resource (discussions of new methods, shaders etc.).
My experience in this area is very modest, but I hope that in the future I will be able to fully dig into this world of magic.

It’s good to be here!
I am new to this site and to VFX. Currently working as a Production Tester (QA) and looking forward to learn as much as possible about VFX in games. Am using mainly UE4’s Cascade, experimenting, watching tons of youtube tutorials and looking for inspirations. A co-worker recommended me this web site, so here I am

And here’s my first puddle-doddle:

I’ve been around for a while but missed the introductions.
My name’s Mickaëlle Ruckert, I currently work for Arkane Studios in France where I worked on Dishonored 2 and Death of the Outsider, worked at Ninja Theory before that on Enslaved + Pigsy perfect 10, DmC + Vergil Downfall.
This place is no short of wonderful, a massive thank you to the people who made it come together and to all of you who contribute to making it so valuable every day.

My name is Kees Klop and I’m 21 years old. I’m a self taught traditional Special effects animator from the Netherlands.

I’ve worked on 2 projects, WhatTheHen! in Prague and Lethal League Blaze in Hilversum. With my own company name SmearKees Animations.

I still only have 6 months of professional experience so I still have lots to learn and with RealtimeVFX I feel in the right place!

Curious what I make, check out my reel

My name’s Charles, and I’m a VFX artist from Brazil. I work with games since 2008, most of this time in simple projects for web and mobile as a 2D generalist, and just around 3 years ago I’ve discovered the VFX, when I was working in a game called Heavy Metal Machines, and I felt in love for the area.

And big part about what I know today, I owe to this community. Thank you, guys!

My name is John and I am a budding VFX artist from the heartland of the United States. I have been learning and working with 3D in a serious manner since 2015. I have worked on a few indie projects as a modeler, environment artist, and art lead. I recently discovered VFX as an interest, and am working through learning the specific characteristics of it via tutorials and research. I am excited to be here and hope to have something to show to you soon.

Hello, I realized I have not introduced myself to this awesome community.
Very rude of me and I apologize.

My name is Jared. I work for an online gaming company in South Africa and have worked on shipping multiple games in UE4 and Cocos.
I fell in love with realtime VFX when I started making glowing sprites float about on the screen 2 years ago and from there have taught myself via watching many YouTube vids and through this community.

I am slowly building up effects for a show reel that will hopefully be complete soon.

My name is Jeremy Baldwin. It’s been far too long since I have been active in any community outside of studio work. A few guys and gals at Bungie had been telling me about this super rad community called realtimevfx. Now I don’t get out much, so it took me some time but I finally made it. I am a fairly open book (unless prohibited by NDA) in lending any aid or collaborative feedback no matter the topic when possible. So feel free to reach out at any point. Stoked to be joining and can’t wait to see all of the awesome work everyone produces.