How do I reproduce this kind of effect?

Hey guys!
So I’m studying VFX and Shaders (using Unity), and now I’m confident enough to search for references to try to recreate it on my own without using tutorials, etc. And I’ve found this fantastic effect on Pinterest from Alex (https://br.pinterest.com/pin/793970609325081262/)

How could I create these lines that spawn randomly but make a kind of orbital movement toward the center of the effect? 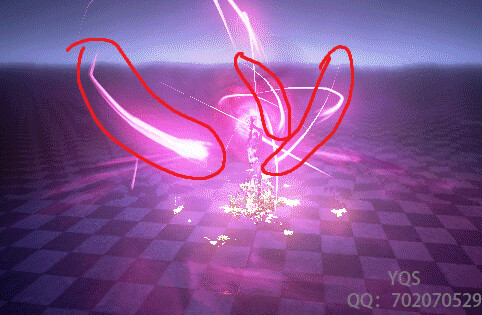 It’s possible to do it using ribbons, but it’s often easier to just make a mesh and scroll a texture over it.
You can build these meshes yourself using maya or blender or use a dedicated tool.

The easiest way to do that would be using a strip shaped mesh along which you can scroll a texture. Here’s a good explanation of how to do them: VFX Basics - Mesh Soulercoasters. The way people usually refer to this technique is “soulercoasters” as it resembles a soul going through a rollercoaster, not sure if that post is what started it.

In the case you shared it’s probably a particle system that spawns a soulercoaster mesh with a random rotation. If the mesh geometry is offset from its center, like in the gif below, the random rotation will make them behave in a similar way to your reference.

A similar effect could also be achieved with trails but that would probably make things more complicated and take away some control over the result, so I’d stick to soulercoaster meshes for this one.

Edit: Niels beat me to it

Thanks, Niels and Filo for the explanations and links! Super enlightening! I had no idea that this was made using meshes and was racking my brain to understand how to achieve this only with a non-mesh particle system haha

Unity:
in that particular case looks like it’s using particles that use trail only in render (assumed so due to the jankiness of the vertecies on the left one)
then you make them orbitate with the module “velocity over life time”
and get them come closer to the center by using
the value of radial on negative 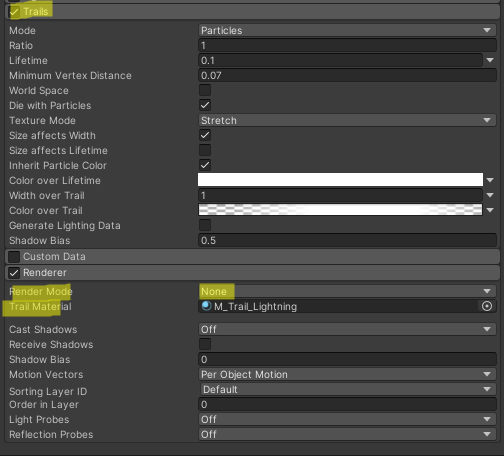 I worked on some other effects during this time and, by coincidence, I will get back to this one right now! Thanks for the answer @Ayun, it will for sure help a lot and I wasn’t aware of this technique.