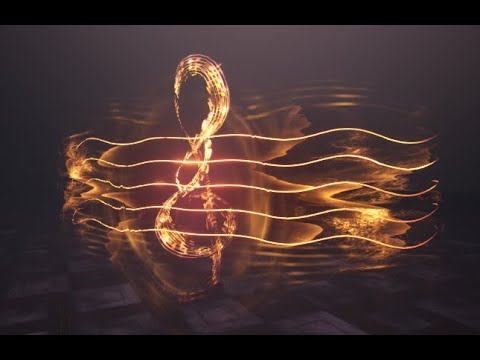 Hello everyone! this is my first draft and first sketch challenge.
Recently, I got a job at a game company for the first time and have been spending a busy day. Now I’ve adjusted to some extent and I’m going to participate in this challenge because it looks fun.

What I want to sketch is the wall-type shield effect of the music theme.

In the past, when I was studying game VFX, I was surprised to see @pataya 's amazing work while looking for a reference. ( This one! : Pataya: Sketch #40/2 - #3 by pataya )
So I decided, “If my skills improve to some extent, I will also make effects related to Treble clef.”

I think it’s time. I’m going to make a vfx that mixes music and shield. 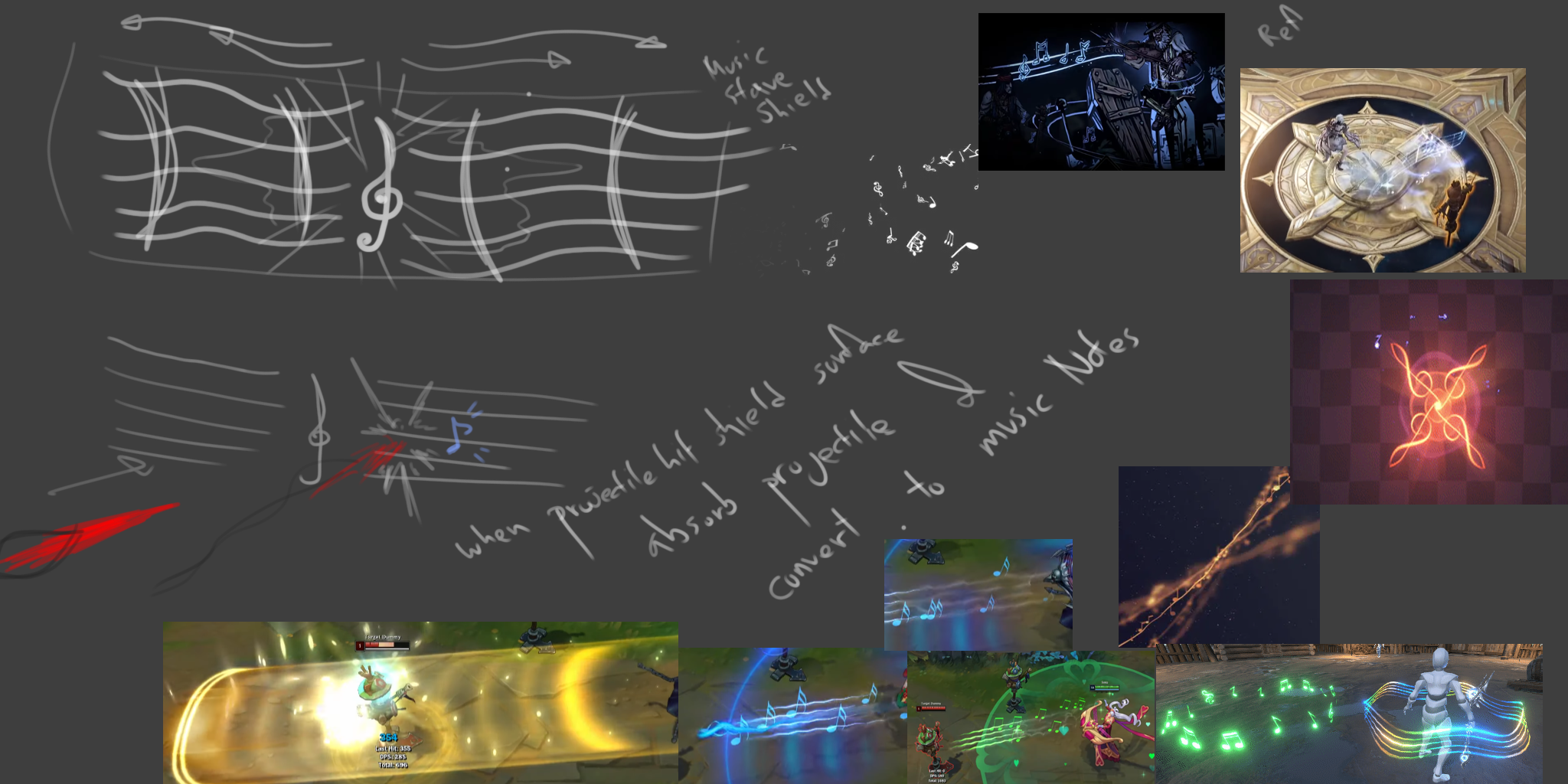 This is my simple concept, a wall-shaped muse shield vfx.
when a deadly projectile toward the shield and collides, that gets absorbed into the shield and turns it into a muze note.

this is initial design blockout.
I planned to put a Treble clef in the center and place music staves on both sides.

And this is what I’ve been doing so far.
I need to make it look more like a shield first, so my next plan is add more decoration such as a shroud or forcefield something.
also treble clef texture is placeholder so I’m probably going to change the design, but it’s under experimentally.

I’m sketching little by little after work. I’ll try my best to do until the deadline is over

Loving the idea here.
Just one small nitpick: The treble clef is usually over the g so it feels surprisingly weird for it to be in the center.
(I guess technically speaking that makes the center line a g, but that is so uncommon

If you are worried about balance, I’d try using a more standard design. It’s thicker in the middle to make it feel more symmetrical.

Thanks for feedback! I definitely think it’s a good idea to pack these details, I’ll refer to it when I polishing my Treble clef design!
Also, after saw your advice, I suddenly came up with a new idea and wanna experiment with something right after work. I will update soon when I make some progress!

First of all, I found the good reference for my vfx, “Dr. Strange’s Music Battle”.

In that scene, the music staff element was sharper than I thought and I liked that visual.

So I increased the brightness and contrast of my music staff line and added color variations.
I like this metal string feeling, so I’m going to set it up like this.

and I modified offset of Treble clef.
I’m still using the placeholder treble clef texture, so I’ll replace design it as soon as I’m done.

The next priority work plan is

weekend is coming!
Although I declared my priority on work, I had an idea that came to mind and worked on it first on it.

so this is casting effect blockout for shield skill, I will probably improve further it later.

It’s really cool effect, I want to see the continuation! Keep it up

@Structure_Bend Thanks! I’ll keep it up.

Today, I redesigned my Treble Clef.

I used a curve mesh for Treble clef and animating the score texture through Texture UV Offset.
Texture took part of the ‘Saint-Saëns Danse Macabre’ sheet music and made it.

Looks great, I love the idea!

Loving the effect, and as a fellow lost ark player (Which I’m guessing you also play) I’m super hyped to see the final effect

I can already imagine this shield being a part of the Bard kit and playing out some music notes when blocking hits.

@Ziem @Azeros Thanks! I’m not sure can I finish before deadline, but yeah I’m planning on synchronizing it with a short melody. anyway, I’ll try my best during schedule!

Today work was adding more shield-like decoration such as aura effect!
and with a small detail, I placed soundwave-like element around Treble Clef.

The next priority work plan is

Before making projectile, I tweaked casting phase little more.
Maybe I can improve it more, but I’ll see about this later.
If I have enough spare time left after finishing priority works, I’ll doing more polishing for Casting phase.

Today, I will work on the enemy projectiles before I go to bed.

Splendid, looks gorgeous!
Love all the details, specially the one where the treble clef is a musical sheet.

@GabrielAguiar Thanks! It was one of the idea that suddenly came up during the design improvement. Fortunately, It seems a good result came out I think.

I had something else to do today, so I did a simple task.
I just started designing enemy projectile.
The main dish is a shield, so I’m planning to design just a simple projectile.
I’ll attach just a few more decorations like trail or glow something. and then I’ll pay attention to the impact design.

During the designing Shield Impact, at the same time, I applied the animation of the projectile hitting the shield scene with ue sequencer.

As for the design of the enemy projectile, I decided on a simple design because I thought it would be better to focus more on the shield design. 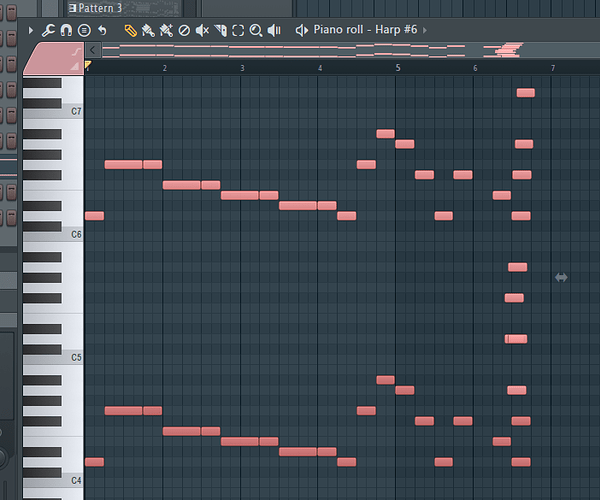 FLKey703×585 52.8 KB
and I took out the FL Studio that I bought a long time ago and made a simple melody part of ‘Danse Macabre’

maybe someone on the web found the way to automatically synchronize the movement of game objects and music through Midi or Sound Asset? but I have a limited amount of time, so I just adjusted the timing on the sequencer manually.

The impact effect is currently very WIP, so I have placed it in a temporary design and only syncronized timing it with the scene.

so, next priority work plan is

I’ll try to proceed as much as I can after the weekend schedule.

I’ve completed all the tasks that I prioritized.
Maybe there’s probably more to improve, but I’m going to wrap it up here, and I’ll go to make something new.

Edit : If you’re in an environment where you can hear the sound, listen to the sound, too! I synchronized vfx with the melody.

Edit2 : After uploading it, I found still have something that bothers my eyes, so I’m going to modify it a little more.

Ooooh, I love that, it’s amazing

hnnnnng.
dance macabre is now stuck in my head

@Rensei @Luos_83 Thanks guys! I hope you like the melody

Compared to the previous process, the most touched part is the phase of dissipation.

I’ve fixed everything that bothers my eyes, but maybe I can improve it if I spend more time. But I’ll wrap up this here. Really! 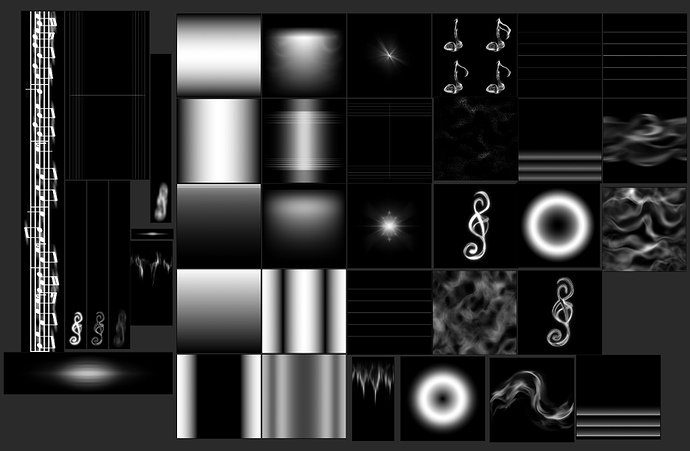 Textures974×637 162 KB
lastly, here’s my textures for making this vfx.
I didn’t use any of the textures that I had before, and they were all recently made for this VFX.
10 Likes