After finally finishing uni, I could focus completely on VFX, which is why the last two weeks were insane for me!
I’ve learned so much through this forum and its users, which I truly appreciate. The effect is pretty long (~ 30 seconds), because I purposely wanted to add different aspects to it, forcing me to learn about different ways of texturing, shading and modelling.
I would appreciate any kind of tips/critique, it would mean the world for me! 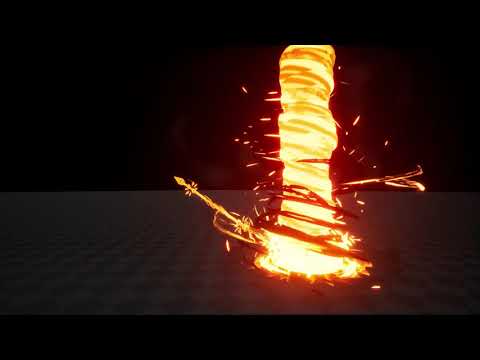 If you have any suggestions or tips, I’d be happy to hear them!

Looks great so far! I think you would gain A LOT by experimenting with the timing of all of your “moments” here, because it’s very elaborate. IMO there are two areas specifically that you could work on—

1- The overall intensity (not brightness or speed, more like overall visual interest) over time is mostly constant. The flow is kind of like: a buildup going into another buildup into another buildup etc but all of those buildups are the sameish intensity and last about the same amount of time. If you adjust them so they start out slower and less intense, and each one after it is faster and more intense, the final ‘moment’ will have a lot more oomph.

2- Carry that same idea into each of the individual buildups too.

Wow, thanks alot for this, you are absolutely right

I didnt even have to see the effect again to know what you meant. I will spend this day to play around with the intensity and timing of each part and see where it goes. I will keep you updated here!

Okay this took ALOT longer than I first thought. I’ve tried to adjust the timings of the buildups, and also merged the last two, where the spear spinned away after the tornado vanishing. I’ve tried to make the timings a bit more crisp and also adjusted the length of each “moment”. The first buildup is the longest now, and there should be some variety of timing and intensity. I would love to hear what you think, if you have any suggestions! 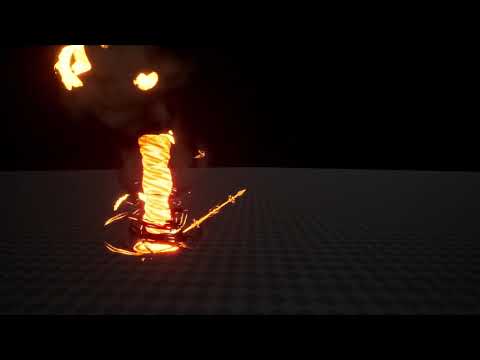 IMO here are a few things you could do:

I prefer the original one motion spear return. I don’t feel that the flying spear is adding anything. If anything it detracts from the initial impact.

Granted all of this is academic since we don’t know any actual use case for it.

Thanks alot for taking your time to give me this many critique points!
I will definetly try your first point, since it would shorten this long effects by a substantial amount, and also maybe give it additional “power”.
I will need to work on the pull back, because it was actually instant before, but I just didnt like how it looked like. Maybe a bit of working on that could fix that.
The impact definetely is too lame when the spear hits, considering all the particles flying around it beforehand haha, I dont know why I didnt put more emphasis into that.

Regarding the new motion of the spear: I thought it might be a nice addition to actually fly through the tornado, and be the “cause” of the tornado breaking apart. I totally agree that it feels like a distraction, since I couldnt even focus on what to look at when that part was happening haha

I will go through all your points and try to add the little smoke puffs at the end aswell, and maybe work more with the ground cracks (I think they are losing their presence a little).
Thanks again for your tips, they are super useful to progress! <3