I have been working on this super move buildup and projectile. The character is meant to shoot the projectile at the end of the buildup effect.

I wanted to ask for feedback here to get some more input on the overall effects.

One thing to quickly point out; this effect is meant for this character to be used in a traditionally played fighting game similarly to Street Fighter. It’s currently used in a school project.

[Animations and the character are made by other students on the project.]

A few things that came to mind was that please use a higher poly sphere so you dont see the edges, the other thing was the speed of things.

It feels like it’s first fast speed in the charge up, then slow-mo when it’s charged and then normal when he shoots. I would make it so that it’s the fastest in the end, i.e make the flames travel backwards faster because atm it feels like they move slower then the sphere shrinks at the start.

If you want the changes in speed I would try more extreme changes in speed and then tweak it until you hit the right spot. It might also be that it’s just something missing in the charged up state, if you add some movement in the charged ball it would probably remove the slow-mo feel.
But then I don’t play fighting games either so not sure how things usually look

I’d also probably try to use less gradients in the trail for the buildup and the projectile or switch to masked with them, so that they keep the same style as the other parts.

Might be worth looking at this for timing and speed
https://www.cgjoy.com/busywork-4856-1.html

Thank you so much for the reply and feedback!

I agree with you on all of your points, I’ll get to it asap!

I have updated the effect and adjusted some extra small details. I was wondering if you could take another look perhaps?

Thank you in advance!

Note: A part of the effect plays outside of the game camera, so the hard edges on the ‘energy gathering’ effect in the beginning won’t show up on screen.

Looks a lot better imo! I still think you need something for finishing the charge-up, if you look at the example I linked before he have a small flash after it’s charged up and just before he shoots it (you can go frame-by-frame with arrow keys).
As it’s you don’t really know when he’s going to shoot the projectile, can he hold it and then release it whenever he wants etc. With a small flash you know that he’s going to shot and can then more easily prepare yourself. 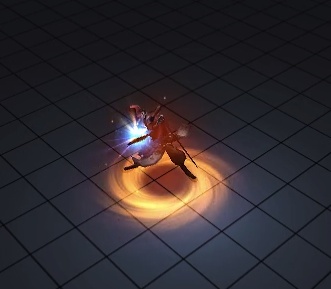 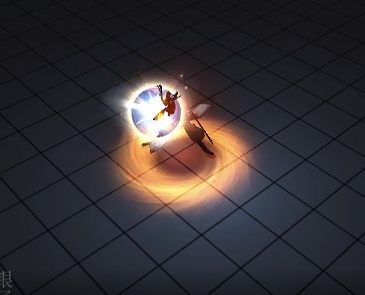 Alright! Thanks again for the feedback.

I’ll get on that straight away and post something later today hopefully.

Here’s what I have so far. I wanted to emphasize the flash a bit more, so I made the ball a lot smaller for the beginning and once the flash comes up the ball suddenly becomes a lot bigger. Thought that would make it a bit more interesting on top of adding the flash.

Hope you like it! I still plan on making the ‘energy gathering’ lines a bit thinner towards the ball, cause now the ball no longer hides those sharp edges which kind of breaks the immersion atm.

When charging energy, it is recommended to emphasize from a large form of weak value to a small form of strong value. And I think it would be better to leave more of the last acting exercise. Good job!

Thank you! I’ll keep it in mind.

Thank you for the help!