This is my first post on this forum, so I’m really excited. I made a Horizon Zero Dawn inspired Force Field/Shield in Unreal Engine 4. I’ve been working on it little by little in the last few weeks and I’ve never had so much fun with an effect until now. Character and player assets are made by Epic. 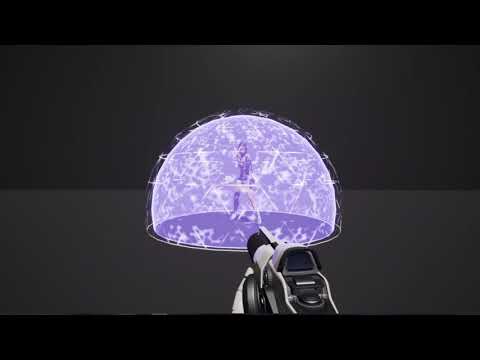 It feels maybe to uniform?

Perhaps an effect could be added to the hand that builds in brightness. Followed by animating the shield appearance with fast in and slow finish.

I am imagining a supernova that wraps around rather than spraying out…then again I am not sure what reference you were using.

As @MountainHawkD mentioned it’s particularly linear and uniform. Play with your timing, sequence of events ie anticipation, cast, release and cool down.

Definitly can see Horizon Zero Dawn in it!

Thank you for the feedback! I’m definitely going to work on those points. Although I don’t quite understand what you mean by a supernova that wraps around. Could you show me a reference? Personally I didn’t use a reference for the appearance of the shield, so that would be a good thing for me to start doing from now on.

Definitely using reference is key. Even if it’s just a photo board, collection of pictures and or some sketches.

Your shield reminded me of Frank Frazetta’s ‘Against the gods’ painting. The hand comes up in a dramatic fashion and gets brighter. Here is some reference for the shield appearing.

The essence of the idea or my assumption is perhaps that when the shield is cast it’s bright and bursts out. Rather than have it go out, perhaps it could move outward but follow the path of the final shape, your sphere.

Did I articulate alright?

I’ll definitely try this out!

Hey there, this looks really cool. I like how the effect is “layered”. I feel the purple part could be a bit more translucent, so if this would be for a game the player would be less obscured. Keep it up, this is cool stuff