This topic will be focused on my VFX work and how it will evolve in the time. I’m a beginner so I’m totally open to feedback and constructive criticism. I will update this topic with WIP and completed effects.

I’m a composer / sound designer for video game, I did my studies at ILOI for 5 years, a school focused on digital / visual creation with a video game branch. I learned the basics of video game creation and made a student game project with a small team where I mostly worked on the audio and the VFX part. I really enjoyed creating effects for the project and now I want explore more. This is why I’ve started my VFX journey on this beautiful world. 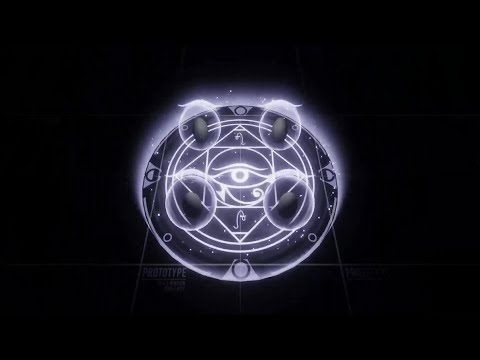 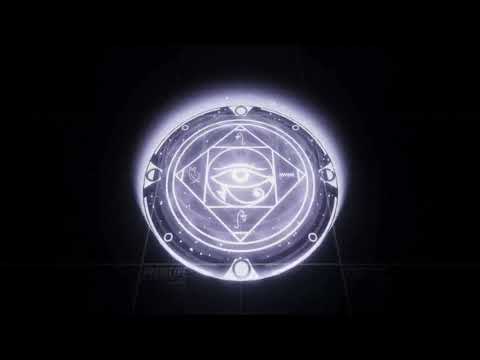 Infos : With some friends, we’re participating at the Voxel Horror Jam 2021. We choose to go for a top down game where you played a child being in a nightmare. First thing I had to do was to create this line of sight effect so I dived into a post process material.

Evolution of the line of sight + stylized fog

More work awaits, I’m trying to create a fade effect on the edges of the line of sight but for now I don’t know how. I shot linecast to detect the edges to create the triangles. I’ll make some update in the next days with some context and 3D models.

Suggestion: you might want to try something other than a top-down projection of the light. In a few spots, the light is incorrect. Like here: 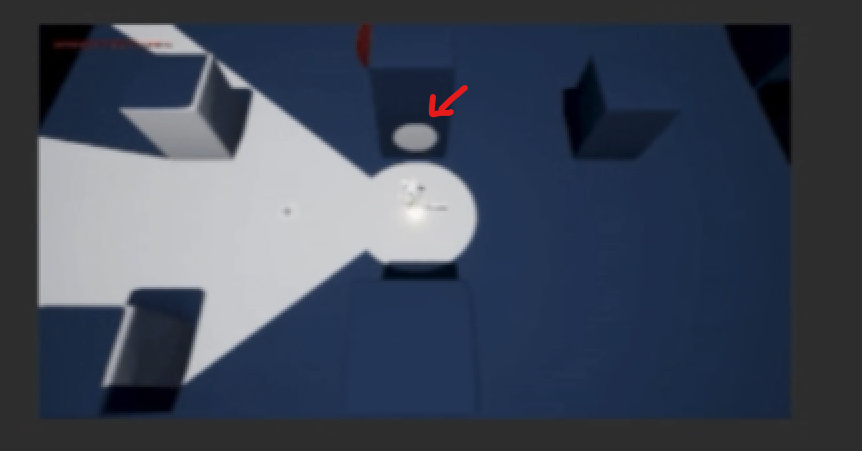 Might be too heavy for your game, but maybe try Volumetric Fog? All of this is built-in to that system. And if you want more interesting light projections, you can use a Light Function material.

Thank you ! It was quite hard since I was discovering the VFXGraph but I’m really happy with the result !

We don’t know if we will use the Volumetric Fog for our game so I put that idea but I totally did not think of creating a Light Function material, it will probably work better for sure ! I don’t know if I will rework the vision system now but I will try it. Thanks for your feedback and suggestions !

Infos : I’m very bad at drawing, that is probably my biggest weak point but I want to be able to create some vfx concepts even if they are simple. I don’t want to become a full vfx concept artist but I need some good foundations to be able to quickly show an idea. I watched many vfx sketches from concept artists to guide me through my first concept art. I’m pretty happy with the result even if their are a lot of mistakes ! 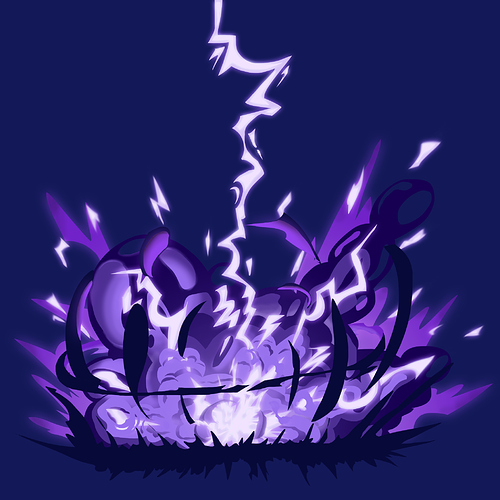 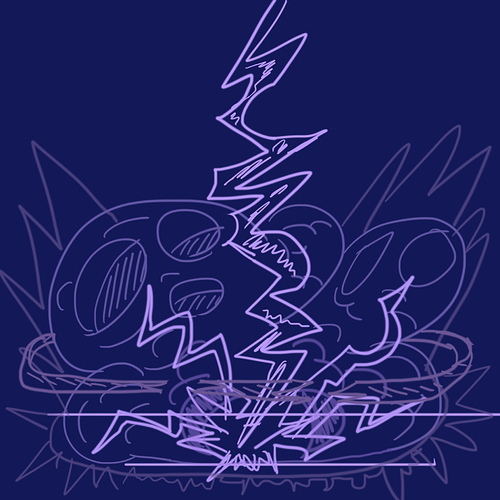 The concept is really nice, can’t wait to see more.

Thank you ! And yep their will be more !

Infos : We are getting close to the end of the Voxel Horror Jam and we have still a lot of things to do ! And my part time job also doesn’t help my vfx learning road. I still want to forge myself some good vfx concept skills, for now they are too much on the 2D side but I will work on it. Creating concept is really fun and help a lot on understanding how the vfx will be build ! 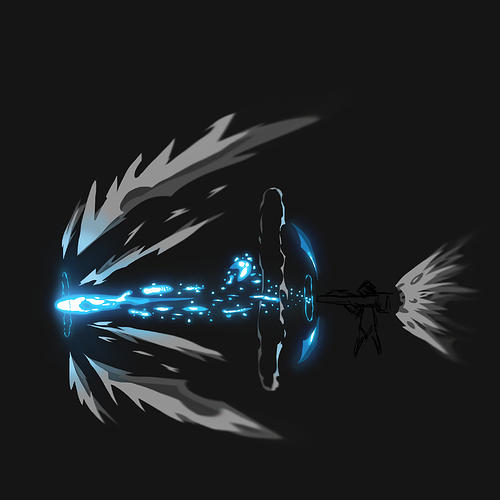 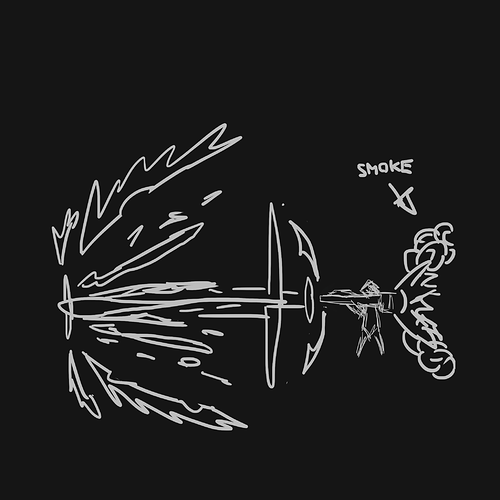 Infos : I learned a few very good techniques and I want to try them out so here we go ! This time, I’m working on a projectile, a toxic arrow (launch, projectile, impact). I want to be able to create different types of projectile (toxic, fire, ice, dark magic etc…) but with the same foundation. I will need to figure out how to generalize the process to avoid a complete recreation of the shader/vfx. If you have some tips on how to create a good vfx workflow on UE4, I will be glad to here them ! For those who did not saw or read this, here is an article of the workflow of Matias Mahler in Spellbreak, very interesting !

Soooo yeah, I almost forget ! Here is the concept for my future toxic arrow ! I’m pretty happy with the result because, I can imagine how I will proceed on UE4 to create this effect. Again, far from perfect but I’m slowly, gently progressing. 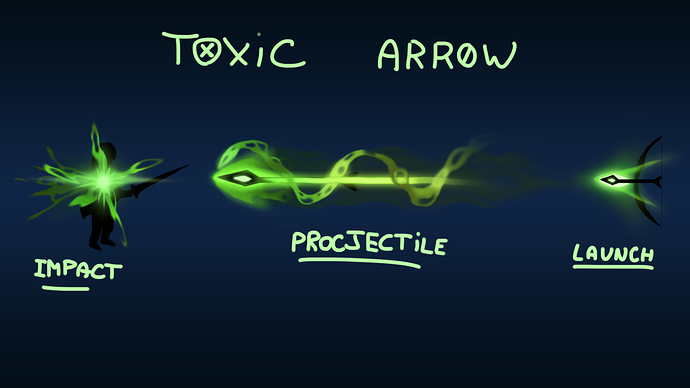 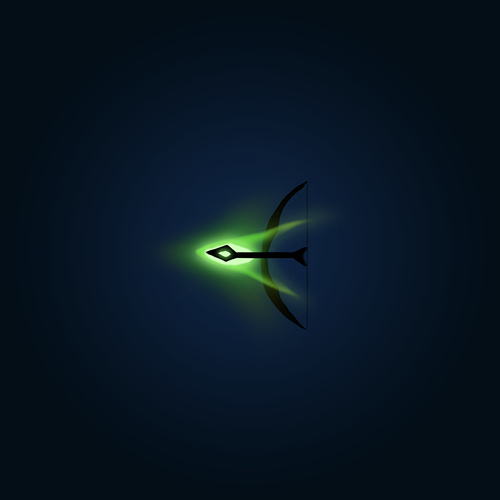 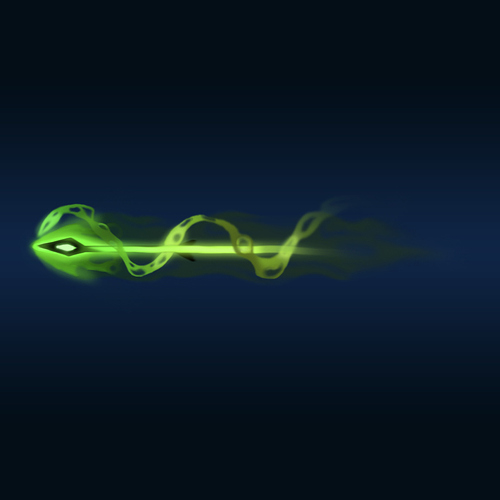 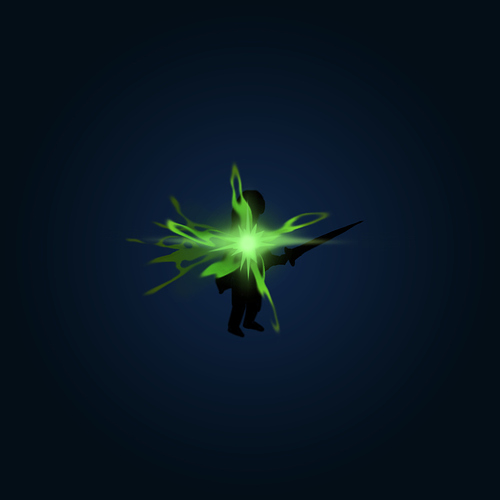 Infos : I tried to follow my concept and create the toxic arrow in Unreal Engine. I quickly found out some things that needed to be modified like the shot which was too simple. In overall, I’m very happy with the result ! I want to create different types of elements like fire, divine, dark magic and so on of this attack. I have reworked the workflow to be able to quickly create variations. I will start create new textures for the new effects.

For the V2, I did some adjustments on the projectile. The projectile mesh was actually there but was waaaaaay too small ! 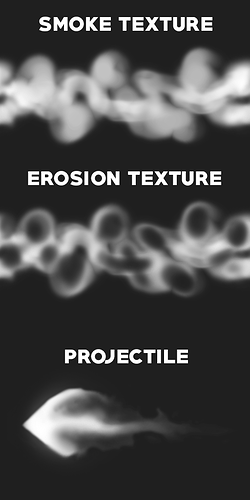 Infos : I’m still creating variation for my arrow shot and here is the fire one ! I’m happy with how I built it, it’s super easy to customize, I mostly just need to create new textures and tweak a bit the emitters and voilà !

Question : BUT their is something I’m struggling with. Their is a flare for the HIT effect but it’s overlapping with the mesh. I don’t know how to manage to draw the flare in front of the mesh. Someone got any ideas ?

Infos : This one is inspired by the Arcana skins series from League of Legends ! They are so clean and classy with so much details, I love this skin line ! I had to create more detailed textures and also add / modify some of my emitters. I wanted to the keep the colors from the original texture so I had to create many more materials. I did not think about that when I originally started but it was not very long to create. I still don’t know how to draw the flare on top of the mesh so the impact feels a little weak but overall I’m super happy of the result !

Some of the textures 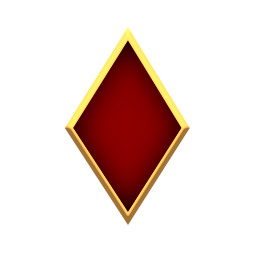 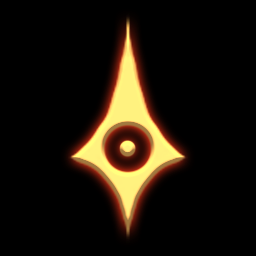 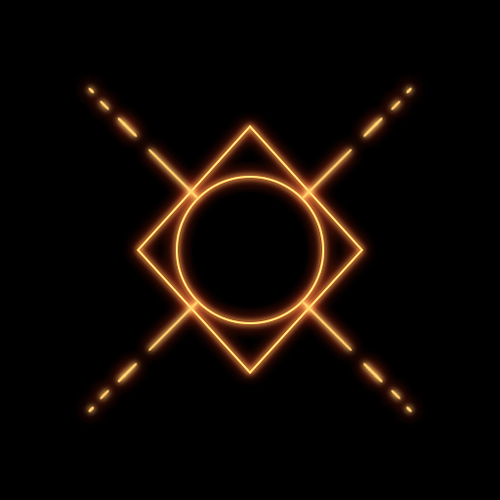 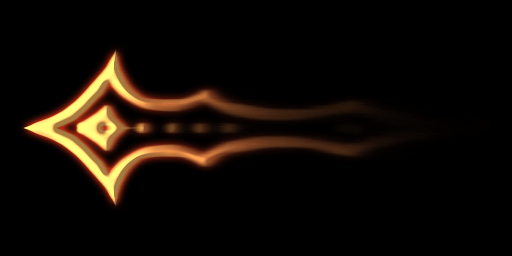 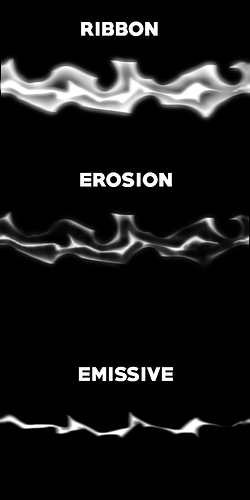 Just on a general node:
I really like what you’re doing with the fx! I think if the timings of the arrow were slightly different, vfx would pop more as well. Right now, the arrow is flying in a (more or less) linear fashion. If you would change the projectile curve to something like ‘ease out quad’ or similar, I think it would have more ‘impact’. There’s actually a cool thread, related to timings here:

How do i make my timing better? General Discussion

Im not sure if this is any help, (its cascade, and I might approach things a bit different now) but I made this video for someone who was struggling with explosions at the time: https://www.youtube.com/watch?v=hxXSa2Xxn0Y And for timing in general, watch the “12 principles of animation” videos on youtube

Very good idea for the projectile curve ! I’m trying my best to give impact and interesting movement to my particles but I totally forget to give this attention to the projectile itself. I tried with 2 different curves :

I like the movement of those 2 but I think the first one gives a more launch & rush feeling. I also oriented some vfx to give the directional effect you were talking about. It’s indeed working well !

Concerning the anticipation, well I actually thought about that when I started those effects but in the beginning it was suppose to be some kind of basic attack. But now I want to give them more style and power so yeah I will definitely create casting effects !

Thank you Tobias for your feedback !

BTW, do you have any ideas how to draw a texture on top of a mesh ? I want my billboard flare hit to appears in front of the mesh like on this image. I’m struggling so hard on that :C 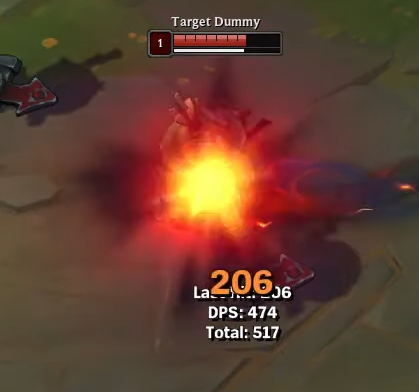 I’m currently trying a solution for my own billboards in UE4. What I’ve done and it seems to have worked with no weird side effects is to use a camera offset node in the material but what I would really like is to use custom depth but that hasn’t worked out.
TL;DR: try camera offset and play with the offset value (you’ll plug in the world position offset material node)

Thank you @Azeros ! It was exactly what I was looking for. I feel like the flare is popping out more, the overall fx is more clear now ! 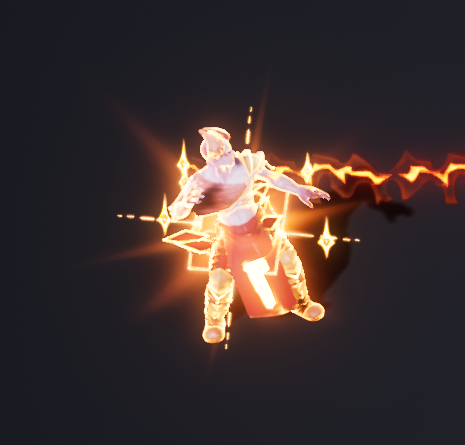 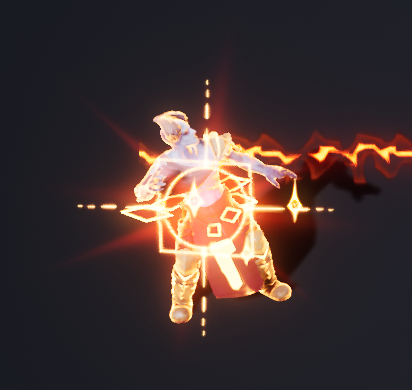 Yeah looks much better!
It’s a good feeling to know that the players will 100% see your textures hahahahaha, glad I was able to help

Hey, it’s been a while ! I had finally some times to work on vfx so I wanted to create new stuff. I’m trying to make a MOBA type effect, something stylized with clear indication of the damage area. I love cosmic / astral effects and I never done anything in this style so jumped right in !

First I drew a concept to help me take some of the main decisions for the direction of the effect. The orb absorb the stars around to create his own star then when it reaches the maximum of what it can takes, it launches all the power in front of it, creating those dark little stars and anomalies. The yellow colors are for the normal stars, the purple / blue are for the dark stars. Btw I realized using a screenshot and painting on it was way easier and useful during the concept art phase!

Once I was sure about where this will go, I started working on it. I began with the cast then quickly put some of the launch elements to help me visualize the effect in general. After 4 days of work, I’m very happy with the result ! There is still some improvements to make and the Hit is still missing. 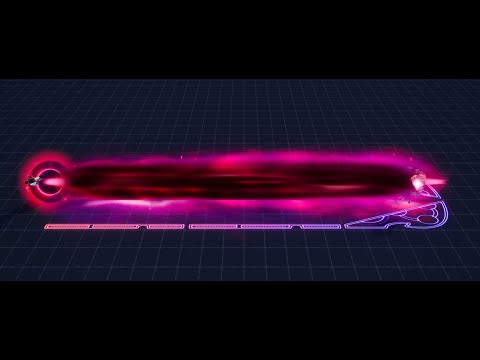 SOME OF THE TEXTURES 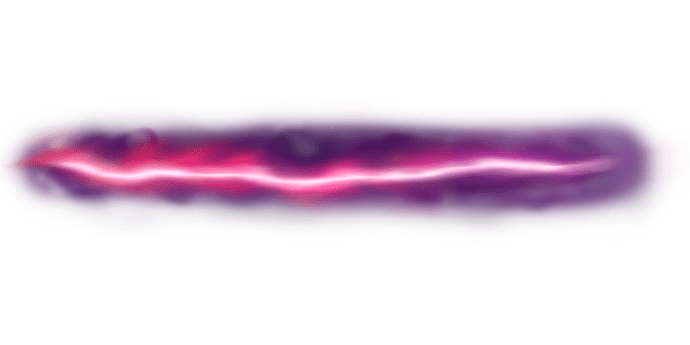 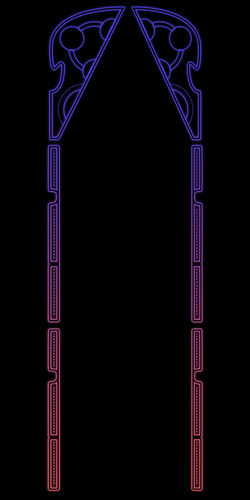 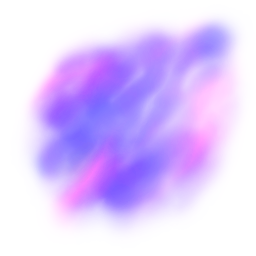