I wanted to find out how other artists tackle effects that use effects coming out of the floor? For example, broken pieces of rock, earthquakes, cracks, holes in the floor, etc.

So far I’ve been using meshes and then just size by life and growing/flattening them to mimic effects but I know that it doesn’t look very good so I wanted to take them to the ‘next level’.

This is what i have so far: 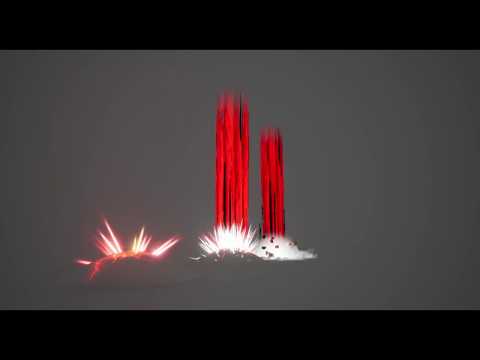 As you can see, the mesh is noticeable where it clips with the floor and it looks basic (and a bit shit haha). I’ve been creating exactly what i want it to look like with a breakable RBD mesh in Houdini but cant figure out how to integrate that into a UE4 / Cascade effect.

If anyone has any advice or tips on how to achieve this I’d love to hear it! Furthermore, if anyone has any critique on the effect as a whole that would be sick and super appreciated!!

Thanks again (to the community in general) and everyone who has helped me so far.

To answer your first bit, Thats exactlyh how i get an effect of rocks and stuff rising from the ground. I just animate their positon and size over life. As for the clipping, thats just a process of adding a bunch more effects to make sure the effect as a whole works together holistically, so you dont see those “errors”

I know houdini and max export vtex animations, so yo u might look into that.

Thanks for the comment. Well, I’m glad to hear that I’m tackling it with the right method. That’s a fair point, just making sure it works together. I’ll work on trying to make it seem more seamless and consistent.

I’ll definitely look into that, could work well!
Cheers man

Most likely you will always need to fake the transition between your erupting ground and whatever your normal state of ground is. Using simulated meshes as particles and then creating a transition these and your ground is a common way of doing this.
If you don’t have a grey ground texture, you can for example use world space UVs to blend between your eruption meshes and your ground texture. Something like this: 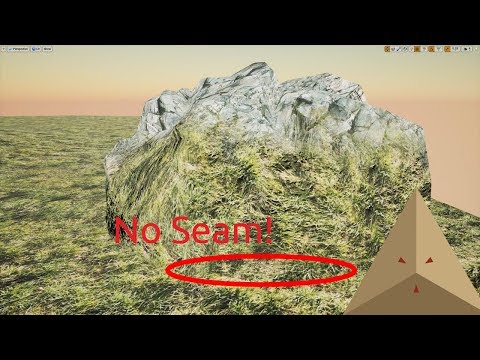 If you already simulated your eruption in Houdini, you can just export it to Unreal. Look at the Houdini game tools for this.
Also @Partikel has a tutorial, which might answer some of your Houdini->Unreal questions.

Thank you for sharing those two tutorials, that’s exactly what i’ve been looking for how to do.

I’d managed to get the simulation into UE4, but only as a .fbx animation and couldnt figure out how to integrate that into the existing animation for the attack with the character. This should help me a lot, really appreciate it!

Use POM.
It can push both in and out fromthe decal so you can sculpt the intersecton any way you want it.
In this example I just push it in, but if you just adjust the heightmap you can make crater silhouettes.

Then just bake that out as a heightmap and use for the POM.