I’m going for a kind of sci fi digitized feel.

Any feedback would be greatly apreciated

Super nice! I really love the shapes you used (especially from the caster’s side).

I mostly only have timing/impact-related feedback.

I think that’s all I can find for now.

Some very detailed feedback from Sirhaian there, I can’t really top that!

I do find myself asking what is the specific purpose of your pulse cannon? Is that yellow “cage” a direct manifestation of the cannon’s projectile, or is something that’s been triggered by the projectile passing through its proximity? Either way, does it make sense that the projectile continues off screen?

Also, this isn’t a critique as such, but I noticed the effect starts again before the end of your video. I know it’s WIP but I would crop the video or lengthen the gap in between your effect looping, just to avoid confusion when people are watching the video on loop.

I mostly always do when creating an effect is making sounds for it. For this one, it’d be something like “duuuuun… duuun… duun… dun… dun dun dun dun … [hold your breath] PSCHHHHIUU POAW!”. Yes, I do look/sound ridiculous when I do that, but it helps a lot.

So glad it’s not just me who does this! Usually this is a sign that I’m really into the effect I’m working on. I also used to do this as a 7 year old kid drawing pictures - so I guess I never really grew up!

Thanks bunches guys, I’ve tried to fix most of the timeing problems.

I’m not really sure how to add more colors to the effect without making it
look toony. I tried changing the colors somewhat over time.

The projectile is supposed to spawn the cage,
I’m hoping that the time fixes make that a little more obvious.

concerning the sigils, I’m probably going to add the sigils alone on top of the already
existing ones.

Anyway. Thanks a lot for the feedback.

Edit:
Just noticed the video codec blew my values all over the place

I’ll try and get a better video in tomorrow

Now this is what I call holding my breath! It’s excellent.

There isn’t much more I can say right now, it’s looking really good!

Love how fast you iterated on this!

Anyway. Didn’t really do much visual work today.
Changed the tones around a bit, but mostly optimising.
Got it down to about 5 textures

Yeah I feel you on the uploading. Try GifCam. Only thing you have to worry about would be the 3MB limit on our site (3?), but for short things like this it’s really usefull. Also pro tip when using it, I’ve had to close it and open it for every new gif otherwise it tries to stitch everything you’ve done together when you save.

5 textures!? that seems like a lot… i presume you’re channel packing them? 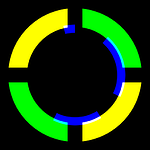 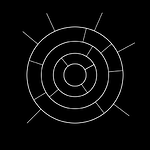 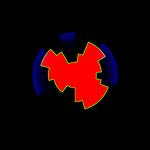 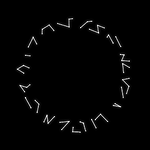 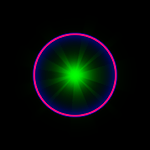 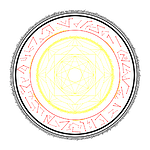 So theres 6 right now. But I know i’m going to need at leest another 1 for the latest 2 textures (which are the ones that aren’t packed). I assume I could also use atlassing, but I’m not sure if that would acctualy have a positive impact on memory. I’m a bit new to this.

The gifcam looks really cool, I’ll try that for sure tonight

Alright. I’ve tried and made version with an area actualy getting triggered by the bullet instead of the bullet spawning the cage itself. I really like it myself, but maybe thats because I’ve been looking on it for the last 2 hours

Also played around with the colors some more and decided it was better to make the spell change color while it was fireing instead of suddenly switch colors between charge and fire!

So instead I rammed it through mp4

thursday is the deadline, so this is getting exciting

Looks good man, feels nice and powerful.
I wasn’t quite expecting the on hit effect to be so large. I kinda get the impression that your Pulse Cannon is fired from Orbit, the glowiness around the target reminds me of Starcraft’s “Nuclear missile incoming” marker.

Seems like you’ve taken previous advice to heart though, it’s come along great.

Re: Gifs, I find for lots of frames like this I prefer to record a video, upload it to youtube and generate a gif using a site like Giphy, which takes the youtube url.

yeah, i guess you have a pretty complex effect so it’s hard to do that without using a lot of textures. Might be better to use meshes for some of the more simple shapes so you can use a solid colour and reduce your overdraw, but anyway…

there’s a few things i’d say about the effect: firstly the charging effect has a lot of things going on in it, which is cool, but the different parts can get a bit lost in the bloom (might be worsened by the video codec)

when the actual firing happens the fact that some of the sprites go behind the source really bothers me - lasers only fire forwards, explosives like RPGs have a backtrail.

in the actual impact effect i’m not sure i like the 4-5 pulses of vertical movement you have either - the impact all happens at once then there’s this sort of half arsed continuation - either embrace it and have much more interesting things happening in the effect or just have the impact trigger all at once and then just have the subtle rotation etc.

lastly the rotating starfield after the effect is gone doesnt look great to me either - the rest of the effect shrinks away and is only subtly rotating so why does it leave rotating stars? much nicer to have them drawn in or burst out imo.

I’ve not been able to implement every bit of feedback I’ve gotten, which is a shame,
But I do think the effect turned out quite nicely. 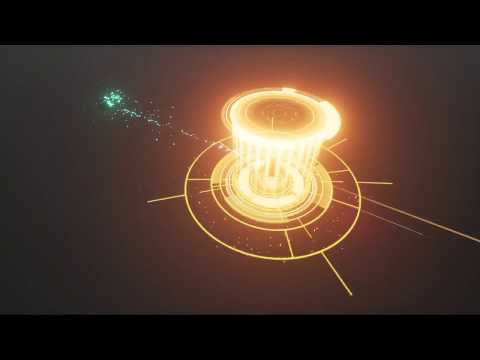 Next I’ll be working on the transmutation challenge from the forums, so I’ll see you guys there!

Thats some pretty juicy timing you got there. Clean textures too.

my only real gripe with is the fact im not exactly sure what it is. Its a big ion style beam that passes through the target and drops a prison on them? If thats the case its a little weird that the beam passes right through the target. But maybe thats just me lol.

I love the colors you chose. They really are nice to look at.

One thing I would change is to maybe have the ring that floats around the target stop scaling and up the intensity of it a tiny bit before the cannon shoots. This could indicate that the cannon has locked on and is ready to fire. A slight color change (even just orange to red) could help push it even more.