Hello everyone,
Working in Unreal 4.13

I am trying to create a forcefield effect that will have collision detection and create some form of effect similar to where the shield in the photo hits the ground. Is this done strictly in the material/shader or would it be something different? I have tried a couple of things but don’t really know where to start with this.

Thank you for any and all help!

You’ll want the “depth fade” material node, but reverse the output (1-x) and add it into your emissive instead of the opacity.

Awesome, I will try that when I get home from work! Thank you.

I’m not going for exactly Winston’s shield, but something along the lines of it.

Now that I read your question again, for that glow line you try to understand. Its coded inside the shader. so the renderer knows that when the shader is “Equals” to the world position of other object in the screen position it draws that line.

sorry for the wrong answer before.

The depth fade works but I can’t seem to get it to show the ring all the way around. I have it set as a translucent material and also tried it as additive, but nothing.

Ignore me, didn’t realize I didn’t have two-sided selected

I’m not sure but maybe this example of an DistanceToNearestSurface node can help you. But it looks like it could.

I have to say im not really in to Unreal atm. I’m still learning the basics. So if that helped you maybe you could share your experience with this node.

Thank you and have fun with this

The depth fade works but I can’t seem to get it to show the ring all the way around.

Is it a 2-sided material?

I’m not sure but maybe this example of an DistanceToNearestSurface node can help you.

That gives nice results, but it requires “Generate Mesh Distance Fields” enabled for the project, which has a performance hit.

you should add fresnel(outline) + inverse depth fade (interact with mesh) =)

This is for Unity, but you can likely reverse engineer his shader or simply get inspiration.
Hope it helps 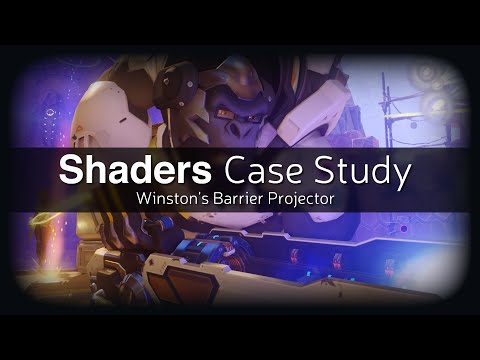 Awesome vid! Thanks for sharing it

I posted a thread using some of the info learned here in the critique section of the site. Here’s the link: AoE Shield for First Person Game - #3 by Hyrun

Not trying to exact carbon copy Winston’s shield but something similar.

Thanks for the help all! If you take a look at the thread and have any crits, that would be greatly appreciated.

Wow his channel is super awesome! Thanks for sharing!

Interesting channel. Subscribed (although I am totally noob in shaders)