What was your first Real-Time Effect? Is what you made then still relevant?

I have questions, and they are basically just as it says on the post title.

Yet, for the sake of being a bit more precise in my questions;

I know that in the beginning Realtime VFX was not a dedicated job title. I know that many of the earliest Realtime VFX artists came into doing so by chance. Next thing they knew “Hey - You did a really good job with that” became, “Hey - I guess this is what I do now”.

All in all I ask this because… context is a very helpful thing; especially in videogames.

A follow-up to the first question, with this I seek a technique history lesson be it 1995 or 2015. I ask this because… I simply think it would be interesting.

Oh I love this question!

My first real-time effect was a fart. Honest to goodness. I was working on a children’s MMO (Super Hero Squad Online) and they had all these cute/funny emotes. One of them being a “rude” emote where they would either burp, fart, or make armpit farts. My first task as an intern was to “learn unity” and “do an fx pass on all the rude emotes”

It was in Unity 3.2 (pretty sure), so it was pre-shuriken, using the legacy particle system. I’m sure Unity has deprecated it by now. Last time I checked, they’d stuffed it into a weird menu and warned that it wouldn’t be around much longer.

Ha! That is too funny. I have to say, I was not expecting this. Thank you for sharing!

It seems to me that this was your first work assigned effect. Do you have a first personal project effect as well?

The first effect I made was a campfire because that was the only thing there was a tutorial about at the time.

The first effect I was paid to do was a cooking fire (with smoke!) for a game prototype.

Then to learn the new engine at my first real job I got to recreate a campfire from the game (which failed horribly because I used particles while the one in game was shaders and mesh).

The first effect I can recall making it into game was probably the river and waterfall splashes that can be seen here: 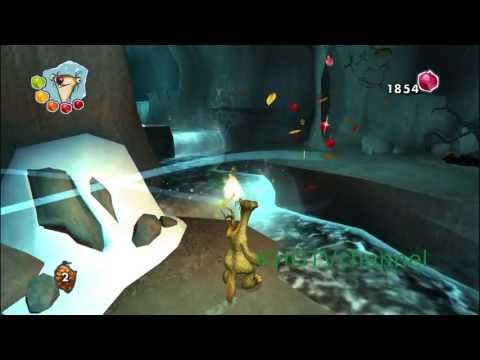 The first real-time effect I made was for a professional project. I was hired to simulate a room being torn apart by a large entity, replacing an older version that was hand animated. Coming from a film and tv background it was actually a great first project as the pipeline for destruction is much the same.

I’ve been hired full-time as a vfx/technical artist since, but I’ve only really been in the game industry for five months or so. Six years of offline vfx experience and tutorials by the likes of Partikel and others have made the transition pretty painless however.

Hmmm, my first “personal” real-time effect was for an art test haha. Not super interesting.

I honestly didn’t do any real-time vfx until I got a job. My demo reel consisted of pre-rendered vfx, animated matte paintings, experimental stuff I was doing in 3ds Max with like… volumetrics, displacement maps, and particle flow, and also a bunch of hand-drawn vfx.

I guess the closest thing would be that I updated some textures being used on particles for a student game. At my alma mater, we weren’t allowed to use pre-built engines. All our student games were made in their own engines. Not really a ton of art-friendly tools. Most games didn’t even support things like alpha. The textures I updated were .pngs that had some transparency.

I am not fully positive what my first real-time effect, professional or personal was. I do remember my VFX class in college we had to make the timeless fire in a barrel effect as our first assignment. Outside of college it may have been a recreation I made of the environmental effects from the Wolf Queen mission in Skyrim. Professionally it was either smoke from a cannon being shot or a spark fountain. Both were for football games at EA.

I wouldn’t call any of them relevant by today’s standards. I’m pretty sure they were all pretty basic using single sprite textures and scream newbie.

Oh god that brings back memories.

My first real-time effect must have been some kind of effect for a forgotten Quake 1 multiplayer mod. So forgotten I can’t even remember the name of it myself. Basically it was a mod that replaced all of the weapons with sort of fantasy themed weapons (most of which still shot something), and came with a CTF like game mode where you were supposed to kill the other team’s snub-niggurath. I remember making a custom effect for one of the weapons, a kind of lightning hammer skull thing. It was built with an archaic hacked together Quake 1 effects system which I don’t remember at all anymore.

My first professional effect could be considered the faux atmosphere effect for the NASA Virtual International Space Station from 2001.

I did that effect by having a simple faded ring facing the camera, and having it float in front of the 3d sphere planet. I still use that trick to fake volumetrics, so I guess it’s still relevant?

However I did those as an “unpaid” contractor and was paid in bits of PC hardware, so it’s debatable if that should be considered “professional” work. I did several bits of fire and smoke for the Harry Potter and the Sorcerer’s Stone PC game that same year, so that’s probably more likely my first real professional effects work.

My first real-time effect was growing ice in various forms in response to music. Lots of geometry, and I used Mental Mill for their awesome node-based HLSL shader creator. I think this was back in 2007-2008. Here’s a quick video of that work. It was all done in grad school. 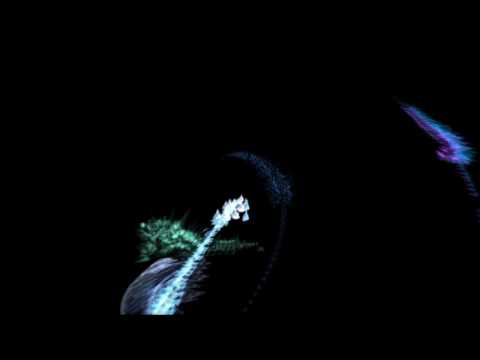