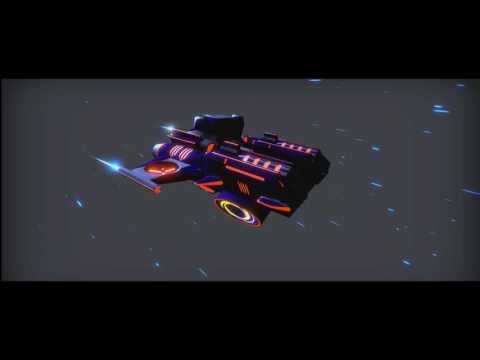 I’m working on my final Demo Reel because i’ll graduate next week and the Jury is composed with recuiters from Ubisoft, EA and NVisio, a lifetime opportunity, so i don’t want to mess up. The video above will be the one i will showcase first. I got many feedback to get there and i’d like to have more if possible.

This materialization effect was made with a custom Dissolve shader made in Shader Forge that i animated backward with a square gradient.

Then i just animated a few other options such as the emissive intensity and code a little bit with Playmaker (to make the camera shake) and added other effects such as thrusters, stars, trails to give it the illusion it’s moving.

All critics are very welcome.

Looks quite good so far. There are few things you could improve tho to get the biggest bang for a buck:

I don’t know if this is anyhow helpful but I like to think about my VFX as if they were real. So I am trying to give them some reasoning, to build some lore, explanation. I ask myself some questions and answer them. Is this effect magic or is this something that could happen in real life? What is causing this effect? Is it a chemical reaction, an optical illusion or something else? What is the source of light here? Is it plasma, fire, electrons? How materials react with these elements? So for example, in real life when you pour acid on a surface you expect some kind of smoke. Smoke is caused by chemical reaction or even burning. Material touched by acid might start bulging because it is so hot. Maybe because material is so hot the acid is boiling too? And if that happens then maybe I should add some small splashes to my effect? Think about these things and choose carefully which elements are actually going to sell the effect that you want to create.