This is great! i have been messing with it a bit and its pretty easy to use.

This may be a total noob question but how do i scale the frequency of the random node? The values in there seem to be for strength instead of size or the swirls. Also, is there some way we can generate our own equations for noise styles such as perlin, simplex etc?

I did have a few minor suggestions too, sorry if these have already been mentioned somewhere. Take it with a grain of salt

A box select option for the nodes would be great.

The linking of nodes could be improved a bit. The ability to just click on an output and then click on another input to link them (houdini style) would be very helpful instead of having to click and drag.

The area you need to click to connect 2 nodes is a bit small. If the node has only one input it would be nice if you could just click the input node and have it link up instead of having to precisely drag it over top of the dot.

This is sort of a personal preference thing but it wold be awesome of the panning of the node graph was on middle click instead of left click, for consistency with other programs. (selectable option perhaps)

A tileable option would be nice as well. Not just making the vector field tile able but also being able to infinitely tile it in the display window.

The ability load, modify and convert vector fields from houdini/fumefx into fga.

Thanks for all of the suggestions! Lets break them down a bit:

Right now the random node is just a set of totally random directions and lengths in space. We’re adding perlin noise and various frequency options probably this week. We’ve been wanting to add in new random functions for quite some time.

With our refactoring we’re doing to our code, we are opening up the possibility of letting users enter their own equations to generate vector fields.

Box selection will be in this week along with numerous other node graph improvements.

We may or may not be able to easily fix the click area, but will look into that.

As of this next patch coming out, panning will be middle click.

Importing premade .fga vector fields will be in post 1.03.

Here’s a quick preview of our newer viewport:

And yes, saving your entire scene/working project will be in too!

Sounds great, cant wait to play with it!

How did the animated vector fields in those previous posts work? Did you just import one field per frame from a simulation and then lerp between them in engine? (nightmare setup

I know importing fields is still a ways off but is there a possibility of converting other formats to fga? I would love to be able to reference my fumefx or pyro sim folder directly and load in the caches to convert to fga. It could also include an Nth frame option to reduce the total file sizes. A lerp would smooth out the missing frames.

There was an old plugin for unity called megaflow which could do something similar. I dont think it handled animated vectors however you could import a single raw cache from fumefx and have it push around the particles. You could do some interesting things with it. 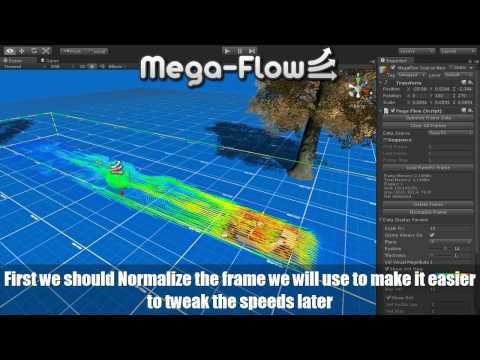 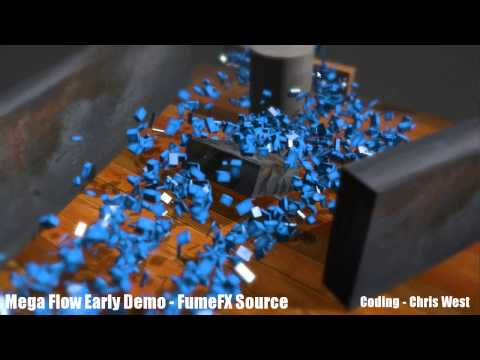 The swarm particles are 35 vector fields lerped together to form the rolling mushroom cloud (generated in VectorayGen). After the mushroom cloud it transitions over to a large global vector field. We’re working to make simplified animation where you can import/export animations in just a few clicks. Our Unity and UE4 plugins will accept these custom animation files.

You won’t need fumefx or anything else in the future honestly. We’re going to add flow simulations and other various sims to vectoraygen to allow easy export. Import a mesh and generate a flow around it.

I’ve seen megaflow before, we’ll have something similar inside of our software being done in real time. I wouldn’t expect anything real time in a game engine at this time though.

A lot of your asked for features have been implemented!

And for everyone else, go take a look at our massive change list for 1.02.5.

Changelog 1.02.5: Box Selection: You can select multiple nodes at once using a box select by left clicking and dragging. Holding CTRL appends to the current selection. Clicking selected nodes and dragging will move all selected nodes (and...

dude this looks awesome! I’m gonna test it out!

Really awesome stuff, will definitely be trying it out as well!

And I’d like to put it out there that we’re going to be creating an API to support 4D vector fields. We’re working on creating some pretty cool tech that may work for global wind systems and such.

Should be an easy plug into any proprietary game engine at studios as well.

Will have more info in a few months on that front.

@JangaFX hey man it looks cool! I really like your building a fluid simulator as well. Sadly your price point, 674.00$ a year is far too high for almost anyone. You’ve made a great looking tool. But unfortunately I don’t see 600+ dollars a year in value.

Hey @mattorialist.
$674 per year is for AAA studios who want to use our software. We’re a business and we’ve gotta charge what we feel the software is worth. Software development is very expensive.

We have AAA studios paying this amount currently for more than one license and no issues have arisen.

Thanks for your feedback. What could we do to make it worth that price for your studio?

Glad your finding success! Just giving you our reaction. I think if you could get your fluid simulator looking nice / supporting lighting, add the ability to bake the volume data out into 3d textures or slices and include that into the vector field generator (and add a way to bake the vector fields to image slices as well… cause… unity) you might have compelling product on your hand!

keep up the good work!

We’ll be working on our fluid sim software within the coming months after we get past a lot of what VectorayGen still needs.

It’s in our project list to allow 3d textures/slices to be exported from embergen fluid sims and create vector fields from them in VectorayGen. We’re also going to have the ability to create vector field animations from those caches as well.

We may add the ability to import FumeFX/Houdini data as well, but that’s a little ways away.

We should have vector field slices rendered to flowmaps/heightmaps within the next month or so too since this is one of our top requests from a few studios that use our software.

Great to hear it! As game VFX move into a higher tech field, getting volume data into formats game engines can read and do it flexibly is going to be so important. I’ve made a shitty houdini setup to do it but I hate that program. Save me! also a 10000000% yes to openVDB / field3d data. that’d be a pretty big feature if i could take that in, adjust lighting quickly / bake out to flipbook or volume textures.

Really great feedback. Thanks! We’ll see about putting this at a higher priority.

Until we have a lot more features that command a higher price, we’ve went ahead and reduced our pricing by quite a bit for indie users. We also lowered studio costs for now as well. 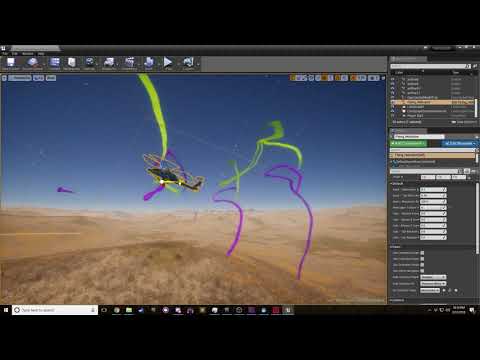 Created a showcase video for our helicopter turbulence simulation! 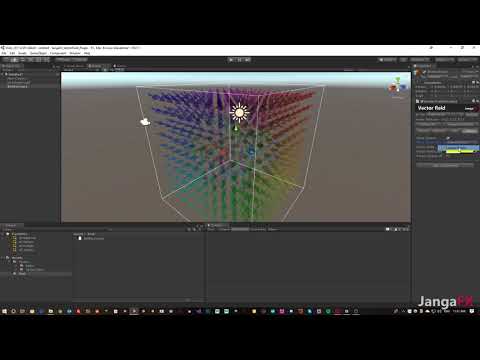 Version 2.0 of our unity plugin is out now! Plenty of new features and we’ve had it re-coded from scratch.

We’re going to add GPU particles to this plugin within the next month or so.

Then VectorayGen 1.03 should be coming out in the near future as well.

It looks amazing! As I started to use Unreal but I’m mostly a Unity user, the plugin is released and supported actively for both right?

Inside of Unreal, vector fields are supported by default so there is no need for a plugin. VectorayGen (standalone middleware) exports directly to Unreal with no need for anything else. We will be creating a plugin for Unreal to expand its features in the near future.

For Unity, you need the vector field plugin we released and it can import files from VectorayGen directly as well.