Unity - How would I go about making vfx like Konan from the Naruto series?

https://youtu.be/KJuoAMDGH4Q?t=41
I dont even know where to begin. I am entirely new to vfx. I have done reading on similar fx but it all still feels so foreign to me.

After working on it for half an hour
https://streamable.com/ygij3

That really depends which effect you’re looking to recreate, I would suggest starting of with something simple and try to get as close as possible. from what it looks like the paper movement of particles is something you’d want to nail down and maybe having cylinder with a masked paper material.

I was able to recreate the spinning paper tornado effect with the particle system. Knowing how to layer is also something I struggle with.

I would suggest to take the reference frome the anime/manga directly, and to do it on how you imagine it in your mind !
This effect already pass trough an artist mind, according to what he imagined and saw ! This should be clearer if you do it from your mind !

A lot of those fx in that youtube video are textures on meshes, some of them (the wings especially) are most likely animated skeletal meshes. Particle sprites are most likely just playing a supporting roll

How would you go making the paper tornados using a shader? I have been looking up similar things and I think it has something to do with vertexes but I dont even know where to begin with that.

Hang on, I’ll have to get to this after work today. Got busier than expected during lunch

So for the large parts of these effects you’ll just need a few different tiling textures that look like sheets of paper. A few with sort of a loose paper look with space around sheets, like in the first image, and then one that has a really dense look of stacks of paper (second image on the wing).

Those textures panning on different shaped meshes will make up the bulk and volume of your fx, and then you can add in particles with single or clustered paper sheet textures to help support the meshes and break up the silhouette of the effects. No need to spawn hundreds of particles! Just make sure those textures tile, use multiple meshes, and make sure your material or shader is set to Masked so your paper doesn’t have translucency. 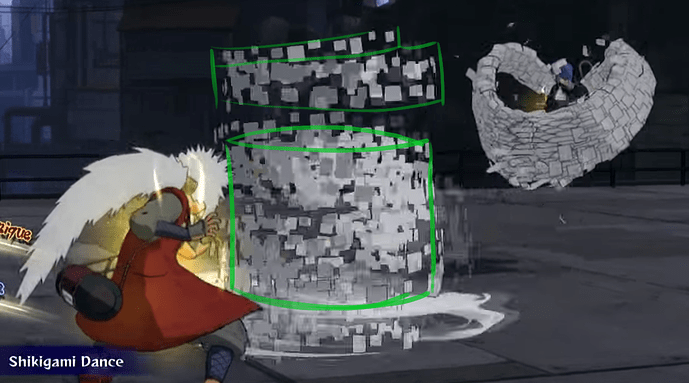 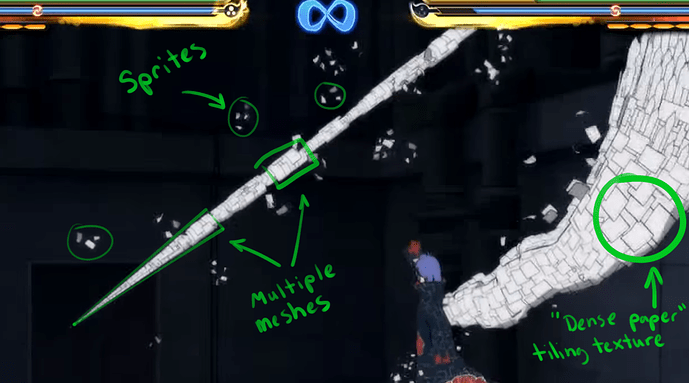 Thank you for the the break down and an easier way to go about it. Do you know any tutorials on panning textures? I keep tinkering and I have managed to get a vertical tiling but there is no variation in the paper sheets and it all looks very monotonous. I saw something about vertex positions and thought that might be what I need to break it up more but if there is another way to get variation I would love to know.

I’d recommend making your own in something like Photoshop or Substance Designer (any painting program will work, and Krita is free). If you want a bit more variation, you could do 2 different textures, and then overlay one on top of the other, and randomize their tiling and offset in your material with a dynamic parameter (Unreal) or Custom Data (Unity).

With something so simple as rectangular paper pieces, it’s much easier to get that unwanted repetition. Have multiple different versions of your texture, and apply them to different meshes that make up your effect.

Yea, I still have a lot of learning to do. I dont even know how to apply 2 textures together in shader graph. Since its still young there isnt a whole lot of into.