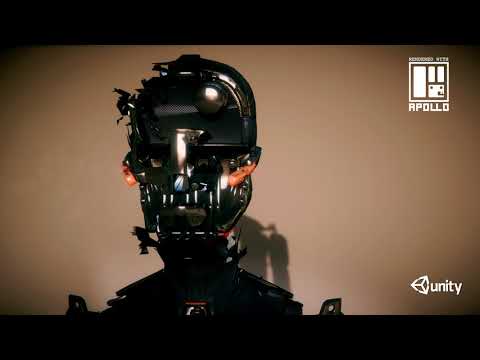 A second test for unfolding fx within Unity, using Apollo shaders for rendering. Suggestions and feedbacks are welcome!

My feeling is that it doesn’t quite stand on its own. Adding a glowing edge would help, but still not complete it. You need to visually rationalize the creation of matter. If you had small drones flying around and beaming it into place, that would help. Having a first pass that creates a skeleton would help immensely so that we feel like they’re just completing the work.

There are pieces that give it away because the material isn’t two sided.

Hiding some of it against a darker background might help.

There are some really amazing pieces that do a T uncurl and you should contrive more of those.

Can you tell use more about how this works? Also, it might have been nice to put this post as a reply to the original.

thank you very much for your message. I agree, it’s just a fast test (also for shaders), and elements that could work around as small drones would be great for a final effect! Thank you so much because this is a wonderful suggestions and in the future I will keep it in mind, I enjoy very much this idea!

About the material it’s strange, as I used a double-sided shader.

In this period I’m working mostly in trying to make a bridge between traditional animation and realtime engine, this is an alembic cached mesh. To be sincere, in this particular test, I was more focused on testing the Apollo shaders, so thank you so much for those ideas that would work great and in the future I will definitely keep them in mind!

Really cool effect! I think the context in how it’s used matters too. On its own, I start to question the individual materials and how it makes sense, but if I saw this as part of a healing or repairing effect in a game, I probably wouldn’t even question it.

Yes, this is a part of a work of experiments that I’m making for making some bridges between traditional animation pipeline and realtime rendering. ( Unity Real-Time Development Platform | 3D, 2D VR & AR Engine ) … This particular unfold effect is what I used in these days for a work in which a company wanted to show how their new area will look in the next years, so I had some architectural basic models that had to “appear” in the area. I used this unfold fx for making them appear and, in this particular case, I wanted to test those Apollo shaders for Unity and I combined the unfolding fx with that… It’s a fast experiment but I started to experiment with this effect because I extensively used it for this working project where I need to build stuff and I found it interesting from this pov.

Really cool. Much nicer than a typical alpha erosion. I’m with William though, some edge treatment (shader or particle) would put it over the top.

Guido Ponzini shared his experience in visual and interactive programming for industrial exhibitions, Adam Unfold Test and lots of other experiments in Unity.