Here’s my very first TUTORIAL of making tentacles from this topic
I’d really appreciate for any feedback, likes and subscriptions! 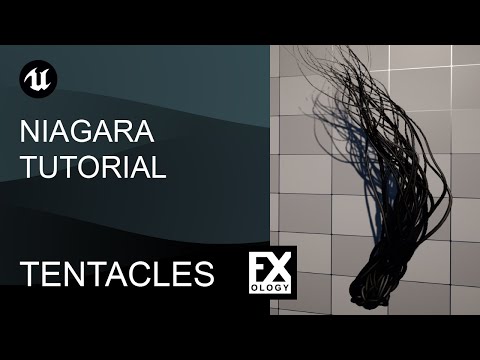 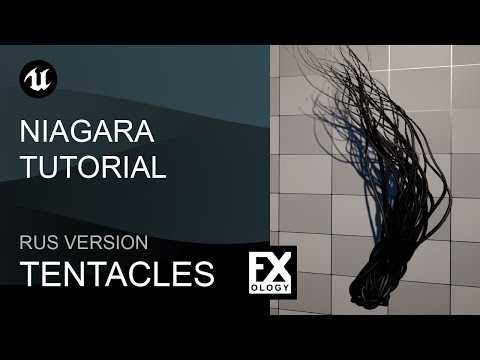 Based on this topic

[ezgif.com-gif-maker (9)] Hey everyone! Here’s my first activity on RTVFX. I just wanted to share with you my current VFX work in niagara.

In your English version video at 17.54, the problem of setting random range integer in the curl noise seed is that you’re assigning random seed “per particle” instead of “per emitter”. The consequence is that all the particles of the same emitter are moved independently instead of following the same vector field. This wouldn’t be too noticeable when the emission is relatively low, but to truly solve the problem, you should set a new random integer value at Emitter Spawn stage and assign it to Curl Noise Force’s random seed instead. 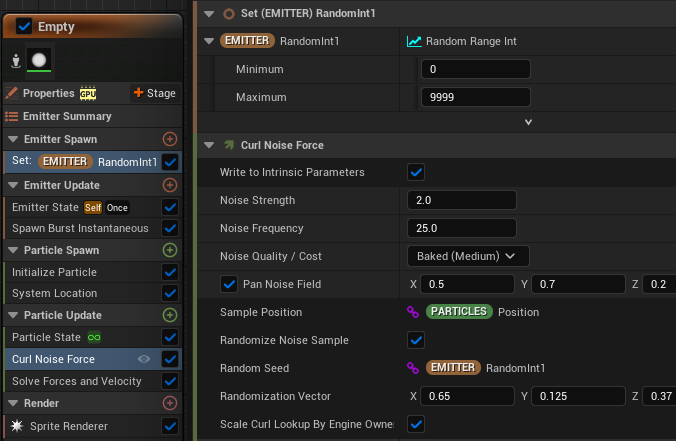 Hi! Yeah, thanks for noticing)) Honestly I’ve figured it out after the record as well

I’ll try to fix that in next videos, as well as curl noise high values

There’s also a default instance parameter attached to emitter as well, called “SEED”. So you don’t have to set another parameter in emitter spawn

wow, that looks very cool! thanks for sharing your knowledge! <3

Is there a way to put more than one tentacle per NS?

Hi! Yes, there is a way. I’ll make it in additional videos.

It just needs a bunch of math to do for Ribbons

So glad you did the tutorial, I am introducing my self to scratch pads, and your effect is actually so simple for what it is, and a great way to continue my scratch pad and ribbon learning. Ribbons are awesome!

I’m glad it helped you)

That’s really awesome! You did really well with the tutorial form and I’ve managed to learn a bunch!

Thanks for the tutorial

I think the logic for getting parent position might be a bit flawed. 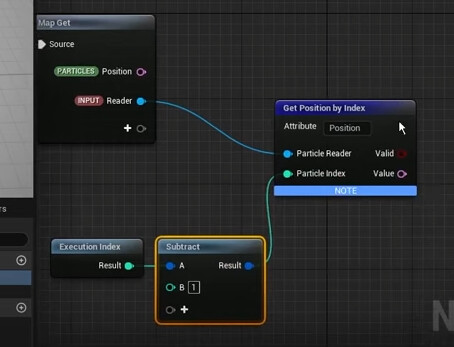 Since the particle indices keep shuffling, I think (ExecIndex-1) is not guaranteed to return parent index. I have run into similar issues before, and it might not be obvious in your case.

The way example content handle this is to store NiagaraID for parent particle in ParticleSpawn and use GetAttributeByID (instead of Index).

Yeah, thanks for noticing

I’ve discovered this too, just made it with exec index to make a tut a little bit easier

As far as I understand, it works fine until you start to use a GPU particles, cause according to attributes list, after 128 GPU particles, niagara starts to reassemble exec index and split them up to packages by 128 particles in different queue. So yeah, ID works better))