I’m working on a new spell effect and am looking for some advice on the animation side of it and using Unreal.

The end goal is to have the “rocks”, seen above, to been thrown at any enemies selected. At the moment i have the rocks are part of the same animation, which is going to be a problem when i come to turning them into projectiles. 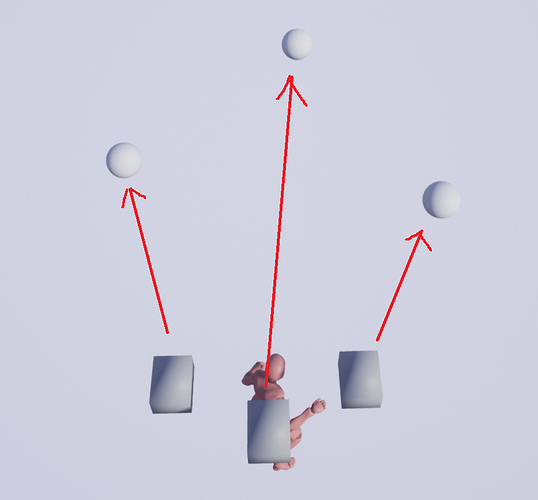 Should i instead be creating one rock animation and just duplicating it within a blueprint? Would this allow them to act as individual entities? For example i might want to show only 2 projectiles being thrown while one remains floating.

What sort of approach have you guys taken before when dealing with summoning projectiles? Any help or advice would be greatly appreciated as always!

I think individual blueprints are the way to go. Keeping it simple, you would need these systems:

Something that knows/can find out where and how many rocks to spawn. Spawns rocks at the correct time (anim notify/timer)

A class (blueprint) that defines a rock. Basic version probably has a mesh and projectile component (for throwing later). For starters, could definitely have the start animation logic in here.

On spawn, have the Rock interpolate itself from its spawn location to a target location (passed in from spawner probably). Use a Curve asset plugged into the interpolation to give control of the animation.

Could definitely put the spawn animation logic in the spawner if you wanted, I haven’t thought through that too deeply and don’t know the rest of your system. Would be easy to move after prototyping.