This will be my first attempt at a sketch, I call this one the “Sphere king and his fellow minions” 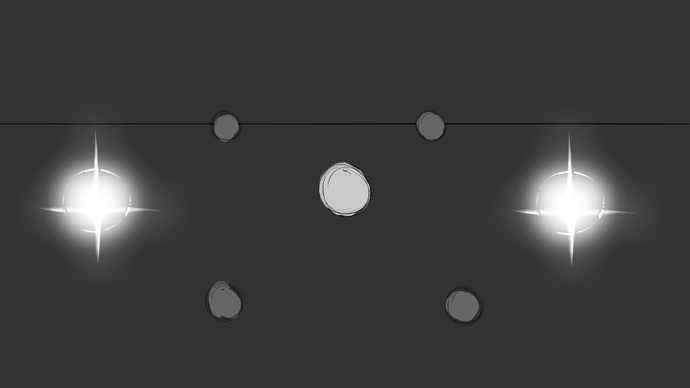 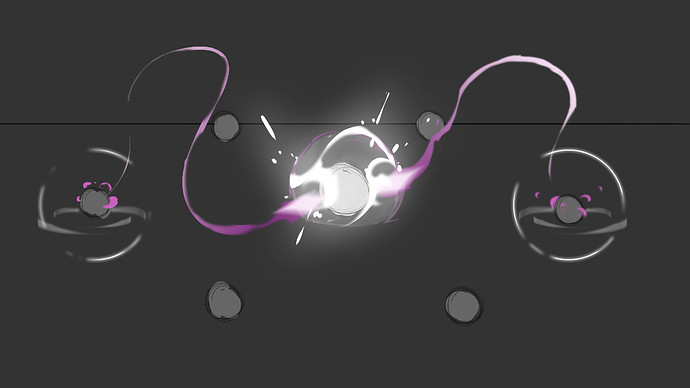 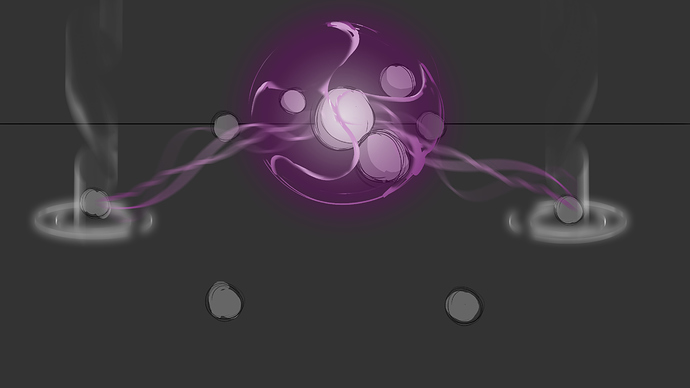 Here is the initial concept idea I had in mind. For the sphere I like to challenge myself and create something that looks like this sphere fx.
Ref:

Can’t wait to see the progress on this!

If you’re interested in the source of that energy sphere effect, it was from an After Effects tutorial posted to the Unreal Engine forums by a Real Time VFX artist named Stanislav Valov. Hello! Recently I’ve been working on some video tutorials on how to create a looping arcane orb effect, let me know what you think! Hope you like them and make some awesome Hadouken like effects of your own!

ow that’s awesome! thanks for the link

First approach to the set-up of the evolve animation, still trying out how I want the look of the set-up.
This is the smoke wisp texture for the build up, still have to make the texture sprite loopable. 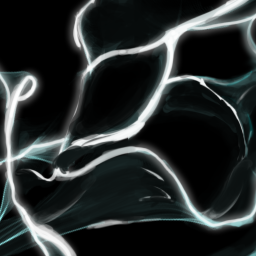 And I pan the texture over this mesh that is created in Maya with vertex colors, big chance that the polycount will be reduced as this is too much. 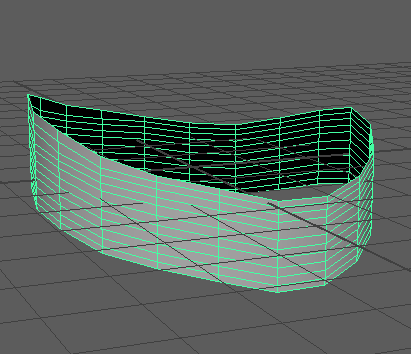 Feel free to drop your thoughts

Can you make shockwave more softer?

New update on the effect. Right now I moved on to step 2 of the evolve effect, still trying out new things and how I want to approach the effect. Still lots to do for timing and color, but I like the challenge!

Also got some nice feedback too make the texture softer, so I added a Blend node in the shader.

As always leave your thoughts and comments are welcome

I added a Blend node in the shader so it’s softer now :D, thanks for the point!

Some tweaks to the timing of the setup and the initiation of the beams. I like where the effect is going.

In the beginning of the beam I made the glow intense and after a while I reduce the contrast as I want the eye to lead to the middle.

I’ll show what textures I use with the next update

This is the last update for the Evolve Sketch. Halfway during the process I didn’t really had a clear vision of the effect I was going for, running stuck on certain ideas/approaches. Definitely an effect I’ll get back to and finish up.

Im still not sure if this effect is an actual “Evolve” effect as there’s still not a burst out feeling at the end, but I thought still worth it to share what the last update is.