Rhythm Overdrive : from a 3 days game to a Steam release

Finally, I’m so excited to talk about this project that we started like a year ago.
I love making VFX, but the only thing I prefer is making my own games. So, why can’t I do both ?

For the Ludum Dare 41, we created a little game called Rhythm Overdrive, with two friends of mine. (I’ve already made a little post here about it !) Our game was based on a really simple concept : mix two incompatible game genres. So basically we decided to make a rhythmic shooting game

based on neons and electronic music.

We had a lot of positive feedback ! We even managed to be ranked something like 50th on overall.
After this experience, we were really motivated, so we began to plan a new and complete version of our game. We worked on it only on our free time, because we had others activities, and one year later, it came out ! We released it like a month ago on Steam.

Before I say anything else, I let you with the trailer of the game ! 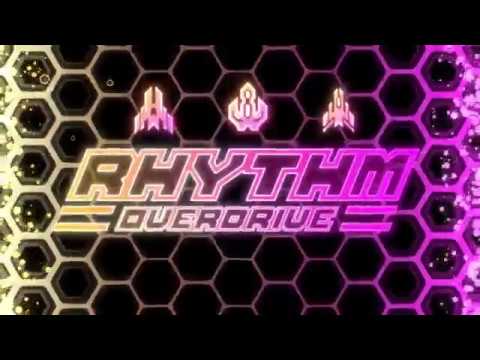 It was my really first entire game project experience, and I am proud that we managed to release it. On my side, I did all the art of the game (except the text font), including VFX, shaders, UI design, ennemies, backgrounds, and even Steam layouts and achievements

. Some things were harder to make than others (I’m not a really good UI designer).

Also, we needed good music for our game, and we had no choice than to find artists with whom we can collaborate, and this is why I really want to thanks the artists that accepted to help us to make this project a reality ( you guys rocks

Before I conclude, here is a little overview of what I’ve done in the game (I cannot put everything, but I tried to show the most important) : 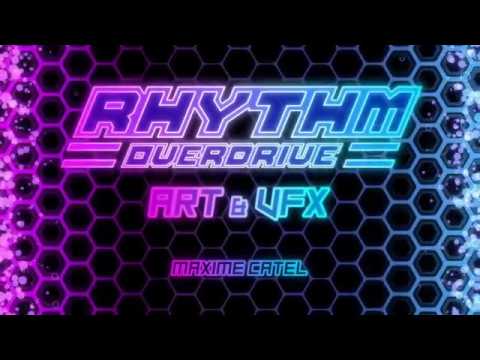 It was such a great project to work on, and even if the game is pretty unknown and will probably be forgotten (we are really bad at making communication lol), it’s not a problem, because I’ve learned so much, and I’m already planning to make another game with a friend

That’s it, I really hope it was not too painful to read (walls of text…) feel free to ask me anything about this !

And now, it’s time for me to jump into the VFX sketch 22, I have some cool ideas

The only thing I could suggest is to tone down the backgrounds a bit to separate them from the actual player / enemies / bullets, and to reduce the movement / glows in the borders, since they steal a bit of attention from the gameplay.

Overall, looks like a great project, and the UI fits well together.

, that’s pretty rad! Not an easy undertaking by any means, looking forward to what comes next! btw beautiful effects, they look really fun to shoot!

Congratulations on the project!!

Finish one is never easy, so great job to everyone involved!

About the effects: they looks simply amazing! <3
Really loved the art style you went for

Hoi ! It makes me happy to see that you are enjoying this game

@Lush Yea you’re right ! I already did it like 2 times but it seems like I need to reduce the saturation again

We only asked some friends to test our game to have some feedback during development, but we should’ve done some playtests with more people. Also, it’s not mentionned, but there is an option in the settings menu to control glow in the game, so every player can configure the post process like they want

@NateLane Thanks ! Yea, I discovered some aspects of making a game that are not so easy hehe. Our next game should take a long time to make I think ! oh also, I only saw recently that you’ve become indie, I’m really excited to hear more about your project !

@DainnTheDear Yup ! Even more when you are working on it on your free time, it took more than expected. Thank you ! I really love neon-style graphics.

By the way, I was planning to release this post last week, but I had some technical difficulties (my HDD died lol) so, unlucky