I lurked around this community for far too long, so i decided to open a topic for my doodles and stuff.
Feel free to add comments and critiques to my posts.

Right now i’m working on this shoot effect. Note: the projectile / laser stuff is just a placeholder, i don’t really have an inspiration on that one, so feel free to suggest me something. Based on the animation i should go for a projectile instead of a laser maybe.
https://youtu.be/goue3BMceFk
I used Unity2018.3.0b7 Particle System, ShaderGraph, the new Visual Effect Graph and some hand written shaders also. 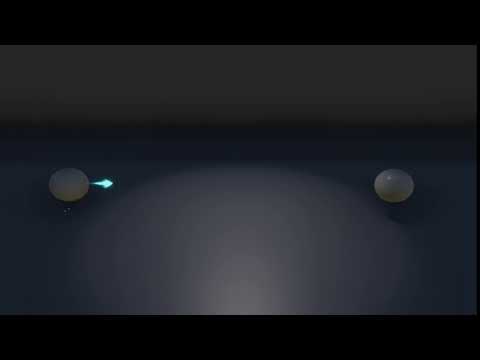 your character is very realistic, so you probably want to use that as your effect scaffolding. If your game is less magical, then you look for real world elements. Lights pulsing along the gun, energy pumping from some place on the character. illumination as if some readout on the gun is shining up onto the character.

if you have to do a telegraph for the effect, then a more diffuse effect that builds to a focal event #muzzleflash

if your game is magical, then more ornate flashy symbols and such would be your departure point.

I’m currently just messing around, i don’t really follow the basic guidelines of good visual effects. These are not even close to be game ready or anything, i just try to create stuff based on my ideas.
Both the timings, the shapes, and the colors are a bit off tbh.

I’ll try to create some actually good one tho.

Alright, so i edited it a bit, because i got a lot of feedback on reddit about the effect, mainly about the impact. 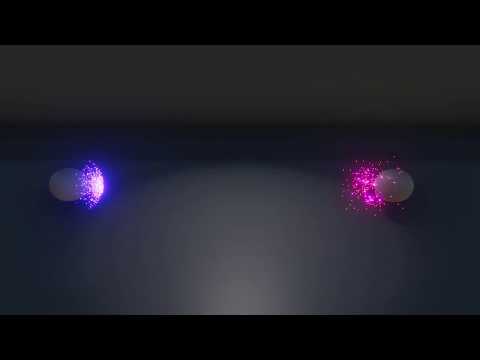 Also here is a little breakdown (?)
Disclaimer: i’m not a native english speaker.

So… First Let’s talk about the buildup. I used sample bezier curve to set a path for the buildup particles. For this, i used the VFX parameter binder script. This allows you to bind stuff (like gameobject’s position) to the exposed parameters of the VFX graph. Here is how my graph’s parameters looks like in the inspector: 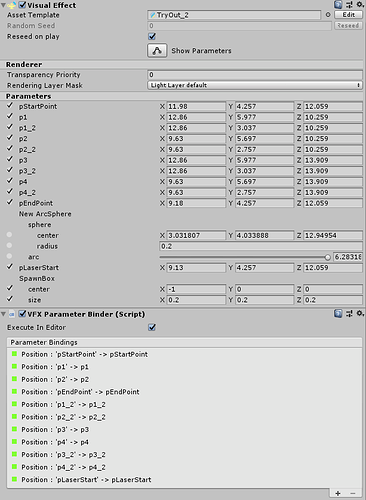 Basically i sample a point of the curve over the lifetime of the particle and set the position in the update by that. 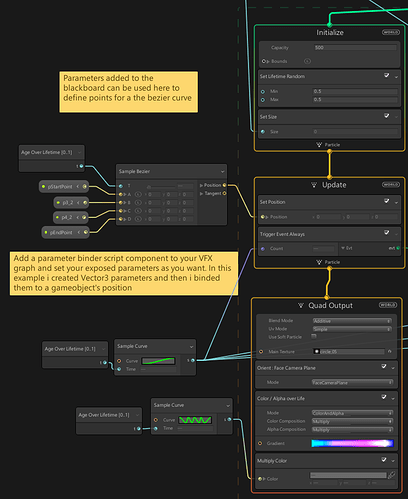 The only interesting stuff here is the “Trigger Event Always” block in the Update context. This triggers a GPU event every update and you can connect it to another spawner so this acts like a shuriken subemitter. 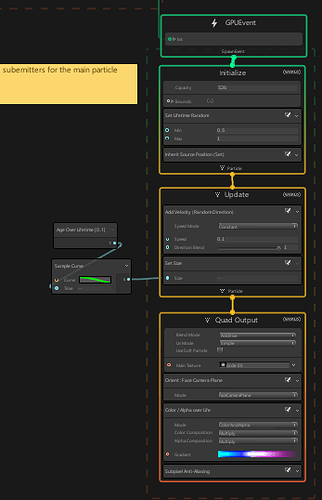 I have 4 of these main+subemitter systems, with 4 curve. One of these system also has a “Trigger Even On Die” block which triggers more particles with spherical movement. 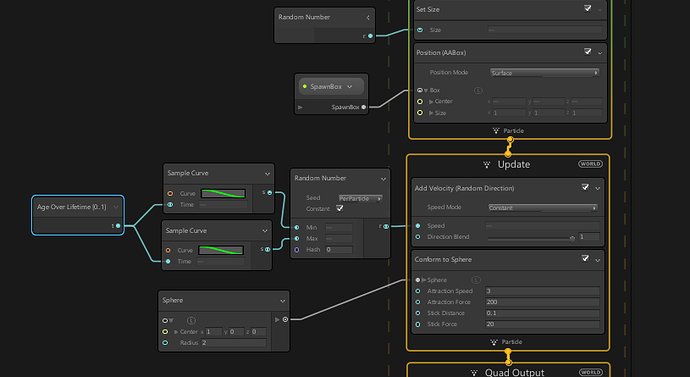 They initially spawn in a small box, then immediately start to conform to a sphere’s surface.
To cover that a little bit there is bigger particle spawned on top of them with a different texture. It’s a bit hard to notice but here it is: 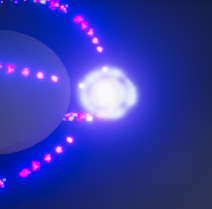 The projectile itself isn’t intresting at all, it has some velocity added to it and basically that’s all. Also the scale of the particle is multiplied by velocity. This one also has a “Trigger Event On Die” and as you maybe figured out, this triggers the impact.

Nothing interesting here either, random velocity added over time. The whole graph:

The hard part was tweaking the numbers (size, timings, lifetimes) until i was satisfied with the outcome.

I already has another idea for the next effect, so i’ll try to implement it as soon as i can, and post it here. 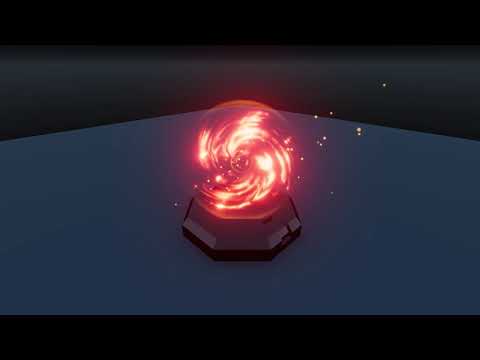 Shader used for the main particle: 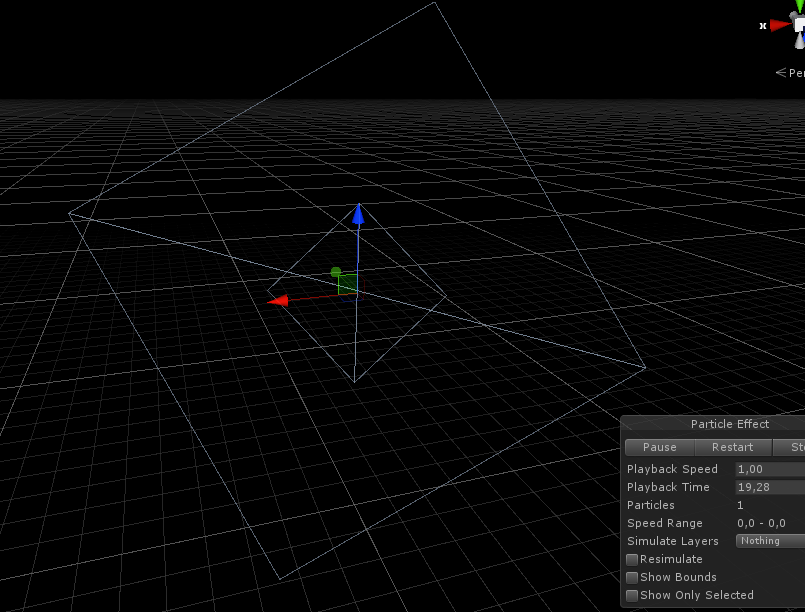 Few weeks ago i created this magic buff effect. Here is a little “breakdown”. 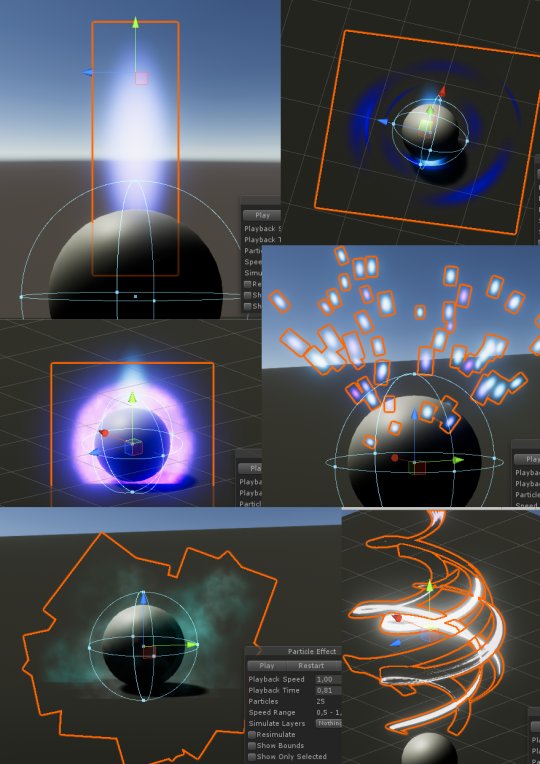 I haven’t touched this in a loooooong time. Time to create something here.

I always wanted to do some kind of environmental effect in a realistic / semi-realistic setting.
For now I want to change this sunny scene into a stormy / rainy night scene. 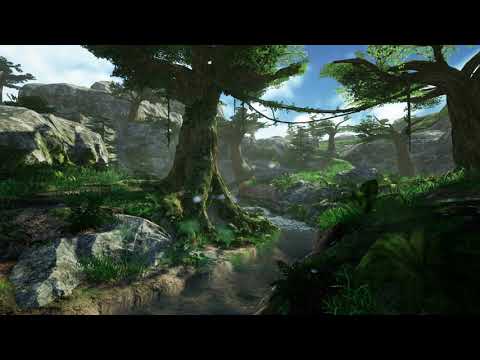 So here is the first iteration of my efforts 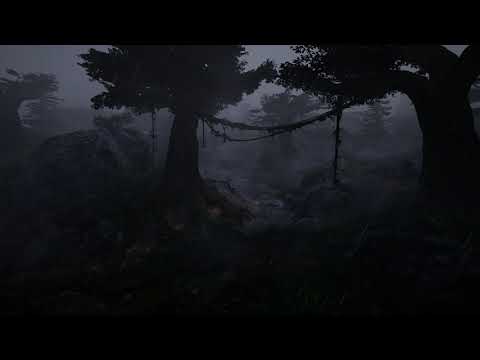 I used exponential fog / sky light / directional light combination for setting the mood. Added rain / splash / mist particles to the scene. Edited the materials so they look more wet and cranked up the wind parameters on the foliage and the leaves.

I have some rendering issues, and some artifacts here and there, and I couldn’t really nail the colors and the lightning yet, but it’s a start.

Any feedback is greatly appreciated!

The mood of both come across very nicely!

Sunny scene:
The thing that bothers me the most is the foliage movement. Especially on the leaves. there are very “liquidy”, you can really see the “sine wave” going across them. Even the big branch on the top right does it. I try to split the motions up into parts:

Also there is way to much (and similar) motion across all plants. For example the fern in the center bottom looks like it wants to attempt the worm

I recommend you lower the intensity of the masks.

I know a bunch of games that does this, but commonly plants are not that dynamic and if a big burst of wind comes they move more in unison. (with local turbulences the give them a bore jitterly look)

Rainy scene:
A bit harder to tell, because youtube crushes the fidelity.

This is a bit of harsh feedback, because the scenes actually looks quite good and I know that you are quite capable.

Looking forward to see where you are going with this!

Edit: There is a great talk about the foliage in Horizon: Zero Dawn here: https://youtu.be/wavnKZNSYqU
you can download the PDF here: GDC Vault - Between Tech and Art: The Vegetation of 'Horizon Zero Dawn'