Hey guys! Quick question: Is there a way to add multiple Materials on a particle system ? Like, i use a few sub-emitters to pop some mushrooms meshes when particles collides and all the meshes appears randomly like i want because i added 2 other meshes in the renderer tab of the same particle system (like shown in the picture). But the problem is that all 3 of them have the same Material since it’s the PS’s material that is applied. 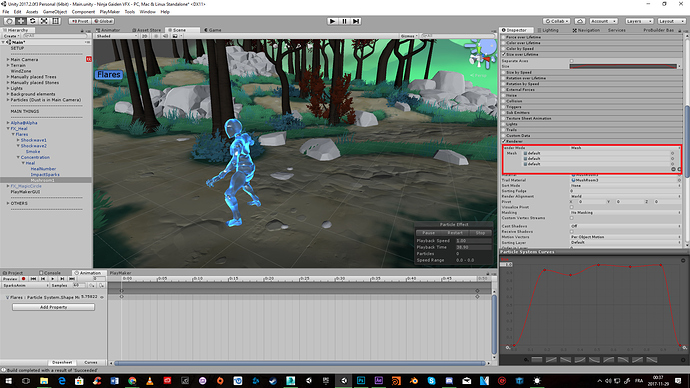 Here is the project i’m working on and you,ll see towards the end of the video that the mushrooms appears as i want but with the same material: 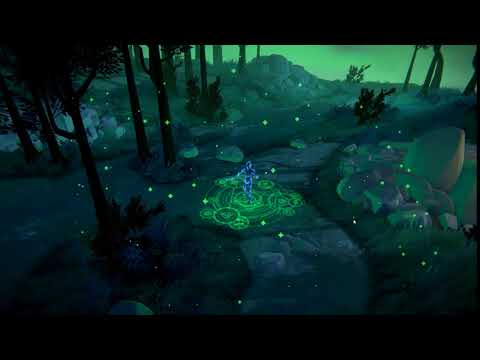 As far as I know there is no way to apply different Materials to randomized meshes in the Unity Particle System.

Do the different meshes share the same Texture? Then you won’t need multiple Materials but just one.

The other alternative would be using three different Subemitters to spawn the different Meshes with the right Material. But then you might have multiple mushrooms in one spot.

Yes i already did what you suggested but as you said the meshes spawns at the same place, which isn’t really good lol

And no, every mushrooms have and their own texture.

I guess i’ll have to choose only 1 or have many but with the same texture… Aw.

Anyway, thanks for the help!

You can atlas your textures. And have like a bunch of different mushrooms in the same material. Not only its way less complex than doing diff materials on the same emitter, but its also much more efficient on the performances.

Think of it exactly like how you do an animated texture sequence. Except each frame is a mushroom texture. And you don’t cycle through frame but pick a random initial frame for each particle spawned.

Ooooh right, i remember doing this for our final VFX project when i was still studying. Thanks you!

Don’t forget to show us how it turns out! 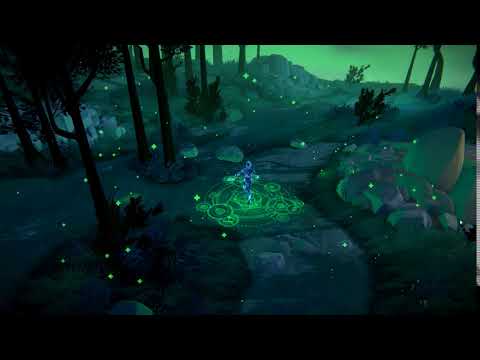 It works! The colors are ultimately controlled by a custom shader so it needs a little bit more tweeks but that’s it.

Thanks again for the help!

There’s a way to sort of do “different materials” but it’s pretty heavy, and your results look good using the texture sub uv method already