I’ve never done any challenge of Real-Time VFX & i’m like, well, one day i have to give it a try.
So here we go !
I don’t know if i’ll got the time to finish it but let’s go anyway !

I start tonight with a quick sketch. 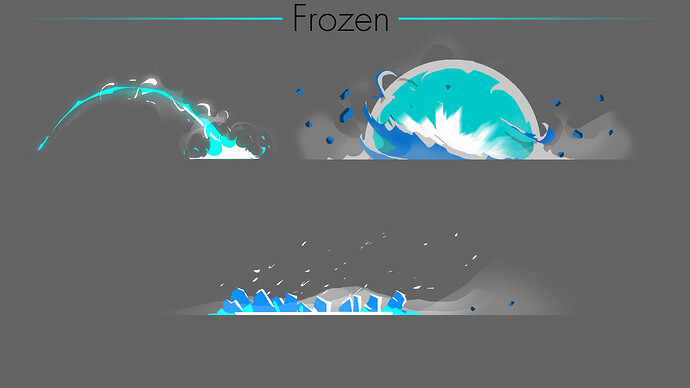 Here is the final one 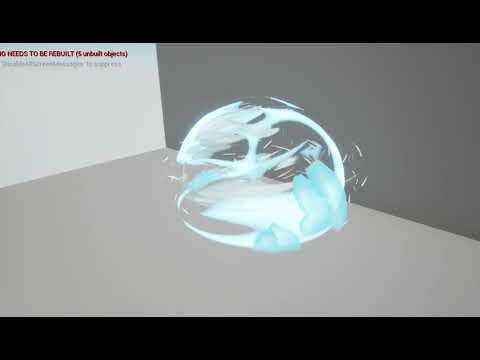 I’ll probably do a quick setup tomorrow with a Sphere Mask System in order to have a kind of dynamic propagation of ice.
Ice itself will be a triplanar effect to be adaptable to where it’s shoot.
So yeah, let’s see, i’ll keep up you to date !

Alright, i lie.
I’ve done the quick setup for the Sphere Mask just right now.
A quick gif to show how i’ll propagate the effect.

Update on the sphere mask.
I’ve add a bit of movement dissolve effect on the border to make it look more cool and alive.
Yeah, i’ve been directly into something technical.
I imagine the thing as a kind of adaptative effect.
Next step will be to detect where to spawn niagara particles into this sphere i think.
Yeah i’m totally going into that like a punk ahah.

You’d probably be spending more time making the video than the whole effect, but would love some sort of tutorial or breakdown once its finished! It’s super cool, I am mainly interested in the results of the last video where as you expand the sphere the ice patch gets bigger, really cool technique that I would love to learn because it can be applied to any explosion of any element

This looks awesome, I saw it about a week ago and got inspired with the world space mask, are you using any scripts with the material to make it affect other meshes as you move the sphere? Trying to create something similar in Unity and so far it only works for me if everything is using the same material

I’ll try doing something to spawn automatically particles inside the “ice”.
Well, i lost myself at testing tech stuff, so i let that as it is.

yeah i could totally do that when i’ll got a bit of time !

Yo ! (sorry for the late), i’ve mainly done a function which i re-use in all the materials

I work on an intersection shader !
(i lacking of time, so here we go, i’m working in Yolo mode) 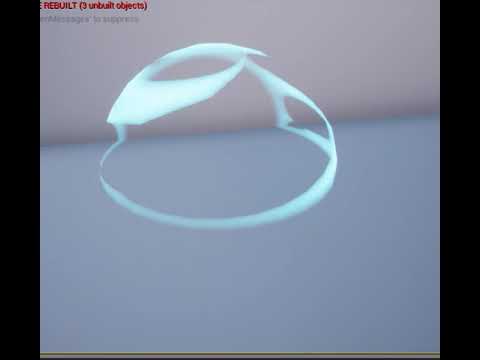 Here is a first assembly with the intersection shader & the VFX you saw earlier ! 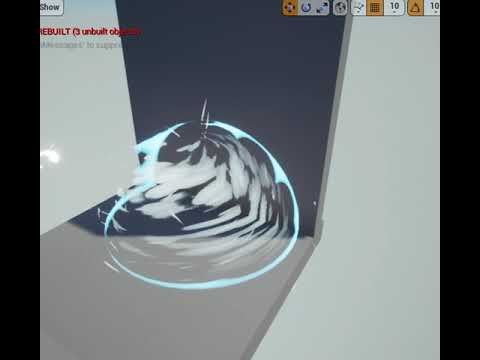 Final stuff.
I have fun playing with meshs.
I’m not satisfy of the overall, i’ve been lacking of time but well, i’ll probably polish it next week.

Anyway, that was fun.

Loving how the swirl effect turned out!