I’m totally new to realtime vfx or to game VFX. I have a lot of experience working with 3ds max, fumeFX, thinking particles but I wanna learn games VFX. I would like to learn how to make effects for android or ios (mobile games). Can you guys give me some suggestions where to start? Should I use unity or UE4? Im also interested in learning houdini If it’s necessary for game VFX.

Hello and welcome on this forum.

In RT vfx you are mostly working with textures, shaders and meshes. For mobile game the particles have to be less expensive on the hardware. You cant throw in as much particles as you would on a PC. You have to find balance between good look and playable framerate (this also apply to PC and Console games).

First you need textures for anything that isnt special. For something like burning wood you can generate a fire simulation in fumefx then render it and make a spritesheet. In the engine of your choice you will use particle system to make it move. There are many tutorials for this everywhere.

For more special effects like shockwave or force field you may need to combine mesh and texture with shaders.
For Unreal Engine example check imbue AoE ground attack on youtube (link below). Its unreal engine 3 (UDK) but particle and material editor are mostly the same in UE4. And he also uses maya to create mesh.

For Unity and 3ds max example check the Ink Brush effect tutorial. Shader forge unity plugin is used along with After Effects and 3ds max. You can find it under Resources category here on RTVFX.

You should download both Unity and UE4 to see which one you like more. Particle systems are mostly the same thing in every engine. Im using UE4 because it has material editor already integrated. In unity you have to write shaders or buy a node editor like shader forge to edit shaders.

Houdini has a free apprentice version so you can use it to learn the software. You can achieve some effects much faster in it but it has a steep learning curve. On the other hand it offers freedom which I didnt found in any other big 3D package like maya or 3ds max and thats why Im using it. However its not necessary to use it in RTFX production. You will probably create some effects much faster in a software you are already comfortable working with.

Here are some great resources:
http://wiki.polycount.com/wiki/Special_Effects
https://www.thegnomonworkshop.com/tutorials/visual-fx-for-games
https://www.youtube.com/user/imbuefx/videos
The gnomon workshop is paid but I think this tutorial is good. Other paid sites like pluralsight or cgcookie also have some tutorials for this. 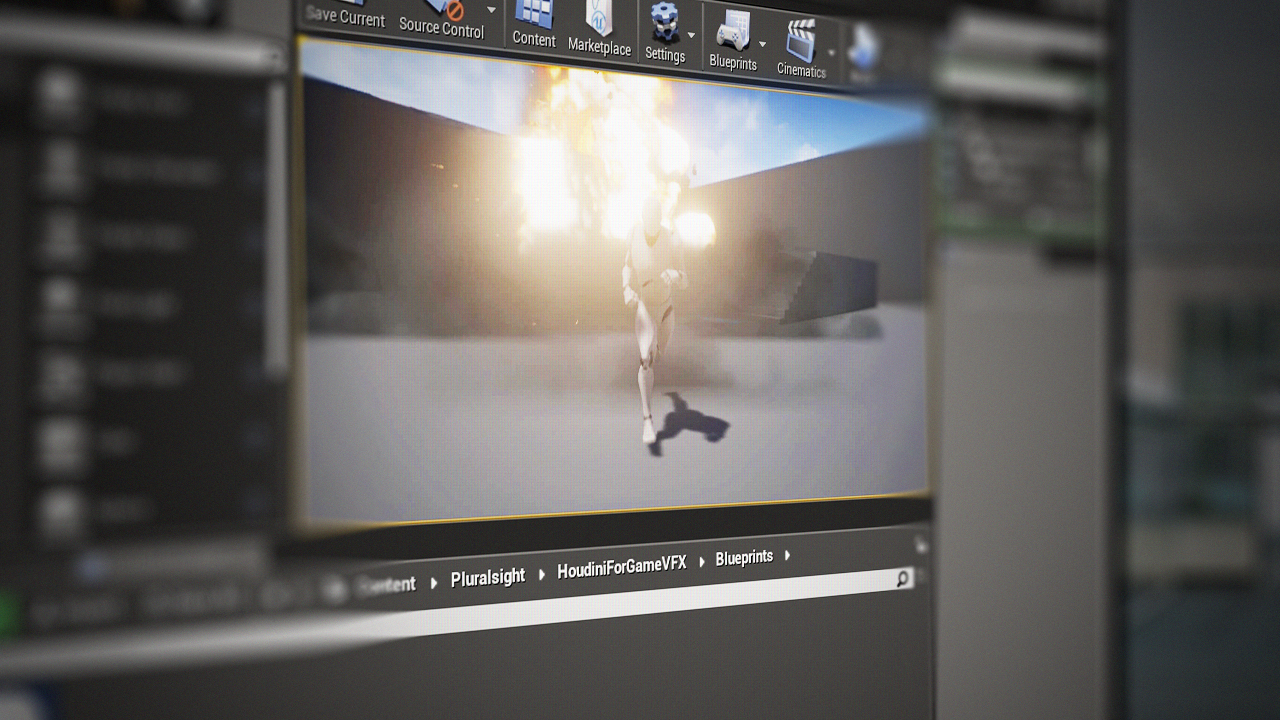 Hey! Me again. Sorry for the spammage, but I’ve just finished the Cloudscape tutorial that some of you have been asking for. This video is going to show how to create a cloudscape for Unreal Engine 4 using a skyrig that we’re going to make in Houdini, then convert it to a mesh and use it as a spawn surface in Unreal. We’re also going to look at how to create some basic textures for this effect. https://vimeo.com/216915018 Added Thumbnail. [image]


Even if you dont use houdini these tutorials can help you for example modifying smoke alpha channel in UE4 to create fire, create simple spark texture using radial gradient node and many more. There is also a powerpoint presentation on the polycount wiki (link above) from crytek which shows how to create similar splash using 3ds max.

Also check the resources category here on rtvfx.
These are also good:

VFX artist Andreas Glad talked about his approach to visual effects production, showed how these could be used in games and when VFX are used. Andreas worked on a bunch of cool games, including Battlefield 1 and Battlefield 4.

RT VFX Course in Unity By Kevin Leroy - https://www.youtube.com/c/SirhaianNet VFX is a constantly changing industry: the tools explained in this document will change over time, but what you will learn here can still be adapted to whatever comes...

Check every tutorial, podcast, interview you can find even if its not for the effect you are trying to achieve. You will find a lot of useful tips and tricks hidden everywhere.

Use google a lot when learning new engine (or anything new to you). You will find answers quickly since a lot of people had problems while learning before. If you find yourself in situation where google can help then just ask here.

Good Luck and Have a Nice Day.

Thanks a lot! So I should first take some courses for UE4? Or should I just watch tutorials for vfx?

I recommend you to first watch some tutorials on the stuff you want to create (magic, realism) and then try to recreate it. Just experiment a lot and change different values to see how it affects your effect. Create and recreate your favorite effects from games. If you want to create effects for unreal 4 then you need to learn cascade which is the particle editor. There is also a material editor which you will need and blueprint visual programming which is helpful if you know how to use it. Find the way which you think is best for you.

Particle effects in offline rendering tools vs vfx isn’t extremely different in how they work from a high level. The main difference is when you’re using the tools you’re used to you might make an effect with tens or hundreds of thousands of particles, for something like mobile VFX try to think of how to reproduce that with, say 10 particles. Not 10 thousand, just 10. Your overall particle budgets aren’t likely to be that limited, but you’re also rarely just doing one effect at a time. For modern high end mobile devices you might be able to get away with a few hundred particles, maybe even low thousands depending on the hardware and use case, but they’re going to be much “dumber” particles, limited to no collision or interaction with each other or other objects.

Houdini has been getting popular lately for realtime VFX just because of the breath of tools it includes, but it’s certainly not required. For realistic effects you’re likely going to be rendering out a short video of something from max or fumefx, maybe 16-64 frames, and putting that into a single large texture atlas, sometimes called a flipbook. Sometimes you can get away with just using one or two frames from something like an explosion render. One from when the explosion is big and red, and the second from when the explosion is just the smoke as it’s dissipating. You spawn the first image on one large particle sprite and scale it up quickly, then fade it out while at the same time fading in a handful of sprite particles of the dissipating smoke. Maybe you can use a handful of small, bright dots flying out from the explosion as sparks. There you go, you now have the exact same setup as probably 99% of explosion effects out there. Want something that’s not realistic? Replace those two renderings with some hand drawn images.

But do I need to learn engine? Like if I type Unreal Engine 4 vfx beginner I will usually get tutorials like “how to create your first game” do i need to watch that? because I’m not into making games I just wanna do effects, destruction… Shoudl I just watch imbueFX? But I dont find any “beginner video”

This official Unreal 4 tutorial should help you:

learn unity. The chance that you will get your hands on a unreal mobile game is quite slim.
Plus there is much more direct content to learn unity game vfx and how to approach them for mobile

Imo the most efficient way to learn it fast is, check vu ducs unity tuts. They should be a good starting point to learn the shuriken system & animation techniques in unity. 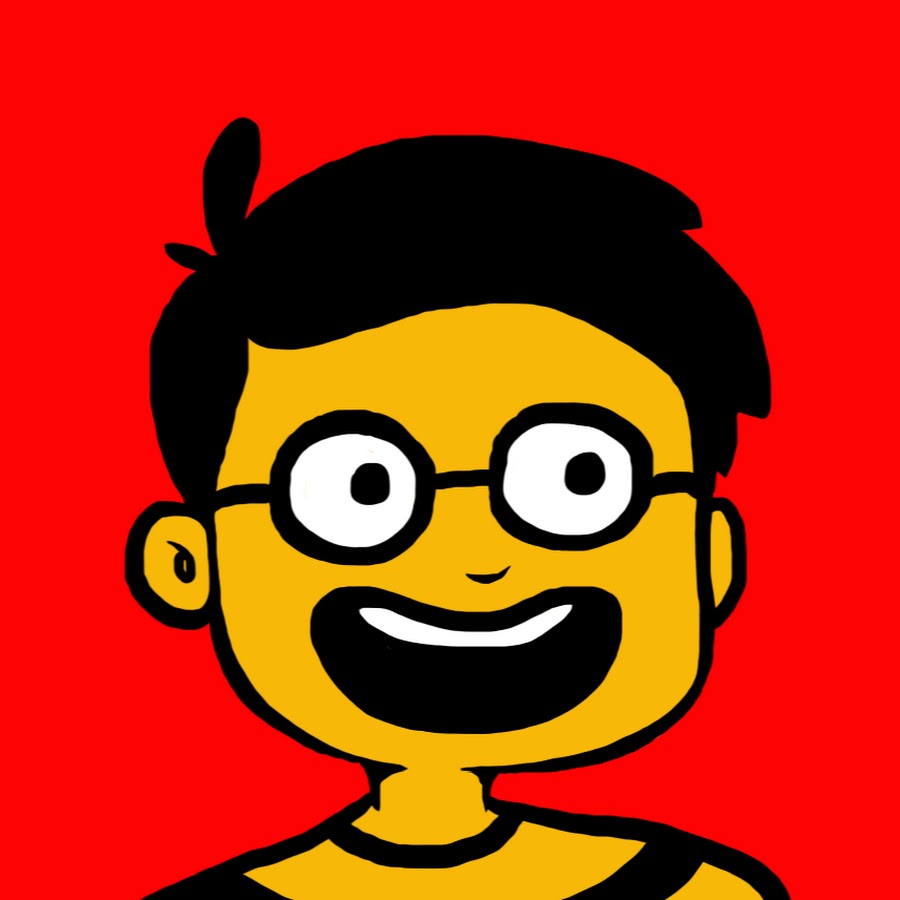 Hello Youtube. I'm Duc and my channel's name is DucVu Fx, because i made video a bout game effect (or game fx) . Hope you find helpful on my channel. Love yo...

Im actually not new to vfx or ue4, but I am new to mobile.

I will be reading up what has already been posted so far at a later date (busy busy) but I do have a question I’d like to ask right now.
Lets say I have a djinn character on mobile that has smoke/gass/whatever magical stuff around him, what would be the best approach? make it part of the character partially and use particles for details or?

look at WoW from around 2005; like raganros or a water elemental or their djinn’s
check the first 10 seconds here
https://www.youtube.com/watch?v=1RU0bXO49yg

if you doing something for mobile or tablets.
There some technical limitations, which it is important to now.
So I am speaking now from my own production experience!!!

If you never did real tim VFX, play first with engines and learn make your effects, and afterwords try to keep this points. Have fun!!!

Not sure if dx or ue4 thing, but on the gpu these take up the memory of a 1024x1024 and 2048x2048 memory as they get squared. so in those cases its sometimes best to add other content to it so it becomes square-power-of-2 textures you offset in the shader.

I’ve never heard of non-square textures using a square’s worth of GPU memory before for either DX or UE4. I know “NPOT” (non-power of 2) textures often use the next largest power of 2 dimension of GPU memory, especially if they are using mip maps, but not that they have to be square. I’m curious if you have a link to information on that somewhere. It’s absolutely not the case for OpenGL 2.0 or OpenGL ES 2.0 to the best of my knowledge; non square textures use less GPU memory, and as long as they’re not NPOT there’s no performance hit for using them.

However this thread is on mobile, and for mobile things can get a little “fun”.

For iOS, PVRTC textures must be square, along with power of two dimensions. The texture format doesn’t support anything else. The hardware in iOS devices supports DXTC / BC formats, but iOS does not. ASTC and PVRTC2 don’t have this limitation and are perfectly fine being non-square or even non-power of two dimensions. Unfortunately ASTC is a relatively new addition to iOS devices starting with the iPhone 6, even though it is technically a requirement of OpenGL ES 3.0, some “gles 3.0” iOS devices (like the iPhone 5S, iPad Mini 2 & 3) don’t support it! PVRTC2 is supported since the iPhone 5, though Unity still doesn’t offer it.

It gets extra confusing as some engines will list a “PVRTC2”, but are actually referring to PVRTC’s 2bpp mode. Using an uncompressed texture on iOS lets you do non square and NPOT all you want, but there can be a decent performance hit for using them.

For Android, gles 2.0 devices there’s no such limitations on square or non square, but NPOT can come with a significant performance hit for the same reason as iOS, most compressed formats don’t support it so you would have to go uncompressed.

If you’re targeting purely gles 3.0 and use ASTC there’s no requirement for power of 2, or square, and no performance impact for using them. The texture format was explicitly built to support this and still be efficient on hardware.