Hey folks! This is the beginning of my entry. Plan is for it to be sort of a planetary map; that wouldn’t be too interesting on its own, though, so I want to see if I can give the planet some rings, and maybe show the trajectories of nearby spaceships. All TBD, of course—most of the time so far has gone to modeling/texturing the projector itself.

Screenshot of latest version (animated below): 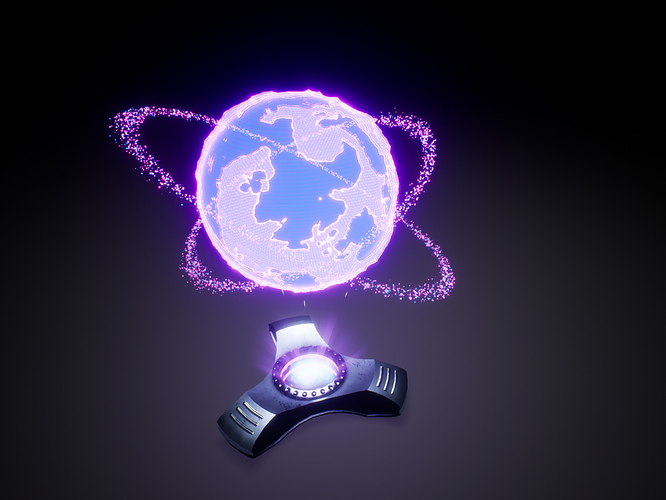 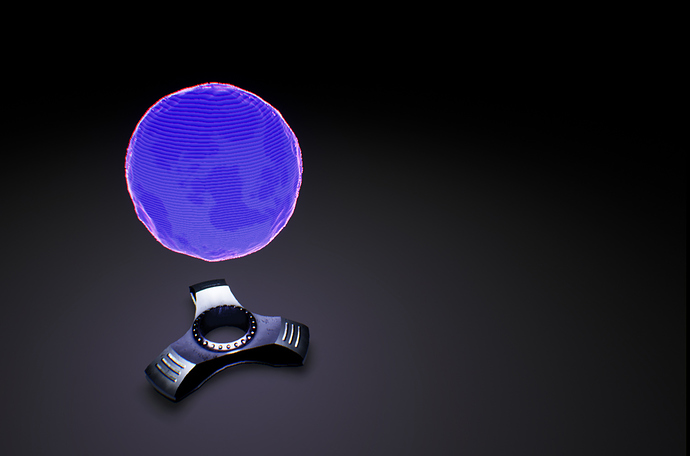 Getting a bit better—it needed a lot more definition on the continents. I wish I could get the colors more saturated, but haven’t been able to get far with that in the material; may just end up doing it in the post-processing. 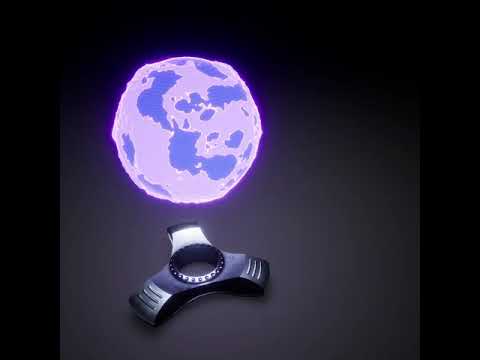 Starting on the rings. I’m using a little Niagara script to make them orbit the planet—the orbits are more or less circular, which I know is technically wrong, but it looks okay for now. Next up I’m planning to apply the same scanline effect that’s on the planet to make the particles look more grounded with the rest of the projection. 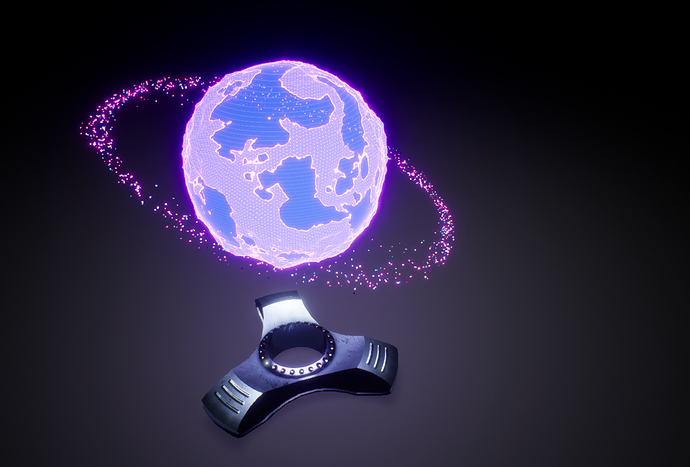 More progress—spent a bunch of time on the glow at the base of the projector, and added a second ring because Why Not™ 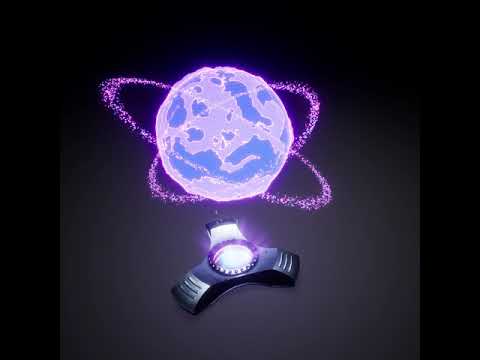 I’ve gotten the hologram itself to a decent place, I think, so I’ve been spending some time on a “startup” animation. Pretty happy with the particle effects inside the projector as it charges up, but the final flash looks a little cheap to me right now—any ideas what I could do to improve it?

For the startup, maybe you could try scaling the hologram from a point to its full size, or having it stretch into position from the emission point.