the speed is indeed too linear right now.

Just implemented the feedback from yesterday ! The following things have changed:

-The impact had tendrils in it that where not visible, that has been fixed.
-Made the embers bigger and tweaked the behaviour a bit.
-Made the flashes and overall impact brighter.
-Added a slight tint of greenish yellow into it. The change is really really subtle though.

Really curious for your feedback again!

Hiya!
Currently busy with something new. Something with the aim of figuring out how to best do effects that are comprised of a lot of elements, and improvement in handpainted textures. Currently still in the works, but these are the following things I wanted to add/improve. If you have any feedback, please shoot 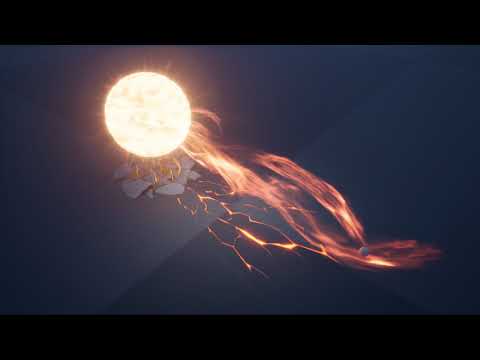 Thats cool! Is that decal at the bottom just a decale? or a mesh? . It looks like a mesh to me.

You’ve already said that you want to work on better timing/animation overall, I’d recommend getting that better asap - it’ll make what you’ve already got WAY better. You can then go ahead and polish it with the other elements

Thanks man! Yeah, that is a mesh :P. It would have otherwise become a bit too heavy for what it is resource wise imo.

Thanks man! I’m aiming to make it atleast 50 to 60 percent faster. I kinda want it to fit within a moba style ultimate type of attack. Something along the lines of a high risk/ high reward ability.

Woo! Some updates on this one. Some things that have changed/ I need to add/ need to fix
Made it around 50 percent faster and reworked the timing for the entire effect. Enhanced some of the particle systems. Added scorchmark decal, dust, and basic idea for disintegration.

To be fixed:
-Nice blends for the flare rings.
-Even further tightening of all the timings.
-Better heat up effect for the target.
-Add glow radius for the stones when the come close to the sun’s surface (or make them work around it).

To add:
-Something interesting elements for when the sun shrinks. (Shredding of mass, and some lingering energy).
-Change magnetic rings from orange to blue when sun shrinks.
-Movement in the inward tendrils.
-Prefracture decal.
-Better overall glow consistency throughout the effect.

If you have any further comments please do tell 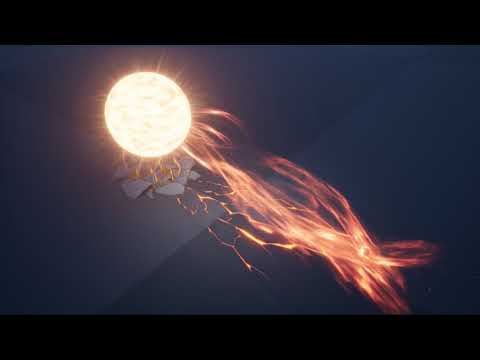 Really nice work! I really like the rocks and cracks with the flare and how they fade.

Thank you so much Nate

Feeling like this is getting close to final. But I feel the following is left to do:

Anything else that I might have missed? Would love to hear your thoughts! Thanks in advance 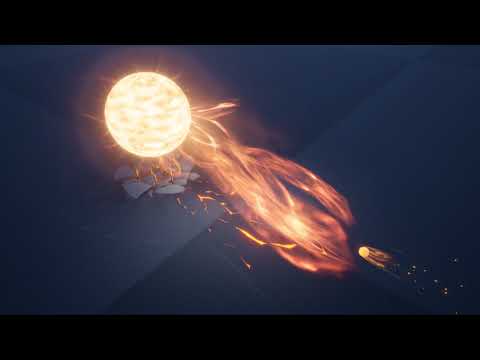 This is looking way better now! i really like how the orb jumps up at the begining, it also has a good ‘punch’ when the flames are released.

I wonder if you could do something more interesting with the ending? At the moment it’s just shrinking back down to where it started (which is fine) but just looks a bit boring compared to the rest. You could maybe just shrink it much faster to show that all it’s energy got released in the blast? Or maybe instead of shrinking it you could have it break apart into lots of embers that float away.

Whatever you decide to do with it it’s looking great

I love the way you have dust and sparks bleeding off the target to show heat.

I do wonder though if you can make it feel somewhat more justified that the target is gone by the time the solar flare passes by?
The amount of matter leaving the reaction does not feel in proportion with how much was there before.

. Right now I want to make the attack itself fit into 6 seconds. The end bit was something I still needed to work on, but it will get a more interesting ending to motivate it being 6 seconds long. Higher intensity but in a shorter timeframe.

Thanks man! Yeah, i agree with you on that. Right now I’m retiming the attack to around 6 seconds in total. So I think with that, that point should be adressed with it as will.

Whewhew another update. Made the attack around 6 seconds long (minus the settling of the dust, scorch marks and rocks).
Currently still wanting to improve the following.

Thinking about adding the following. 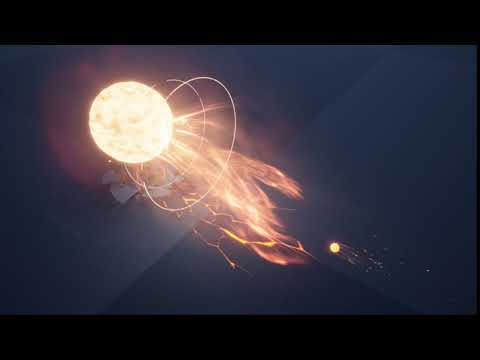 I suggest reducing the size of the ‘sun’ as soon as it’s fired the flames, it’ll look like it’s actually emitting it’s own energy into the flames then rather than generating them

Cheers man! Really good idea! That will definitely help with adding some extra dynamism to it all.

Everything is so awesome!

Do you mind explaining how did you do the flickery movement of the fire on the Jet Engine?

Thanks man :D. The way I did it back then is to multiply a random sinewave to the V coordinates of the texturesample, and not put the strenght too high. That was the basis for the jittery motion. It would probably be better to add randomness to the sinewave based on the position of the particlesystem tho, I see now that it will become very noticable otherwise.