Today I want to share with you all a personal project I’m currently working on when my schedule allows me to do so!
The thing that starts it all was the desire to improve my skills as a 3D game artist using UE4, specifically with technical art (like procedural system & blueprints), shader making, and VFX. To do so, I wanted to create a long-term personal project that could be used as a general guideline and motivation.

I came up with the idea of making Elemental Crystal! I found out this idea was a good way to introduce myself to features I never used before and to practice various visual effects. My goal is to make some magical crystals, mainly focusing on the elemental-based visual (a fire crystal with embers, an ice cristal with frost wind, that kind of thing). I thought that this was a good way to try out different things about VFX production of different elements (fire, smoke, water, solid, lava, wind, etc) and different use-cases (an ice projectile, an ice item to pick up, an ice crystal to be placed on a wizard stick, etc).

Here’s one of the very first visual I’ve made for this project with an early “Ice crystal” tryout : (video available following this link)
Elemental Crystal - Ice Item (WIP) 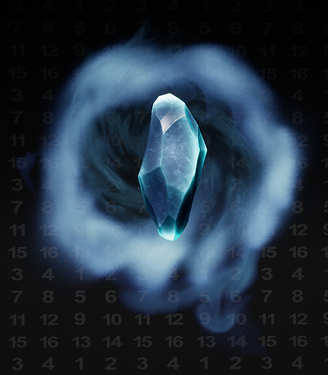 I’m currently only beginning this project, I have so much to learn and to create from now on!
That’s it for this short intro to my Elemental Crystal project! From now on, I will be posting in reply from time to time to show you guys how the project is going on, and to share some workflow explanation for those interested.

Thank you for reading all this long introduction and for your support! Feel free to share your thoughts about this, I’m more than open to feedback of any kind!

Hope all of you enjoy your weekend, and may the VFX be with you!

Beautiful crystal texture! Can’t wait to see how this project of yours will pan out!
My personal feedback would be that ice element could have some small sparkles/glitters, but overall I like the ominous vibe it is giving so they are not really necessary. Also the fog vortex seems to be behind the crystal and IMO it looks a bit odd to me, but if it’s your intention then it’s alright.

Thank you very much for your compliment & feedback!

I thought about adding some small and soft sparkles particle using a vector field made from smoke ring density map! It’s not already done because I wanted to share this for VFXfriday and had a limited ammount of time to prepare all this. I will make sure to had this kind of thing later, thanks for pointing it out!
Concerning the other feedback you’re giving about vortex position, I see what you mean. In the engine, the plane displaying it is at the center of my crystal mesh. But for now I may have to tweak depth fade a little more to obtain a better combined result between mesh and vfx. Thanks again for telling me about it!

Today, I wanted to make a quick breakdown of crystal procedural mesh creation within Houdini.
To begin with, it was the first time I got involved with Houdini, and I want to thank Simon Verstraete for all the great tutorials he made about this software, those ones really helped me understand Houdini’s basic features!

I chose to work with Houdini for two reasons. First things first, I wanted to try this software for a while now, it was a good opportunity to test it in my free time. Then, it also was a great way to produce many various crystals later in a short range of time. All begin with a base volume or mesh, in this case, a simple stretch sphere :

With this base, I’m mainly using mountain & measure nodes to sculpt out the crystal shape. Then my path is separated between three different measure nodes helping me simulating some basic texture maps: ambient occlusion, thickness, and curvature. Those data are combined in vertex color RGB channels, using the attribute VOP node, for later use within UE4 for the material creation. 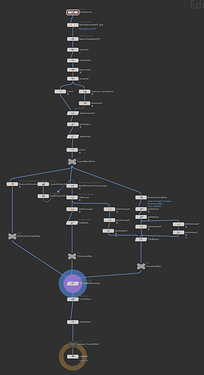 For example, I generated this kind of different crystal using only a sphere as base mesh and trying to never spend more than two minutes tweaking parameters. 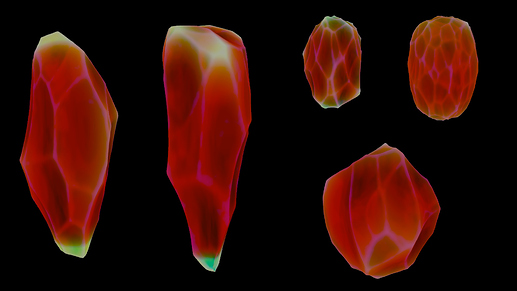 Crystal_HoudiniVariety1920×1080 231 KB
After those tests, I tried to find out which parameters were really useful to add to my HDA export for Unreal. And I began generating meshes directly within Unreal Engine 4.

Later, I plan to use the same feature with different shapes, even with pre-made meshes coming from Maya (to use this tool on a blade-shaped mesh for example). I also want to add some secondary & tertiary noises to the procedural mesh sculpt, to add some surface details and more control about the wanted final mesh. The goal is to be able to generate whatever I like later for VFX purposes (arrow, sword, bullet, item, armor, etc, etc…).

Next time, I will probably make a global overview of which features I’m using with the crystal shader creation. Just an early sneak peek before I clean it up and add some more features : 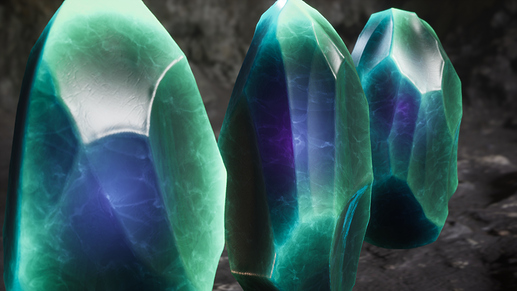 That’s it for today! Feel free to give your opinion about this, would be a pleasure to discuss it!
See you soon, and may the VFX be with you guys!

Just a little update about the ice crystal VFX I’ve shared last week!
As some advised me to, I’ve tried to add some sparkles/snow using a particle system. I chose to use GPU sprite that allows me to work with vector field driving particle velocity. I wanted the particle to have coherent velocity according to flipbooks animations, therefore those homemade vector fields were generated with the help of the smoke ring velocity flipbook to achieve this effect (or at least try). 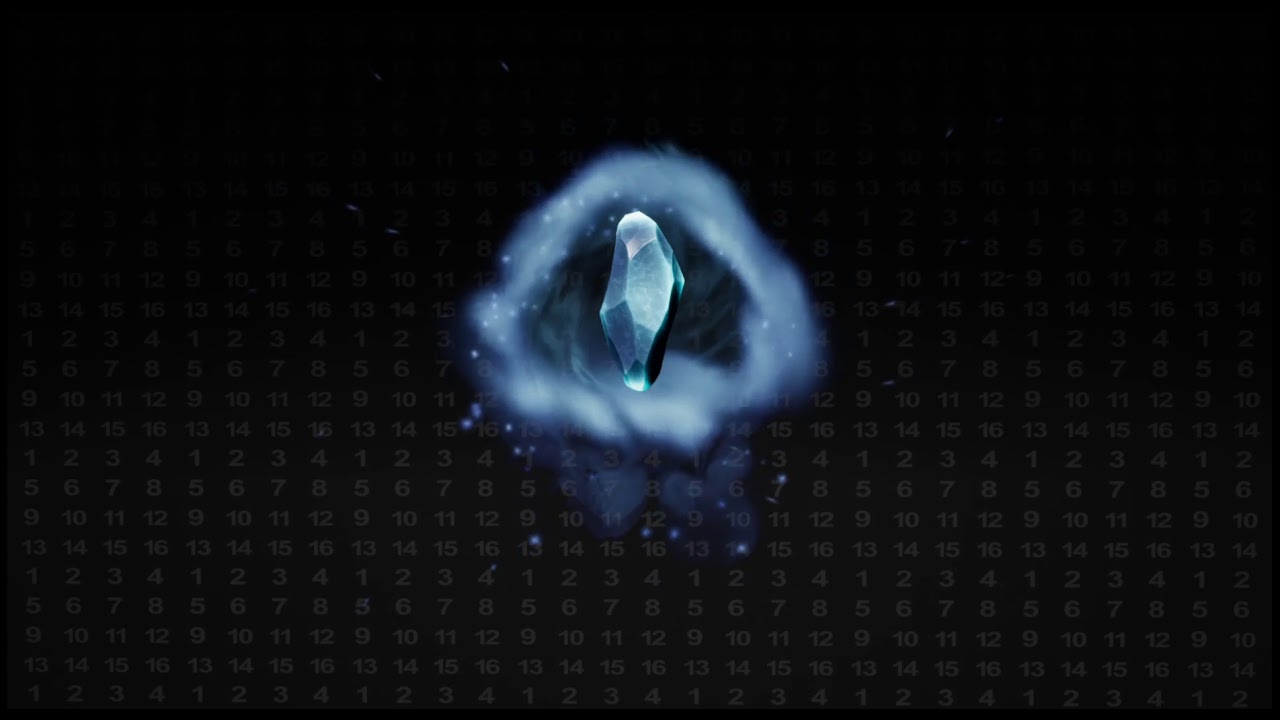 As usual, feel free to share your opinion about this!

And may the VFX be with you guys!

Today, I wanted to share with you another effect I made this week for my project.
With this one, I had this idea of a “fire black hole” that popped into my mind while making some simulation tests with FluidNinja. It was the first time I got involved with a fully homemade fire effect and I had some trouble working with colors and behavior. Here’s a capture of the final effect withing Unreal Engine: 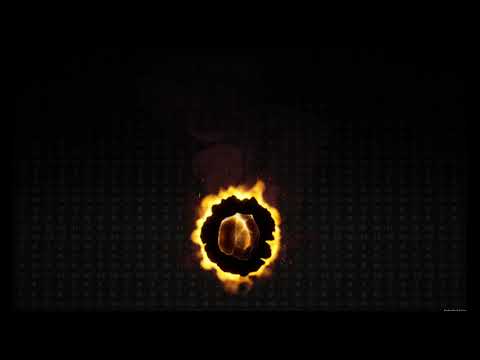 I used the same workflow for this fire effect that the one I used before for the ice one. I plan to make a post soon to explain how those effects really work!

Feel free to give any feedback, I’m really willing to improve!
And may the VFX be with you guys!

I liked the smoke. flames could have better.

Love the theme on this one! I would suggest adding a little speckle of flame upward? right now it could work as a UI flame outline but not in 3d space yet IMO.

Thank you! That’s great that you mentioned a UI outline usecase, those two effects actually designed to fit with an item viewer UI screen. That’s why I wanted to make such a “static fire” with no upward velocity. Now that you say so, I agree with you that some more physically based dynamic (like fire going upward with heat) would be appreciated with this fire hole one!
I’m not finished with this yet, so thank you for the feedback!

To begin with, I recently changed this topic title to “VFX Sketchbook”. I honestly don’t know when I will have the opportunity to work on my Elemental Crystal project again, so I asked myself: instead of making a new topic to show some of my work, why not simply rename this one and make it my own personal sketchbook?

Today, I want to share with you an “art test” I was asked to make lately for a job offer. I was asked to make a realistic fuel explosion inside UE4 in 28h. It was the very first time I got involved with an explosion effect, therefore I had to learn while working on it. I chose to use Houdini for smoke simulation and Substance Designer for VFX texturing as additional softwares. At last, it took me 26h (3 days) to achieve the following effect. 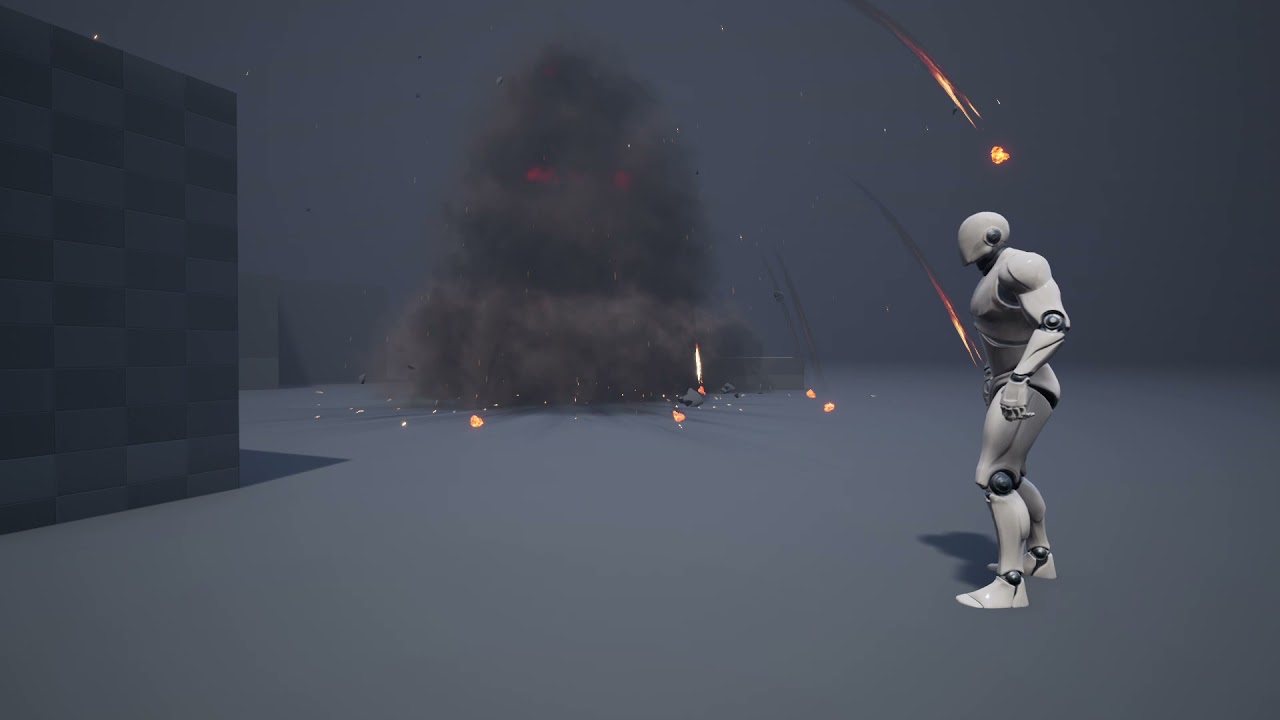 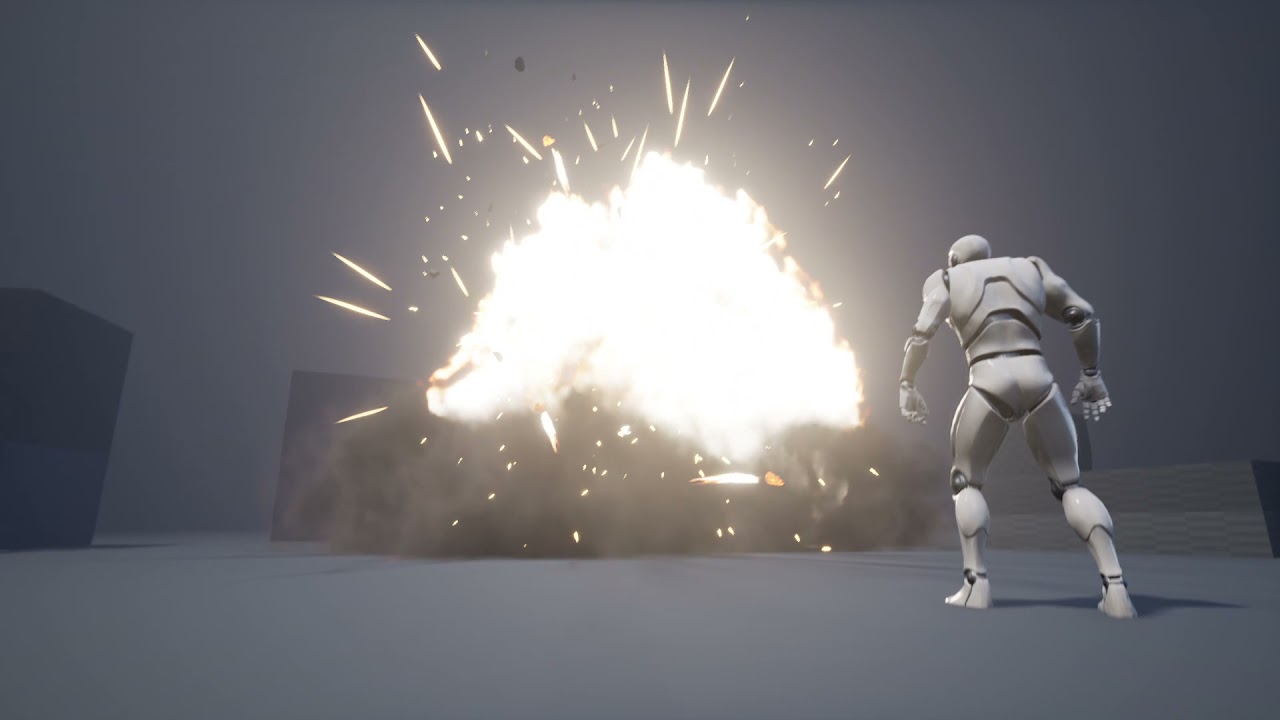 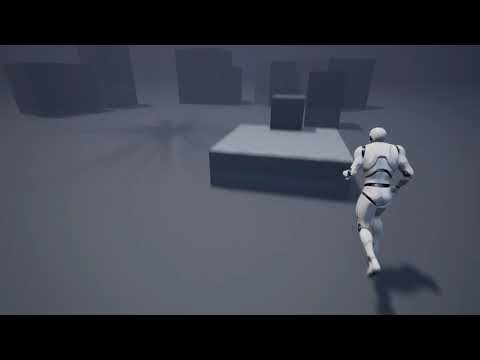 I want to thank @Partikel for his Houdini’s pyro simulation to flipbook tutorial on Pluralsight, hope to make good use of this knowledge in the future!

As usual, feel free to share your thoughts about this, feedbacks are more than welcome!
See you soon I hope!