Last of us - How are the windows rain drips made?

There is this effects in last of us of water drips on the windows: https://www.youtube.com/watch?v=GnkQXaJ9AdU&t=277s

The result is awesome and I was wondering how it was made:

-Is it from a sim, if yes, what software?

-Is it a flipbook of one sim only?

-Or is it a composition of multiple sim into one flipbook?

-How is the tail of drips fading out?

It’s more to understand how the behavior was made for it to look like this in the end.

I kind of see a philosophy of, there is droplets appearing and then the drip catch them while sliding and the tail is fading out… But that’s as far as I am right now O_O

A flipbook would yield lowres results for something like this. Set up a mask for the drop path, then scroll at gradient through it. Use the result to generate normals on the fly and you are nearly there. Repeat the texture over the window, with some random offsets or even on particles, if you have the budget.

You gave me a lot to work on now

Yup - @Partikel nailed it. We favored doing as much as we could in the shader whenever possible. This was @Eben’s mastery, and comes up in discussion quite a bit. Eben, would you be interested in sharing more details here?

So i guess that once we have our panning material set up we can create like 2-3 meshes with random flow so we could have multiple ‘‘path, shape’’ and we could change the time at which the panning start and we have a lot of different results?!

Yep, that’d work. There are tons of ways to do it.

I’ve used stretched particles attached to the camera for this sort of thing in the past for screen effects. It cost me some cputime, but it reduced the overdraw and I got a whole bunch of randomization options for free. It’s all up to what your needs are.

mayby some fancy RT material - 1 pass to apply gravity and 2nd pass to lightning this. U can use 1 rendertarget for whole scene . just add some offset to uv on every window. ( only if u got tilable RT). That would do it.

I can’t speak to Last of Us, but if you haven’t already check out Sebastien Lagarde’s blog on the rain VFX in Remember Me:

Version : 1.2 – Living blog – First version was 10 December 2012 This post is the first of a series about simulating dynamic rain and its effect on the world. All in the context of games: Water dro…

It’s a 7 part blog, and one of the things he covers is exactly this type of effect. I’ve probably referenced this blog a dozen times in the last year.

Edit: Scroll down to the bottom of this page for the part about rain drips on windows: Water drop 2a – Dynamic rain and its effects | Sébastien Lagarde

@Partikel has it right. We didn’t generate the normals, but did a texture sample instead. But you could generate them. And to get variation I just used a UV distortion map. Didn’t use meshes @Alexandre_GM.

Thanks a lot @Eben!

You guys did an amazing work.

I’ll try and keep it simple and now i know exactly where i’m going with this. ^^

What the magic behind it?

Amazing stuff, Thanks for the sharing the tips to create these effects

It’s the same idea as Z-Aligned Snow, but instead of just using a z-gradient, we use the vertex normals to mask based of the object’s surface slope as well, and use it to blend between world-Aligned patter / streaking.

Some time ago i have made Rain Drops FX.

All layers merged to one on final pass and apply to surface. 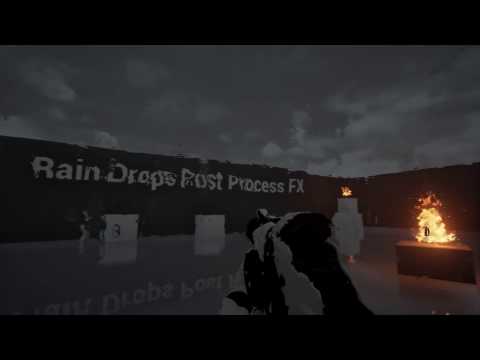 This video of the Driveclub rain simulation has been posted in the vfx facebook group.
Someone on here who worked on it? How was it done? Is it completely physx simulated? 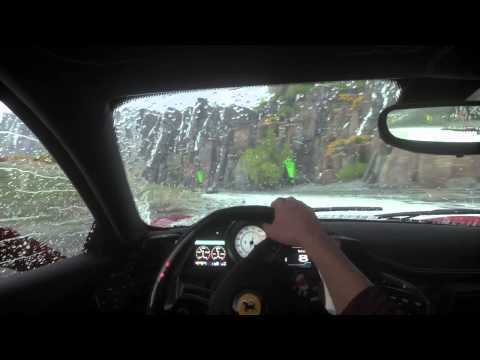 You could get amazing results, a lot better than TLoU, and without any usage of heavy flipbooks, sims, pre-baked or such, check this out:

The thing is, you can always achieve more with a lot less,…always

It’s not PhysX, but it is a simulation. Fun fact, every car had to be set up by hand because of the different wiper placements, speeds, windscreen shapes and so on.

I followed a similar topic about rain drops some time ago on twitter: 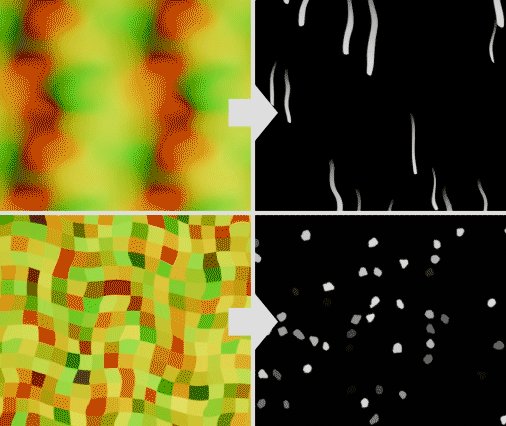 @klemen_lozar
Streaks on top, a tiling tex, distortion is animated so you can see the influence of the distortion tex on the left. Drops on the bottom, I use a very small but uncompressed tex that holds different UV values per pixel, this is used to distribute another tex around. #UE4 #gamedev https://t.co/JSEarXxtNI 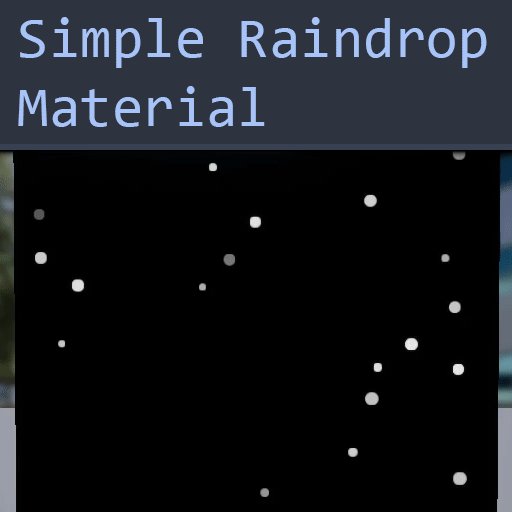 @simonschreibt
@klemen_lozar @Ghaztehschmexeh I thought a little bit on the rain drop-fading and did this test. A little raindrop mask as (scrolling) UVs for a simple LUT-Gradient makes the raindrops fade away. https://t.co/8wH6HaO5Hl
2 Likes
Rain drop effect in Unity
Dralex789 November 1, 2018, 8:48pm #20

I know this is a much older thread but I actually did some tests into a system like this. My solution was to do the calculations in 2D elsewhere then render it to a texture and apply it to the window. Planning on expanding on this in the future to support velocities, etc