I recently started my next year in college with a project for which i need to create a shader for holographic effects.
Think of like a sign board hanging somewhere displaying what’s on the cafeteria menu.
Or an actual model to use for some kind of minigame like chess.

Thing is, after some googling around, i did find some example’s and tutorials but they are mostly for Unreal (I work in unity)
This is the main look i’m aiming for. 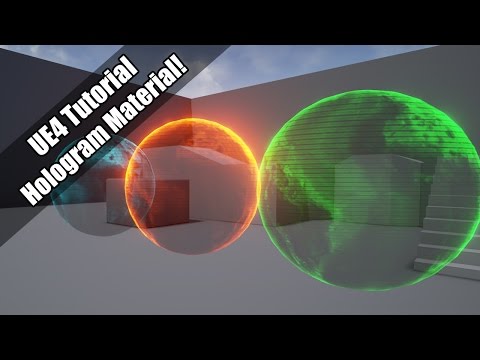 Would appreciate some kind of advice or a pointer as to where i can find out more.
The shader editor im using is Amplify Shader Editor in Unity, but i could get Shaderforge, if that’s more advice-able (seeing as it has more documentation, although the differences between editor’s shouldnt be all that great, right?)

P.S. i’m also fairly new to shader editing, and this would be my first actual shader. (not gonna let that back me down or something)

hey there. any tutorial you find for ue4 or even udk3 or shader forge should work for amplify shader (although I haven’t used amplify yet). you might get hung up on certain terminology but for the most part it should be the same. when you do get hung up you’ll at least know where you are stuck at and then it’ll be easier to search/help.

my advice would be to go at it till you get stuck or find some other tutorials to get used to creating shaders. i’d start with searching for tutorials on rim lighting and panning textures as that looks like most of what is going on there.

Heya,
That’s kinda what i’ve been doing with the tutorial above and trying to convert it in amplify’s method, although i did get stuck at certain points, hence why i made this topic.
thanks for the advice on rim lighting and panning stuff though, will look some of those up

feel free to post some screenshots and let us know where you are getting hung up.

@Ryan
Been abit busy, but will try some things out this week and give an update! with some screenshots.

Thanks for posting this shader technique. I’ve been “attempting” to learn the shader writing in Unity