God of War : I saw this light thing

Check out this God of War video.
specifically…look at the crystal.

As he’s carrying it around, I think i’m seeing a row of additive particles that only show up where the crystal is rendered, but they happen before the translucent pass? I see them as being in a row inside the crystal, near the base. I think it’s particles because subtle rotational differences happen with the angle of the system.

THEN…as he’s running up the stairs, the material is (pop) suddenly emissive.
My guess is that a light left the list and that made it think it had to use “transmissive” angles from in front of him. So what would have been an angle with no contribution is now suddently shining?

I honestly don’t know and would love to hear what you guys think is going on.
How were the crystals made?
What type of materials?
Was there a particle system or is it some kind of depth offset?
Why does it suddenly become emissive? 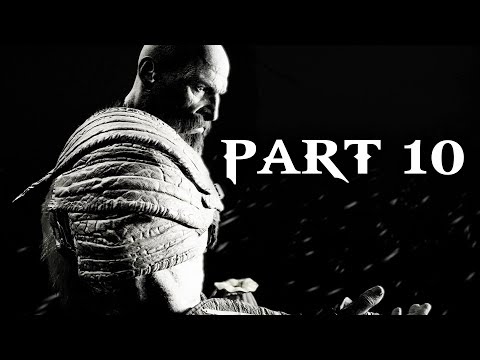 If you watch the rest of the scene lighting, it gets darker all around, which does make the already emissive crystal (you can see it’s not shaded inside the first chamber) pop even more.

It seems to me that there was something with the HDR light profiling that interacted with the particles to make them pop more suddenly (not sure why there isn’t a soft transition from lit area to area).

It’s possible that there was some particle that was suddenly activated at the same time the scene around darkened, but I find that unlikely.

as for materials, it seems like it’s a translucent textured object with PBR and soft emissiveness, with a set of mesh constrained particles inside.

not completely unlike how I filled up this machine:

a translucent textured object with PBR and soft emissiveness, with a set of mesh constrained particles inside.

There’s some kind of mask because the edges of the particles only happen inside it. And it’s almost definitely an opaque material. You can’t see any contribution from anything behind it at any time.

yeah watching it some more, I really don’t know lol. they do a good job of giving it depth and the feeling of glowing translucency.

The gem is definitely an opaque mesh using their translucency system for part of the glow. My guess is they’re using stencils or some other kind of mask to render the particles “inside”. They’re masked by Kratos’ arm and head, so it’s not a simple z depth offset.

I don’t know know if they worked on it specifically, or if they’re even allowed to talk about it yet, but Keith Guerrette and his team worked on the game you could potentially ask him.