Hey all,
Sometimes things we try might not end up in the final game but are technically considered a success. Case in point, morph targets: 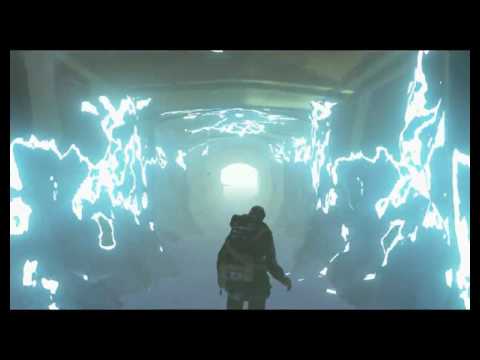 Edge of Nowhere is a psychological thriller. At one point we wanted to really utilize VR by messing with the players environment in real time. For this I took on the task of using our new morph target system to create a transition from one part of the level, in this case an ice cave, to a university interior. Due to some of our lighting limitations we’d also use this to tunnel players from one section to the next easing the lighting and atmosphere changes.

Unfortunately I was spread across several projects and I didn’t have time to get this implemented. It’s super rough but let me know if you have any feedback or questions!

This is absolutely amazing! I don’t think I’d have ever thought of using morph targets for area transitions. Great job! Would this have been very expensive to have running in VR?

Really cool! I love the feeling even just the rough effect is invoking; I can only imagine how great transitions like that could feel in VR.

This is super cool. I love how smooth and buttery the transition becomes because of the morph. I would’ve probably gone for a dissolve,which probably would’ve worked but, man this is way cooler. I love that you run a noise like distortion to it before it settles to the morph target.

@Travis I would guess the memory usage would be the expensive part, but the actual transformation should be pretty crazy fast unless there is an ungodly amount of vertices in that hallway. Which the less verts there are the less memory you need for the morphs too.

Considering this could be done inbetween ‘airlocks’ or something similar the memory requirement could probably be absorbed too.

Thanks Travis, it was a cool experiment! We never got around to testing it’s performance. However @ryan.dowlingsoka is right that fewer vertices should behave better. In this case, the poly density was very low as it was just a test. Thanks for the feedback!

Thanks Ashley it certainly had a lot of potential to further convey the hallucinatory nature of the game! Thanks for the feedback!

Hey Ryan thanks so much for the feedback! The morph targets were relatively simple geometry so I added the displacement for interest! Like you mentioned, we probably would have had to be very careful about vert density to avoid performance issues!

Really cool!
Like Ryan I would have gone with a dissolve and relied on the glowy edges to cover the effect but I think there is a lot of potential in using the morph targets to push it even further.

All in all I think it came out pretty sweet and might try something similar if I need to transition areas like this. It’s a pretty creative solution and has a lot of potential.

This would probably be amazing for a horror game; something akin to The Evil Within, Amnesia, or Silent Hill