Hi, first time here thanks to this very fun contest!

So instead of making things fly I was thinking about melting them and have them travel on the ground.
I also thought this was a good time to learn something new so I decided to use Unreal and learn about blueprints.

There’s one main shader for mask and vertex animation and a series of fairly simple mesh particle emitters spawned from blueprints for the goo.

Now I got the basics working here’s my to-do list:

Let me know what you think!

very cool idea, nicely implemented too. looking forward to see where you take this!

Here’s a small update. I’ve just been tweaking parameters and fixing a few little things to get a more dynamic timing.
I also tried putting the whole thing on fire but that was not going in the direction I wanted. I kept the part on the trail for now but I’d like to go towards some disgusting alien goo rather than a melting metal. 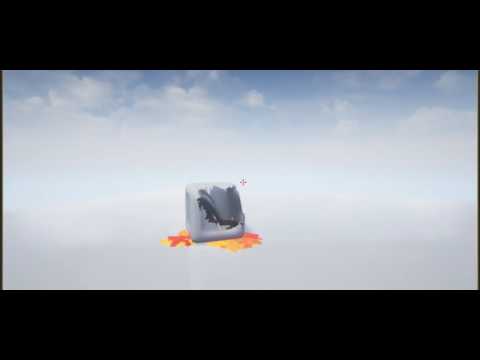 So good! The small color variation is definitely a plus in the right direction for me. Man, when your done with this I’d love to see a bit of a breakdown! Looks so seamless.

Great work!
I am also planning on going with a melting theme. I really like the practicality of the effect you have going.

Really it only blends with timing and a bunch of big particles overlapping, I’ll try to post about the different parts soon.

And since I didn’t update last week here’s a preview of what I’ve been working on in Houdini:

So, I’ve been wanting to join the Houdini 16 vertex animation hype for some time now and as expected it’s tons of fun. Here’s what I’ve got.

Here’s the simulation in Houdini including a color mask that is used in the final shader:

It’s used as a particle so it tries to disappear using a suction force and a sink and some scaling in the actual particle does the rest.
The boring starting blob shape still needs work.

Just for fun here’s what’s happening in the dop simulation: 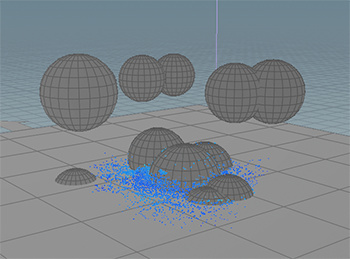 After that it’s just a quick export with the new awesome vertex animation shelf tool and we’re back to Unreal. At first I didn’t plug everything correctly but then I saw the comments included in the soft version of the shader and that helped a lot.
Here it is spawned multiple times in cascade:

In order to use it as a particle I just had to adjust the shader so that it uses the particle lifetime and position instead of time and actor position.

And there it is added to the trail part. I moved around for a change: 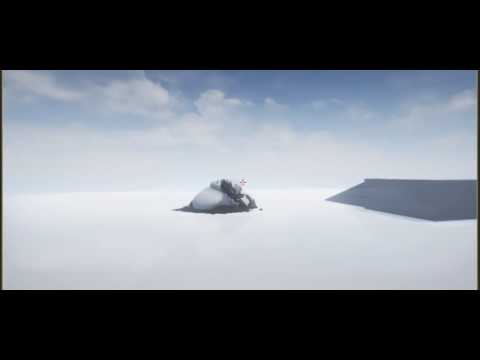 This works so well I’m thinking about adding a big splash when the object disappears.

That’s an object dropping in a flip tank and I delete all the points I don’t want to see in the result.

Once again I used the particle’s size to cheat the scale. There it is added to everything but the timing is tricky and a little bit off with some shots.

Now I think I’ll get back to polishing the Unreal side of things, improve the melting shader and try colors that fit what I have in mind better.

Made quite a few little changes this time. Switched the color scheme to purple and some pale blue with boosted emissive, added a third object just because the setup was made to make that easy, added some glowing cracks on the melting part of the shader and added some smoke on top of the trail. 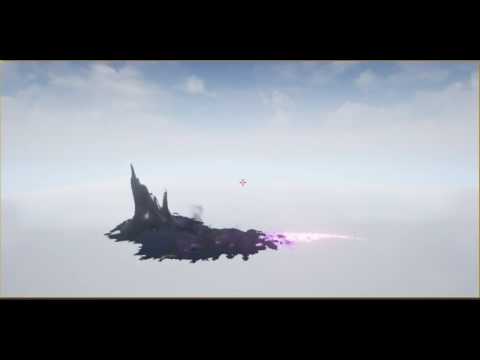 The smoke is a dissipating PyroFX in Houdini rendered as a spritesheet. I contrasted the alpha manually to get sharper shapes:

The cracks on the objects are made with Substance designer, just like the mask used for the black melting part. They are very simple but the nice thing here is the tri-planar projection that gives you a seamless texture on whatever uvs you have. Great for shader masks like this. I packed the two masks in the same texture and there’s one of those for each object: 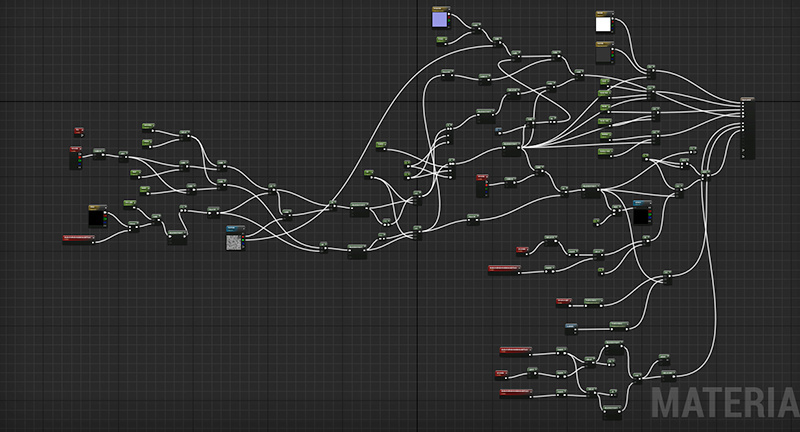 The big spiky splash mesh looks a bit awkward though. I think it is just a bit too big maybe? Like a bit too dramatic for the melting speed and size of the mesh. Maybe if it was about half the scale it would look a bit more natural.

I’m not that sure, I’m diagnosing my issue with it right.

But overall, I love how practical this effect feels. It seems like something that really could be a major piece of a game mechanic of transitioning world elements between different states.

I totally agree with you this splash is way too big. I just wanted to see it well at first but now it needs to blend in. Thanks for the feedback!
I also feel like the objects should glow when appearing out of the puddle because the glowing trail gives a better focus on how it travels now.

And I’m glad you appreciate the implementation. When I read the contest’s pitch I just imagined how it would work in an actual game and my first step was just to set up the interaction. Even though it’s not part of the contest that’s a big hobby of mine and where i really get my fun.

Quick update, I adjusted the splash size and speed and added some glow when the object appears. I think it blends well with the overall motion. 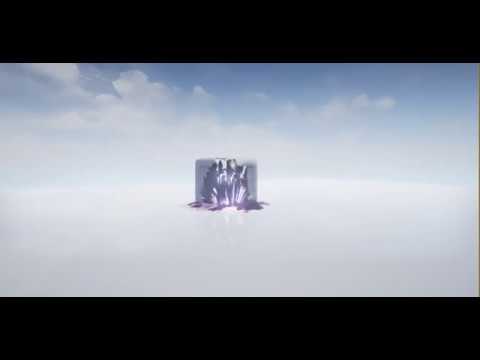 This is looking soo good! My only feedback (aesthetic preference) would be to add some sort of effect coming off the objects as they get eaten away to help it feel like it’s really getting corroded away quickly. It just feels like it’s missing a secondary element that will really sell it (possible solution is a small smoke effect like on your moving goo). There’s lots you could do, but it feels like it’s just missing something for polish

Thanks @NateLane! I understand, at one point I wondered how to detect the edge of the melting surface to spawn something on the object but that seemed too complicated and I went on with other things. Maybe I could find some quick way to fake that… you got me thinking here

Why do you want to detect the edges? No one will ever notice that the emission location is not very precise

I very much like how seamless this effect is. It looks very continuous and the overall flow is really nice. At this stage I would focus on secondary effects. Maybe the fluid could leave some marks on the ground and the fade in/out effect could use some “escaping” elements such as small droplets breaking off.

Other than that, it looks really cool!

Here’s a small update with everything activated and in decent quality. I added a very faint smoke when the object melts, it’s subtle but I think it adds a lot. Thanks for the advice! Also messed around with the scene colors a little bit. 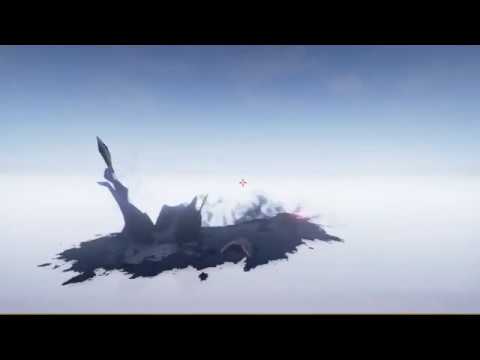 There are a million little things I would have liked to improve now but I won’t have much time in the next two days so I’ll just try to make a nice capture that doesn’t lag so much and maybe a build so you can play.