I’m wondering what is the general practice for creating animations / movement in UE4.
for example if I’m making a fireball (or any other projectile effect) do I make the animation itself within UE4, or do I make it in a different software and import it?

So far I’ve been mostly working with static meshes and whatever movement I could do in cascade, but if I need the entire thing to move, what’s the common practice to do so?

Sorry if this was asked before, I couldn’t find it in the forum.
Thanks

I think it depends on your usecase. For example: I had some jelly fish in a project and those should slowly move up and down. This I did in the vertex shader and so they could be placed anywhere and would automatically move without any extra animation.

For a cutscene I needed a fireball-effect to move around and this I animated with the Unreal Sequencer because I wanted to define the timing and placement very exact.

Another option is to use blueprints and interpolate between positions or move an objekt along a pre-defined path. There was a nice tutorial about this for firing a fireball: 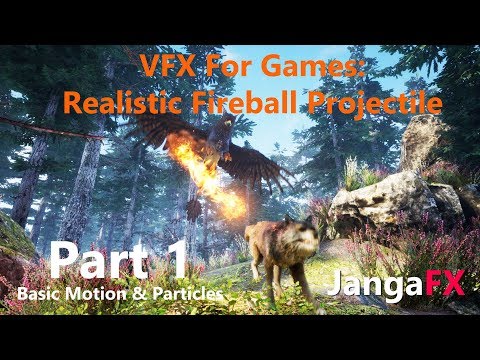 If course, animating something in Blender/Max/Maya is possible as well but takes the flexibility of changing the animation quickly in the engine without a re-export.