hey man great visuals, but I have only one problem, I’m not an expert but I could easily find many times the textures being trimmed (I guess because they reach the quad boarders), or they go through the ground… I cant tell because the colors and angle makes it impossible to get the right perspective.

Hey, thanks! Ya I agree with you, good eye.

There’s a feature called soft-particle in Unity but it doesn’t seem to work for me. I’ve cranked up the values (max 1-3) in hopes that it would blend the hard edges with the ground. The particles still cut into the ground pretty harshly.

For some particles I’ve used Shuriken’s 3D Rotation feature to tilt the texture towards the camera. That only works on certain pieces and looks funny on others such as smoke since it squashes it a little. It does resolve clipping though.

However, I just noticed that by slightly changing the pivot (Z-axis), the smoke is above the ground (no squash/no clip). Looks like this is the solution!

Thanks for the input man! I’ll correct that right away! Haha.

That’s the solution if you are making the effect for a fixed camera. That’s what I meant by it looking like it was mobilespecific. In that world, the Zoffset hack is acceptable. In a game where you can move the camera, it is not.

Gotcha. I’ll keep that in mind for future projects.

For demo purposes would it be okay? The soft-particle doesn’t work for me so I’m unclear on a solution. For now, I’ll keep it as it is.

Alright, here’s the latest iteration. I removed the ground clipping. Tweaked some VFX.

Is there anything else you’d reccomend me fixing/changing/removing? If not, I’ll continue working on my Reaper VFX. Thanks!

Ah man I’ve had non stop issues with soft particles as well. It’s a real pain at times. As you can see in this POST about the weapon glows/rendering order issues. Your best bet is to use shaders to perform that task instead of Shuriken although I’m a noob at them and probably Ohad or Sirhaian can guide you better there .

Here’s something I’m working on at the moment with soft particles turned off and on respectively, you can see the difference:

Now I’m not an expert in any way so here’s some my best advice regarding your demo reel TEST-04:

I absolutely LOVE the UFO, Axe with blood and the voodoo mask sack. I would recommend re-arranging them up ahead to catch the viewer’s eye so they can get hooked and then continue watching the rest of the video with interest.

All the best with your reel mate.

Okay, I see what you’re saying about the sorting. It looks like it’s one of those programmer things that’s over my head haha. Looks like Unity’s soft-particle DOESN’T work.

Cool aura by the way, I really like that. I really need to step it up on the next one!

Thanks! Also, good point. Can’t unload too early, gotta sprinkle it in haha.

Alright, I made the changes and shuffled the VFX more. Hopefully the order is more interesting now.

If you’ve got a better arrangment, I’d be glad to hear it. Any more advice?

You’ve improved some pieces quite a bit, nice work! For me there’s one thing that really pops out, and it’s the hit effects on a couple pieces: 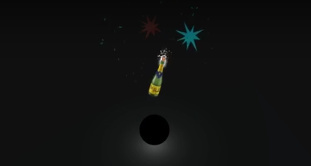 It feels very static because the shape is on the screen so long and there’s no real motion to it. I’d play with it a bit more to break it up.

Ok. I’m going to drop the impact one since its pretty bland. I’ll add more motion to the bottle w/ a nice dissolve.

The chest and champagne bottle need to be re-textured as suggested by a friend. They’re currently unusable (aka old ass clip-art). I’ve gotten some cool suggestions so far so I’ll be changing that.

The overall colors/shapes/sizes of all VFX’s need some minor tweaking as well, too similar.

Looks like I need to readjust my entire composition as well. Too much black space (originally intended to give more room for larger/farther effects.) I’ll need to zoom in more so it fits better.

I also need to cut out some VFX for a Blizzard Specific reel. I’ll end up having two different reels.


0:33 to 0:36 you can see some good subtle impact mate. You can see if you wanna apply that to yours instead of totally dropping them out.

Aye, I meant one specifically (0:39), not all of them XD. But ya, that was my main reference point for the projectiles. I’ve recently added some color variation to all the effects (hints of red/green/blue) for color depth.

I was looking at different color palletes. Colder tones seem to head towards purple/red. I do realize that the icicle projectile is starting to look too similar to the arcane shot. Both are fast projectiles and have the same impact lotus. I’ll need to fix that up.

Here’s a basic rendition of where I’m headed for the bottle rework. Some kind of Night-elf Invisibility potion. Textures still need alot of work. Perhaps the bottle pours smoke onto the sphere or something.

Chest still being built. Some wierd optical illusion going on with the reference lol (Warcraft “Sturdy Chest”; bottom brackets don’t make sense from different angles?). I worked around that though so that should be out in a bit.

Okay here’s a more refined version of the idea. I readjusted the bottle’s color scheme (wasn’t paying attention before).

Does the VFX feel connected or it still lacking? What additional features/changes would you make to enhance its quality? Perhaps a faint moon logo beneath the sphere to connect it to the portal?

The caustics mesh and vertex offset is really cool. Thanks Sirhaian and ShannonBerke for the awesome breakdowns!

Here’s some color updates to the VFX. Tried to add some color depth overall.

There’s a distortion effect for the sword. It’s hard to see with the gif’s quality, although you can manually scrub through and see some of it in the original link. I created a cloud mask to break up the distortion some more.

For the bottle, I took a friends suggestion of using “Greymane’s potion ability” as an inspiration. The bottles spinning pretty fast but it looks funky slow/faster than it currently is. I didn’t add a trail because that’d be super noisy imo.

For the chest, I’m having a hard time coming up with an interesting idea. It’s either “drops down and opens” or “emerges and opens”. I wanted to try something cool with distortion.

Perhaps something to do with invisibility as well? Where the chest emerges transparent then de-cloaks like it’s some kind of secret chest? I don’t know about having coins shooting out violently. Maybe shooting upwards and suddenly stopping while spinning fast. Got any cool suggestions folks?

Here’s something I built rather quick (thanks to awesome tutorials). Some kind of short-lasting prismatic spell-shield. The recording speed is potato-chip but the idea is there lol. It’s great that 3dsmax has an icosohedron feature, that made the task alot easier.

I was thinking of the opening colors being red/purple and the closing pallete blue/dark purple. Probably good to signify the start/end of an effect.

. There’s a couple things you could play with I think. One is the timing. Right now the initial pop of the effect feels a little slow. It might be cool to really sell that initial pop by speeding it up, and then followed by significantly slower movement.

Think of your texture scrolling speeds like this, the actual scaling of your objects like this, rotations etc. That will help it feel more satisfying when it pops in and out.

Also the slow fade on everything kinda makes it hard to see the effect at the end.

Overall, you’ve made a lot of great improvements already on your work. Nice job! Keep it up man!

Thanks! I agree, it was pretty slow, hopefully things are more appropriate now.

I sped things up in and out. Add a speckly glimmer effect right before it implodes. I’m having issues with controlling the texture scrolling (wierd bug?) in animator. I understand how to do it, but Unity’s being dumb for some reason.

The portal is now separate. If I can figure out that Liquid shader then I’ll be happy lol. I removed the vertex offset because it has issues related to the camera and bieng a flat plane. I think I’ll change the final particles to spinning spirals instead of the typical oval shape. It was a cool thing I saw in that old 2012 VFX reel.

Wow that was really quick! So next thing I would start thinking about is the spinning rings. Objects with such quick motion usually need motion blur, otherwise they get very jittery and draw the eye. Since engines usually don’t give us this for free, look at the speed your moving something as well as the direction, and give it that appropriate amount of blur in the texture. If it’s something that is moving super quick like your rings, usually a new mesh is needed in order to fit such long streaks on them.

I’m ready for that jobbbb! haha. Olright, is this better? I did a lerp between the normal and blurred. I considered making it light up a little brighter, but I don’t know if that’d look good. I also increased the pull-out size so the ring implosion was clearer.

Apparently I can’t set the shader to additive otherwise opacity doesn’t work. That sucks, so I sorta faked what I know.

Alternatively, I understand that I can just create a taller mesh and increase the blur radius. Then I could just keep the same banding and blur it and have more room. Extra UV space.

Does the spin need to consume more visual space or is it good as it is?